A BRITISH city has highlighted how an eight hundred year old charter could be the answer to its Brexit vows.

Following a series of tweets by Sunday Times Assistant Business Editor Andrew Lynch, The Bristol Post has queried whether the centuries-old right could get the city out of Brexit after it voted overwhelmingly to remain. 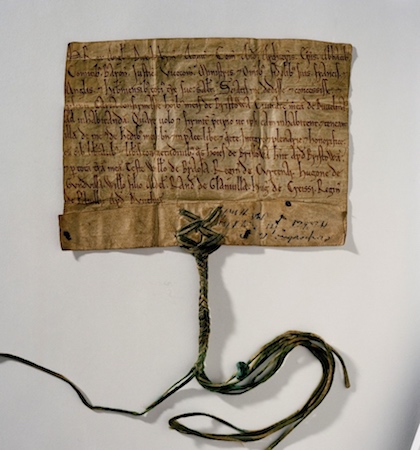 It's pointing to one of the earliest charters in Ireland that gives the men of Bristol the right to live in Dublin city.

The Charter of Henry II: 1171-2 came in the wake of the Norman invasion, when the Irish capital city was seized by Strongbow.

Henry II, keen to assert his power, paid a visit between November 1171 and February 1172 financed by Bristol's merchants.

By way of thanks he issued the charter - one of the earliest found in the Dublin City Archives.

It gave the men of Bristol the right to live in the Irish capital 'ad inhabitanda'.

The charter was written on a piece of parchment measuring just 121mm x 165mm, sealed in green wax.

It is currently stored at Dublin City Library and Archive.

Henry II gave Bristolians the right to Iive in Dublin in 1171. Could this get #Bristol out of #Brexit https://t.co/iflHsPMOOh pic.twitter.com/fKGp07idmN

The Bristol Post has now questioned whether this could be the city's 'get out of Brexit' card at a time when rights to live in another countries post Britain's EU membership are being questioned.

"With Bristolians looking to retain their EU citizenship, and with it the right to live and work without hassle or the need for any visas in 27 countries across Europe, many have been searching for grandparents born in other countries or Irish ancestry," writes journalist Tristan Cork.

"But it seems there could be an answer much closer to hand."

And it would appear the charter was never revoked.

According to historians 'the charter is written right through, leaving no room for additions – a measure taken to prevent fraud'.

You can read The Bristol Post's article in full here.