JOHN LE CARRÉ, the novelist, appeared to be the quintessential Englishman - but his son Nicholas has revealed his father died an Irishman, both legally and emotionally.

After studying at Oxford, John le Carré, the pen name of David Cornwell, taught at Eton before joining the British Foreign Office.

He subsequently served as a diplomat and MI5 undercover agent, initially based at the British Embassy in Bonn in West Germany— where he witnessed the construction of the Berlin Wall.

His fascination with Cold War spy activities began during this time, ultimately leading to his award-winning espionage books.

Le Carré has been described as the finest thriller writer of the 20th century, someone who revolutionised the genre.

His novels, which include Tinker, Tailor, Soldier, Spy, The Spy Who Came in From the Cold and Smiley's People, gained him international recognition and over 20 awards and honorary degrees.

Despite appearing to be in essence the typical Englishman, le Carré was so disillusioned by the 2016 Brexit vote that he applied for Irish citizenship. 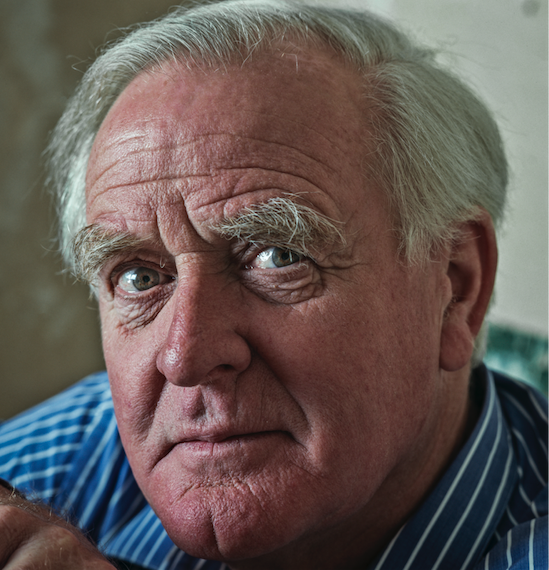 He was entitled to Irish nationality through his Co. Cork grandmother Olive Wolfe.

In a new BBC documentary A Writer and His County, Nicholas Cornwell reveals his father's disillusionment with modern Britain and his disgust with Brexit in particular.

Le Carré was a forthright supporter of the EU and European integration.

Le Carré’s son said that political developments in Britain had driven the writer to research and then embrace his Irish heritage, subsequently leading him to take Irish citizenship.

Nicholas told the BBC that he gave his father an Irish tricolour on his 88th, and last, birthday.

"One of the last photographs I have of him is him sitting wrapped in an Irish flag, grinning his head off," he said.

"He died an Irishman.”

"When the archivist who was helping him to research his roots in Skibbereen said 'welcome home', it was vastly moving for him, a huge emotional shift, an awareness of history and self which had genuinely eluded him his whole life," he said.

At the time of his death, le Carré’s friend, the Co. Wexford novelist John Banville, confirmed that the writer had researched his family roots in Inchinattin, near Rosscarbery, Co. Cork and had applied for an Irish passport.

John Minihan on a day in London with Bacon and Burroughs