One of Ireland's most recognisable symbols is honouring those affected by the 2011 Japan tsunami as part of a unique collaboration.

Designer Paul Costelloe has has created a bespoke version of the iconic ring to honour the memory of those who died and were affected by the tsunami.

The ring is being produced in the city of Kamaishi, which along with the Tohoku region, was destroyed in the disaster six years ago.

Thousands more were injured and as many as 3,000 people are still listed as missing.

"Japan is a country which has experienced colossal disasters and tragedies on many occasions throughout its long history," Costelloe told The Irish Post.

"With the Claddagh Ring representing hope, love, friendship and remembrance, its symbolism links well with the importance of remembering those who have been lost, the importance of friends, families and loved ones in times of distress.

"It also highlights the importance of not suffering alone and showing solidarity with those who have experienced tragedy and loss," he added. 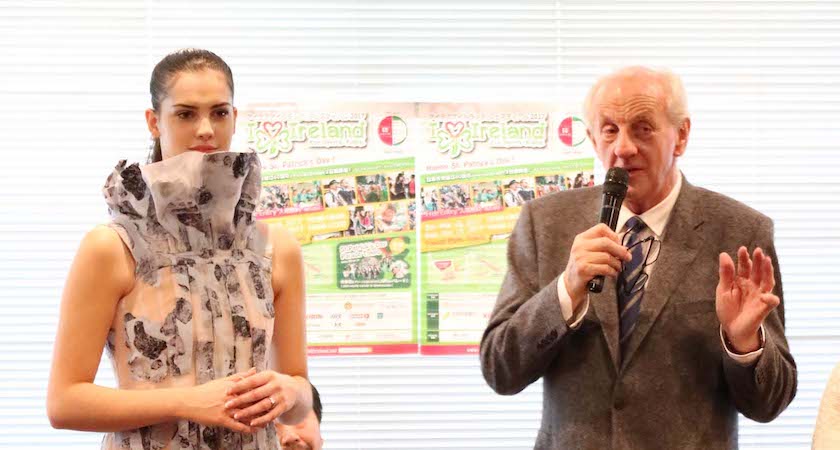 Designer Paul Costelloe speaking about the inspiration behind the Claddagh ring

The London-based designer said he also wanted to contribute in a small way to development and recovery in the region.

"The metal used in the ring, Cobarion, is made exclusively in Iwate Prefecture as well as the magnolia wood box which was sourced from the region," he said.

"There is still so much rebuilding to do along Japan's east coast and with key industries such as fishing being heavily damaged in the disaster, finding new innovative ways to boost economic growth in the region was a real driver to be involved."

"Although it is an international project, it is still such a local project, due to all materials being sourced locally and working so closely with our team in Kamaishi to get the design and detailing right to appeal to Japanese consumers," he said. 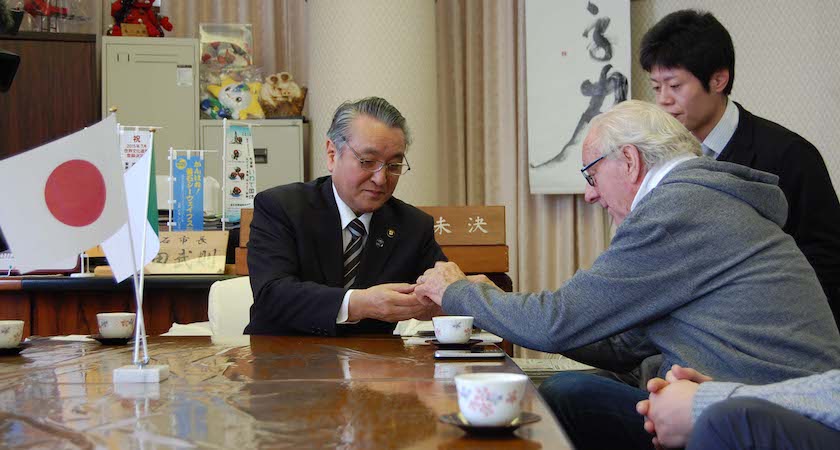 The ring has been produced with the help of local craftmakers

The ring, a combination of Irish design and Japanese technological skill, has been styled to tell the story of the tsunami and the country's recovery - how love and friendship can conquer chaos.

Created in partnership with Eiwa Co. Ltd. of Kamaishi in Japan’s Iwate Prefecture, it features an undulating diamond cut wave around the band and a crown of towers above a heart.

The words 'love & friendship' have been etched on the back of the Claddagh ring, which first appeared in Ireland in the 17th century.

Irish touches also flow through in the presentation box - made from Japanese beech ingrained with traditional Celtic symbols.

The box is lined with linen made by Emblem Weavers in Co. Wexford - a material used by Costelloe in his Spring Summer 2017 catwalk collection, which was exhibited at London Fashion Week last September. 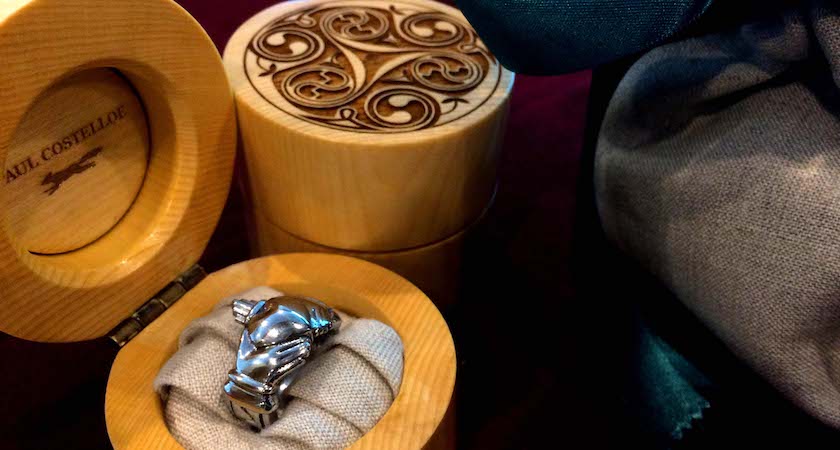 The ring's Irish features have been extended to its presentation box, which includes Wexford linen

The collaboration also comes at a significant moment for Irish-Japanese relations - 2017 is the 60th anniversary of the establishment of diplomatic relations between the two countries.

"Coming six years after the earthquake and tsunami which, along with large tracts of Japan's east coast, decimated the Tohoku region and the city of Kamaishi where our Claddagh ring is being produced, and with this year being the 60th anniversary of Ireland-Japan relations, a co-developed Ireland-Japan project seemed very appropriate," said Costelloe, who has been a designer for over 40 years.

The trip this month was Costelloe's first to Japan for a number of years.

"We had the privilege of experiencing the incredible Japanese hospitality, openness and respect which is truly inspiring and humbling," he said.

"These are traits that as Irishmen we pride ourselves in showing to visitors and shows deep emotional similarities between Ireland and Japan. 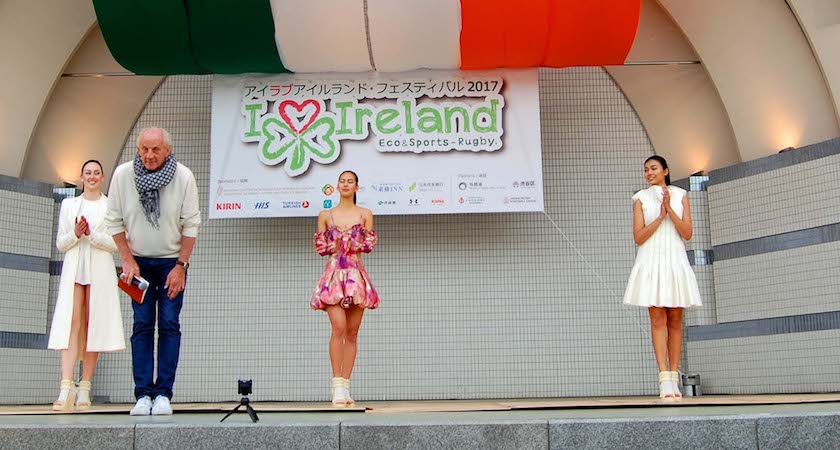 The designer at Japan's 'I Love Ireland' festival earlier this month

"It is a wonderful time to be Irish and engaging with Japan as we look towards the tour of the Irish rugby team to Japan this summer as well as the Rugby World Cup coming to Japan in 2019.

"Kamaishi is one of the host cities for a number of the RWC matches and we hope this will bring a big boost to the recovery efforts as well as educating visitors from around the world of the tragedy that struck here six years ago."

A percentage of revenue from the sale of the rings - currently only available in Japan -  is also going towards rebuilding efforts in Kamaishi and Iwate Prefecture.

NHK, Japan's state broadcaster, will broadcast a documentary on the project on April 5.