THERE WAS triple the joy for two different families in Co Down recently as two sets of triplets were born at the same hospital within 24 hours of each other.

The very next day, three baby girls named Libby, Evie and Annie were delivered at the hospital and handed to their proud parents, Claire and Johnny Stewart. 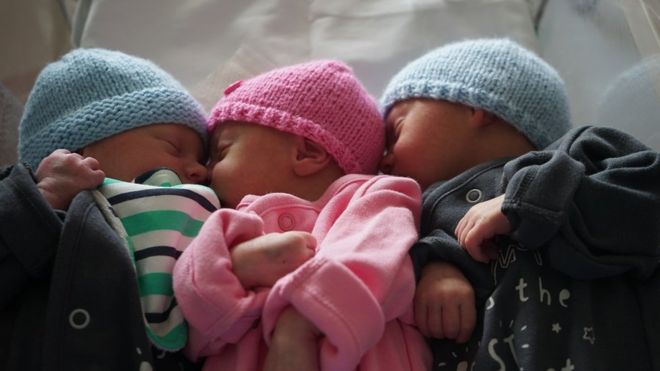 The chances of conceiving triplets are about one in 1000, so the chances of one hospital welcoming two sets in two days is unusual—especially since Ulster Hospital says it had been years since they had last delivered triplets.

The new parents were pictured looking tired but proud and happy, holding on to their little ones in the neonatal ward in preparation for bringing them home. 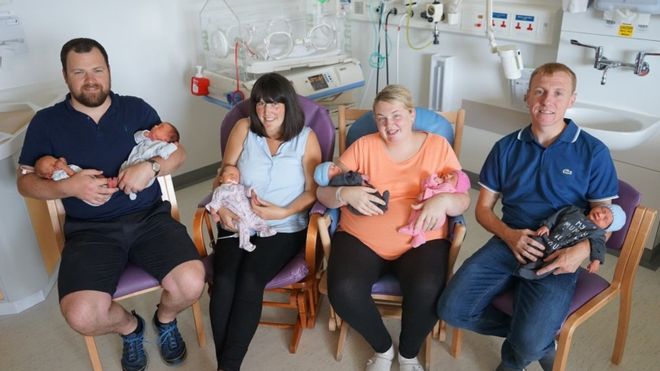 The start of a wonderful journey: the parents with their new children. (South Eastern Health Trust/Facebook)

Claire Stewart, mother of the three baby girls, told the BBC “One of my first responses was: ‘I’m so glad my mum’s retired.

“The practicalities did come into my head – I only have two hands, what do I do with the third one?

My mum is signed up to move into the spare room!” 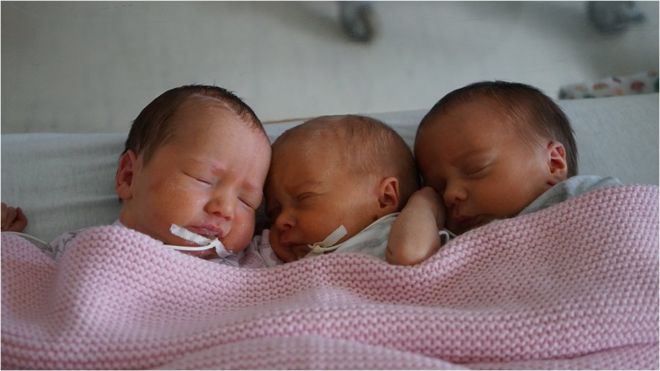 Mrs Stewart added that twins run in her family, and that her younger siblings are twins themselves. This knowledge didn’t prepare the couple for the news of triplets though, with husband Johnny saying he was glad he was sitting down when he heard the news.

“I remember just listening to the consultant say ‘do you want to hear something interesting?’ He said it was twins—before we had a chance to recover from that he said ‘Actually hold on a minute—it’s triplets.’”

All six of the babies were born healthy, and the parents should be able to bring the new additions to their family home very shortly.

There must be something in the air up in County Down.

A multi-million pound project will transform the village of Hillsborough in Co. Down