ST PATRICK'S Day brings out the very best in all things Irish all over the world.

In fact, the Feast of Saint Patrick is celebrated in more countries than any other national festival, with the Irish diaspora stretching far and wide. That's most notable in North America where, each year, a raft of special St Patrick's Day themed episodes of some of your favourite TV shows, past and present, have appeared over the years.

Here are 10 of the most memorable efforts, in no particular order. 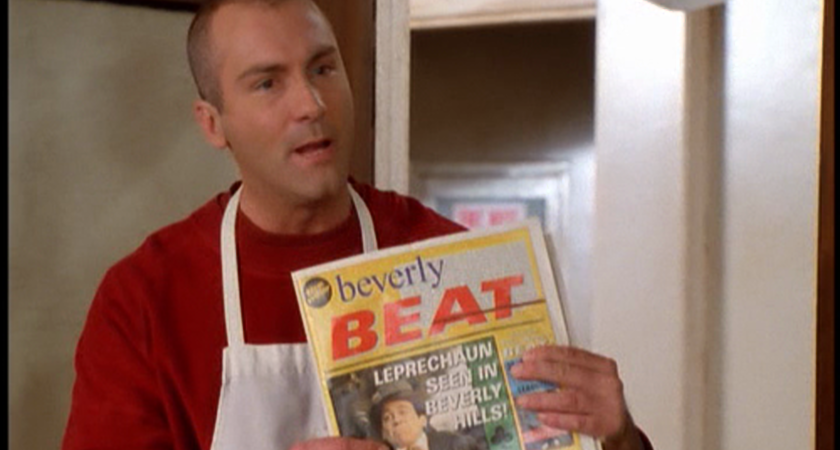 This Paddy's Day outing saw Steve (Ian Ziering) come up with a publicity campaign for the newspaper he works for, Beverly Beat: pay someone to dress up as a leprechaun and set up a competition offering a "pot of gold" to whoever catches him. Unfortunately, a local butcher takes it seriously, catches the man and then demands a reward. Only problem is Steve can't pay...

Liz Lemon (Tina Fey) decides to spend St. Patrick's Day holed up in her apartment with her new boyfriend (played by X-Men's Chris Marsden) in a bid to avoid the annual parade celebrations. Unfortunately, her deadbeat ex Dennis (Dean Winters) turns up out of the blue and ends up driving a wedge between Liz and her new beau - with hilarious results. 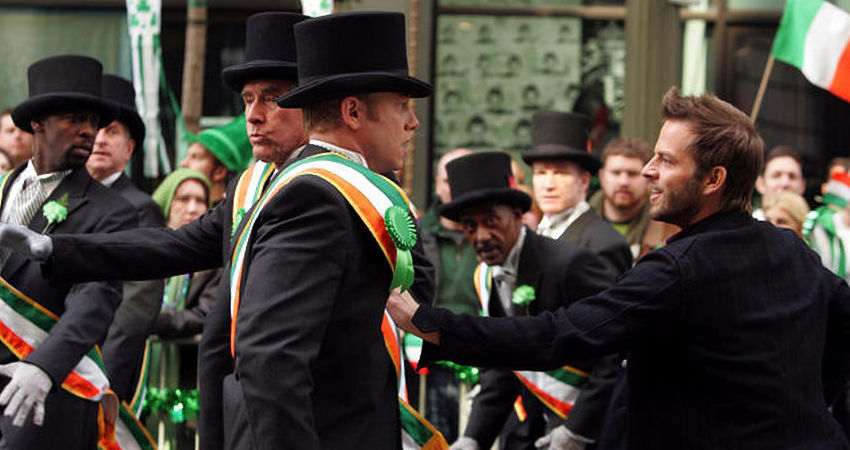 A double homicide involving two journalists investigating a story about gold fraud occurs the day before St. Patrick's Day - could the two things be connected? Probably not, but that doesn't stop the CSI gang from investigating a potential link, prompting one memorable mid-St Patrick's Day arrest scene. Talk about timing. 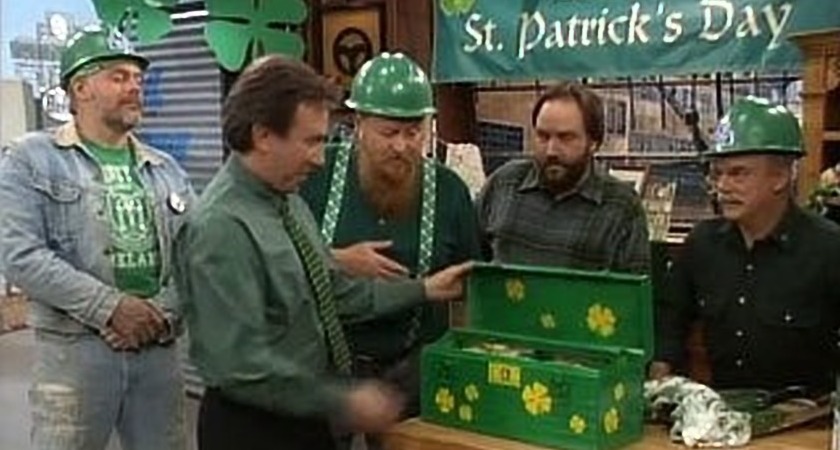 It's St. Patrick's Day on Tool Time, and the boys from K&B Construction show up on set for a celebration that ends in calamity for Tim in this green-tinged episode. Meanwhile, Wilson takes a three-day holiday while his house is fumigated. While he’s away, Wilson’s niece, Willow, stays with Tim but goes missing after a raucous St Paddy's Day night out. 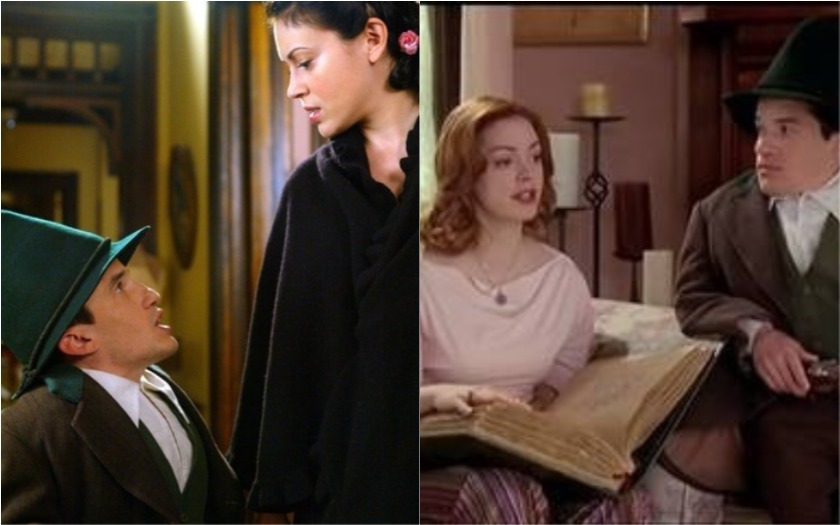 A Reptile Demon named Saleel is killing leprechauns and stealing their magic and the Charmed girls are the only ones who can help. To boost their hopes of vanquishing the demon, a leprechaun grants the trio "good luck" in a bid to help them fight the demon but - surprise, surprise - it doesn't go quite as planned with the gang taking full advantage of their new powers.

Michael Scott (Steve Carell) clashes with his boss, played by Kathy Bates, on her last day at the Scranton branch after she makes the whole office stay late at work on St. Patrick's Day - one of his favourite days of the year and a day Michael believes is "the closest the Irish get to Christmas".

Sabrina is granted three wishes by a leprechaun and uses one of them to turn her pet cat, Salem, back into a real boy. The new power soon goes to Salem's head though and he begins to hatch a plan to take over Sabrina's school and, eventually, the world. She needs help and there's only one person who can save the day: the leprechaun. 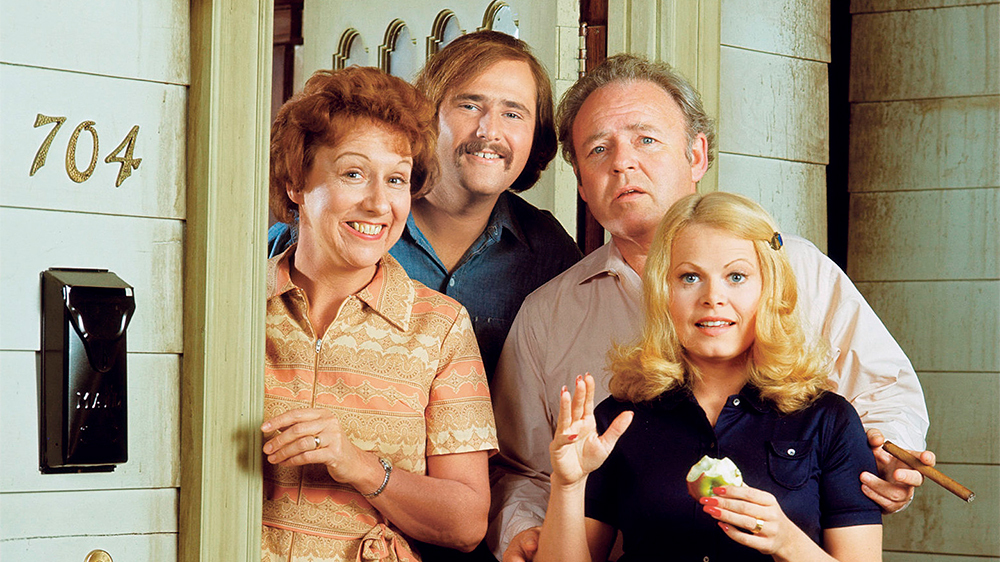 Archie's long-suffering wife Edith is diagnosed with phlebitis, and ordered her to stay off of her feet. However, with the bar being busy during St. Patrick's day holiday, she feels compelled to ignore the advice with comedic results. This episode of the US version of the British TV comedy favourite, Till Death Do Us Part  ended up being Jean Stapleton's last, with the character subsequently killed off in heartbreaking circumstances.

On St Patrick's Day, Ted follows Barney to a bar to party like there's no tomorrow, but is soon left feeling regretful over the experience after a rowdy night on the tiles with his best friend, who wakes up in a garbage dumpster. And that, kids, is how Ted celebrated St. Patrick's Day before he met your mother.

The escalating St Patrick's Day prank war between Cheers and Gary's Olde Towne Tavern took a turn for the worse when Sam and the gang discover their rival's pub has been bulldozed to the ground. But, as is often the case with the Bar Wars episodes, everything is not as it seems with the guys eventually forced to strip naked as part of a memorable St Paddy's Day forfeit.