WILLIE CARLIN, in many ways, is just like any other Irishman in his 70s.

He adores his children, plays country music and loves nothing more than a long-distance run.

He keeps up-to-date with current affairs, identifying as a news and politics junkie.

He tutors secondary school students, training their memories in preparation for exams.

And most importantly, he is a devout Catholic, who, to this day, goes nowhere without his St. Joseph’s prayer.

Except there’s one thing that brings an extra to the ordinary about Carlin’s life - he lives undercover.

Exposed as an MI5 spy in 1984, Carlin and his family were forced to abandon their hometown of Derry and rebuild a life from scratch in Britain.

It’s been twenty-five years and it’s still not safe for Carlin to return to Northern Ireland.

And even here in Britain, he is always on guard.

And yet, he still wants to tell his story.

Carlin may be living undercover, but he’s not going to go into hiding.

“If I’m living in the public domain and I’m out and about and people know who I am, there’s less chance of someone shooting me,” he says.

To understand Carlin’s present, you need to revisit his past.

His ties to the British government were fastened when, at the age of seventeen, he enlisted in its military.

It was during a visit home to Derry when he met Mary, with whom he soon began corresponding through letters and phone calls.

They married in the summer of 1969 and moved to Dorchester together, where Carlin continued his military duties.

In 1974, after an emotionally turbulent five years, they both felt it was time to return to Ireland.

Mary was pregnant again and their first child, Mark, was ready to start school. 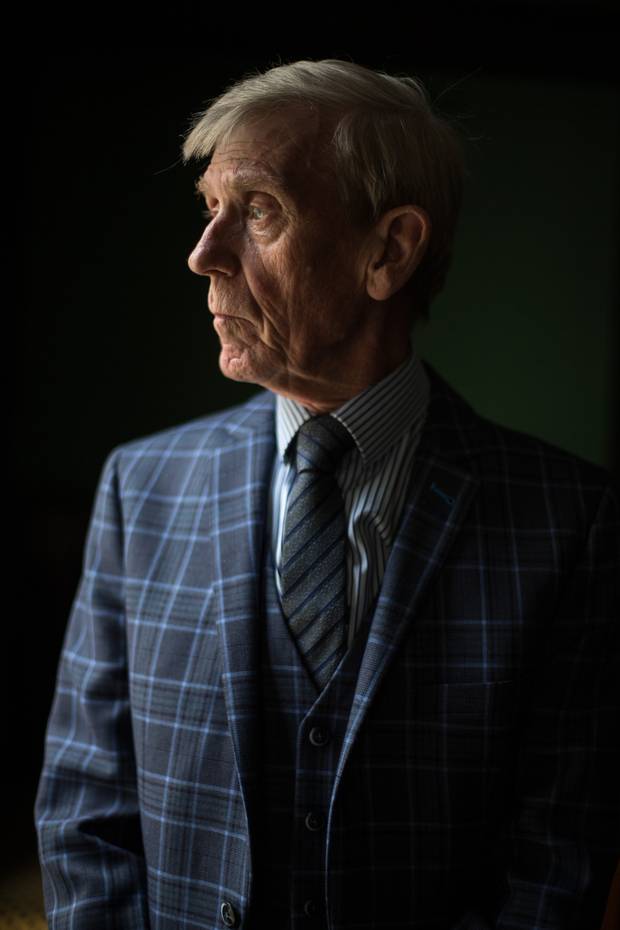 Carlin has been in hiding for 25 years

However, their plans to resettle in Derry called for careful consideration.

The political climate of Northern Ireland was dangerous for any family, let alone one of an ex-British soldier.

Carlin was also excelling in his career and was discouraged from uprooting such a stable position.

They were at a standstill. Their hearts drew them to Ireland, but their heads bound them to England.

In the midst of all this uncertainty came an offer that Carlin felt he could not ignore - to work as an undercover agent for MI5.

As a Northern-Irish nationalist with a British military background, Carlin was deemed to be the perfect candidate to infiltrate the tight-knit Derry community and monitor its political developments.

After wrestling with the idea for two weeks, he accepted the proposal.

“I did it to satisfy Mary. My marriage was very important to me,” he reflects.

Instructed to gather intelligence on the political sentiments in Derry, Carlin quickly got to know the local people.

Rather than slithering in weeds and squinting through binoculars, he solidified his presence in the community by helping out with on-the-ground projects.

Despite enjoying the job, Carlin grew concerned for the safety of himself and his family.

He distrusted his MI5 handler, Ben, whose alcoholism finally led him to cut ties.

He walked away from the organisation in 1980, carrying a payment of £2,500 and a heavy sense of relief.

Little did he know at the time, his role as an undercover agent was far from over.

Horrified by the IRA’s shooting of census worker Joanna Mather in 1981, Carlin was determined to return to undercover work.

He joined the Force Research Unit, a block of the British military that dealt specifically with Northern Ireland.

The FRU was concerned with one thing and one thing only - the IRA.

Carlin, now familiar with the inner workings of the Derry community, took his own approach to this assignment.

Having witnessed the brutality of the IRA’s botched killings, he began to work with them to combat the risk of further bloodshed.

“I said to them, ‘I’ll see to it that some of you guys get employed, because you know you guys aren’t IRA twenty-four hours a day’.”

It wasn’t long before he found himself climbing through the ranks of Sinn Fein.

His practical nature earned him his reputation as the go-to man in town.

“I fell in love with the idea that these people needed help and I was the person they were coming to”, he says.

Carlin was almost at the top of the ladder when the rungs came collapsing beneath him.

In 1985, he was informed of the news that his former handler, Ben, had revealed his identity to an IRA member.

The IRA’s counter-intelligence team, ‘The Nutting Squad’, were closing in on Carlin and it would be only a matter of hours before he was killed.

Carlin and Mary packed their belongings, woke their children and fled their Derry home. Carlin recalls the surrealness of boarding the getaway plane in Belfast.

“Out we went onto the tarmac and there was this white jet, RAF signs on it. As we stepped onto the steps they saluted us. They must have thought, ‘Who the fuck is this coming?’”

It was only after that they realised this was no ordinary aircraft; they had escaped Ireland on Margaret Thatcher’s ministerial jet.

Unbeknownst to Carlin at the time, this day would mark the end of his career as an undercover agent.

His hopes of resuming work were destroyed when he was finally told, ‘Nobody will debrief you - you’re just going to disappear’.

But after a lifetime fuelled by adrenaline, this was easier said than done.

In the early months of living in England, he found himself battling the withdrawals of such a high.

“I was bored to death. Excitement was getting a guitar out and trying to learn a new song”, he said.

While he has since reconstructed a life in Britain, Carlin is pained by his inability to return home.

When his daughter Maria was killed in a car accident, he was advised not to attend the funeral.

“They told me if you go there you will become the news and your daughter won’t be buried with dignity.”

He now lives a quieter life at an undisclosed location with his family in England.

His days as an MI5 spy may be behind him, but he’s still one busy man.

The acclaim of the book has prompted him to write a sequel, ​Thatcher’s Spy: The Afterlife​, which will detail his more recent endeavours.

And there’s even talk of a film adaptation.

Despite the successes of the past year, Carlin hasn’t forgotten his roots.
He speaks fondly about Ireland, reminiscing on its laid-back culture and friendly people.

When asked what he misses most, he doesn’t hesitate: “The music and the craic! I find that there’s no sense of humour in the English. They’re always complaining!”

Ryanair to cease all flights to and from Northern Ireland