A video has emerged which appears to show a badger and a coyote, trotting along a trail like two old friends.

The remarkable footage was shared online by a Californian wildlife protection group, and whether the two critters are hunting, playing or just nattering away in animal-speak like two old-dears waiting at the bus-stop doesn't really matter - the fact is they're friends and that's amazing.

The video, which was captured at night, by a remote sensor camera, used to study how wildlife moves across the southern Santa Cruz Mountains, shows a coyote approaching the entrance to a pipe, which runs underneath a highway. 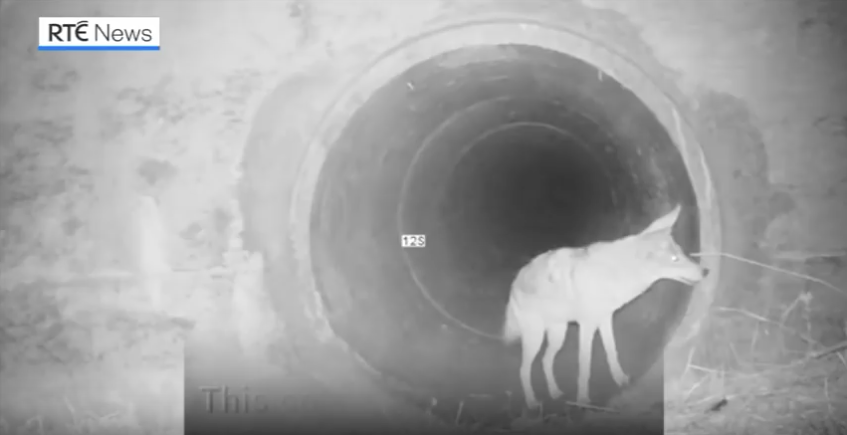 The coyote waits for his badger friend (RTE)

It then turns around and playfully jumps in the direction of something just off screen.

You'd presume it was a coyote relative of his, or perhaps a mate, which makes things all the more adorable when you see a badger slope into the picture.

The coyote waits patiently for the badger to catch up, then the two set off down the pipe together.

As lovely as this clip is to witness, it's apparently not uncommon for coyotes and badgers to hunt together, as they complement each other's hunting styles.

And even playfully leaps at the badger

What is extraordinary though is the playful manner with which they seem to be interacting, leaving experts rather baffled.

Usually, the relationship between two such creatures would be strictly business, but it genuinely appears that these two are good friends.

And doesn't that just warm your heart?