A teenage boy has been found guilty of raping and murdering schoolgirl Alesha MacPhail.

The six year-old disappeared last July, when on holiday with her family in the Isle of Bute, Scotland.

The killer, who cannot be named because of his age, took Alesha from her bed in the holiday apartment she was staying in with her father and grandparents in Rothesay and – using a knife to silence her – carried the child to the grounds of a disused nearby hotel where he raped and smothered her.

A post-mortem found she died from “pressure to neck and face." Fibre from the teenage killer's boxer shorts were found on the dead girl’s pants.

The schoolgirl suffered suffered 117 separate wounds including “catastrophic” sexual injuries before and after her death in the violent attack, with the pathologist telling the jury at the High Court in Glasgow he had never seen anything like the injuries inflicted on her private parts.

Addressing the killer, the judge, Lord Matthews, said he had committed “some of the wickedest, most evil crimes this court has ever heard in its long history of dealing with depravity."

The killer had attempted to blame the killing on Toni McLachlan, the girlfriend of Alesha’s father, Robert.

As part of his defence, he said he had been in a sexual relationship with Ms McLachlan and claimed he had sex with her the night Alesha went missing. He claimed she then took a condom and “planted” his DNA at the scene of the murder. 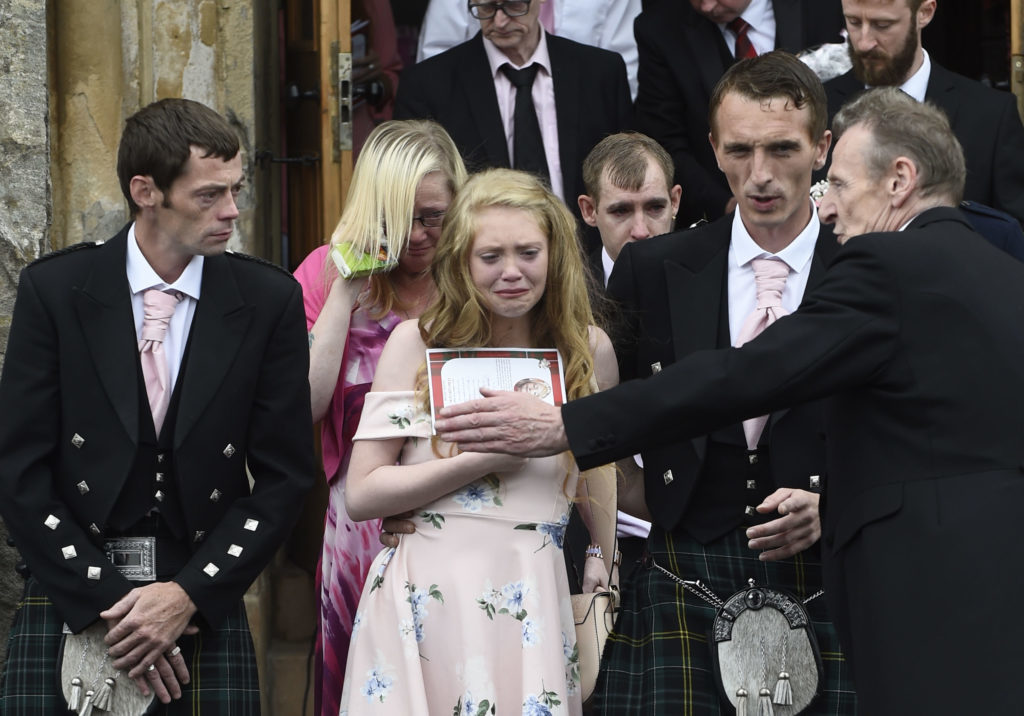 Mother Georgina Lochrane leave after the funeral of six-year-old Alesha MacPhail from Coats Funeral Home on July 21, 2018 in Coatbridge, Scotland. Alesha MacPhail’s body was found on the Isle of Bute earlier that month. (Photo by Lesley Martin - WPA Pool/Getty Images)

The jury rejected this defence, siding instead with CCTV footage that placed him at the scene of the attack and the overwhelming DNA evidence against him.

In a statement to the court,  Alesha's mother Georgina Lochrane said she could not express how devastated she was to have lost her "beautiful, happy, smiley wee girl."

She said: "I am glad the boy who did this has finally been brought to justice and that he will not be able to inflict the pain on another family that he has done to mine. Alesha, I love you so much, my wee pal. I will miss you forever."

Alesha lived with her mother in Coatbridge, Lanarkshire, but was on the holiday island in the Clyde to spend three weeks with her father and grandparents. 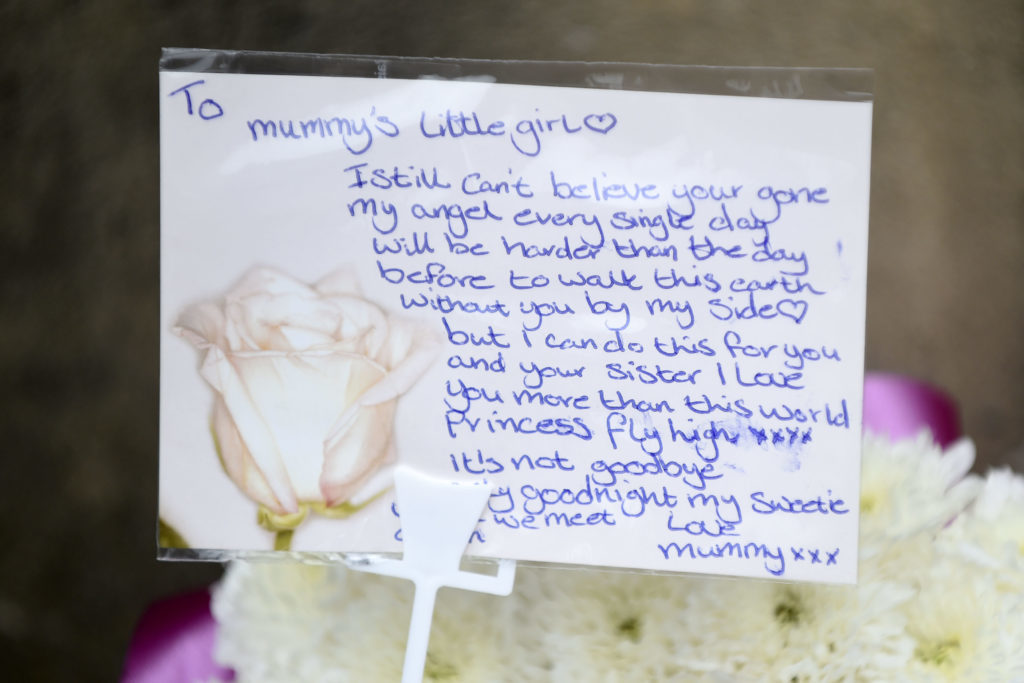 A note on flowers from mother Georgina Lochrane at the funeral of six-year-old Alesha MacPhail at the Coats Funeral Home on July 21, 2018 in Coatbridge, Scotland. (Photo by Lesley Martin - WPA Pool/Getty Images)

Supt Stuart Houston welcomed the verdict, saying that he hoped it would “bring some comfort to the family and friends of little Alesha MacPhail who have been through the most horrific ordeal”.

Praising her family’s bravery, he added: “Alesha’s senseless and barbaric murder shocked the small community on Bute and people across Scotland. The effects of her death are still being felt today.”

Sentencing will be completed this week and Judge Lord Matthews will also hear an application to lift reporting restrictions on naming the convicted teenager.