Arlene Foster has insisted the DUP will not support Theresa May’s Brexit deal if it is put to a vote again in the House of Commons.

Her comments are a huge blow to Mrs May’s hopes of getting her Brexit deal through at the third attempt on a day when Jacob Rees-Mogg and Boris Johnson said they would reluctantly row in behind the offer.

Mrs May has said she will resign as prime minister by the second phase of the Brexit negotiations if she can get her deal across the line.

Chair of the ERG Rees-Mogg had initially said he would back the proposal if the DUP could be convinced of its merits and fears over the backstop where allayed.  He later said he would still back the deal even if they abstained on the vote. 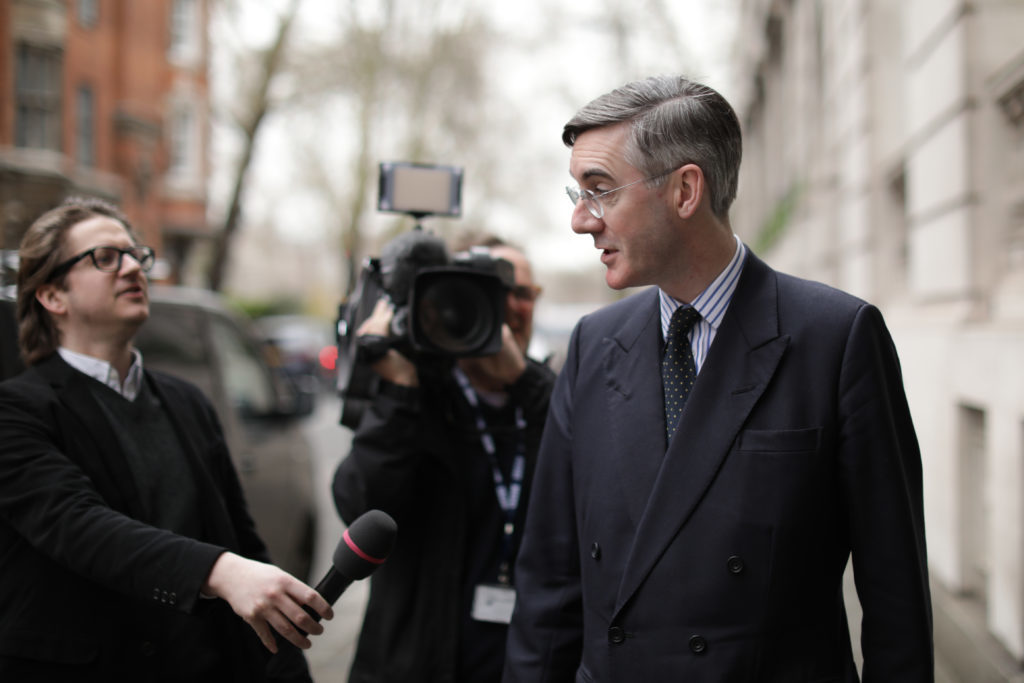 LONDON, ENGLAND - MARCH 27: MP Jacob Rees-Mogg speaks to the media as he arrives at the Millbank Studios on March 27, 2019 in London, England. (Photo by Dan Kitwood/Getty Images)

But Foster appeared to scupper that notion with her comments on Wednesday evening.

She said: “What we can’t agree to is something that threatens the union, that has a strategic risk to the union.

“For us in the Democratic Unionist Party, the union will always come first and that has been the issue right from the beginning of all of this.”

The DUP released a statement outlining their fears over the current backstop arrangement at the end of the proposed implementation period a few hours earlier.

“All concerned recognise the need to ensure that as we leave the European Union the economic and constitutional integrity of the United Kingdom is maintained,” they stated.

“However, given the fact that the necessary changes we seek to the backstop have not been secured between the government and the European Union, and the remaining and ongoing strategic risk that Northern Ireland would be trapped in backstop arrangements at the end of the implementation period, we will not be supporting the government if they table a fresh meaningful vote.” 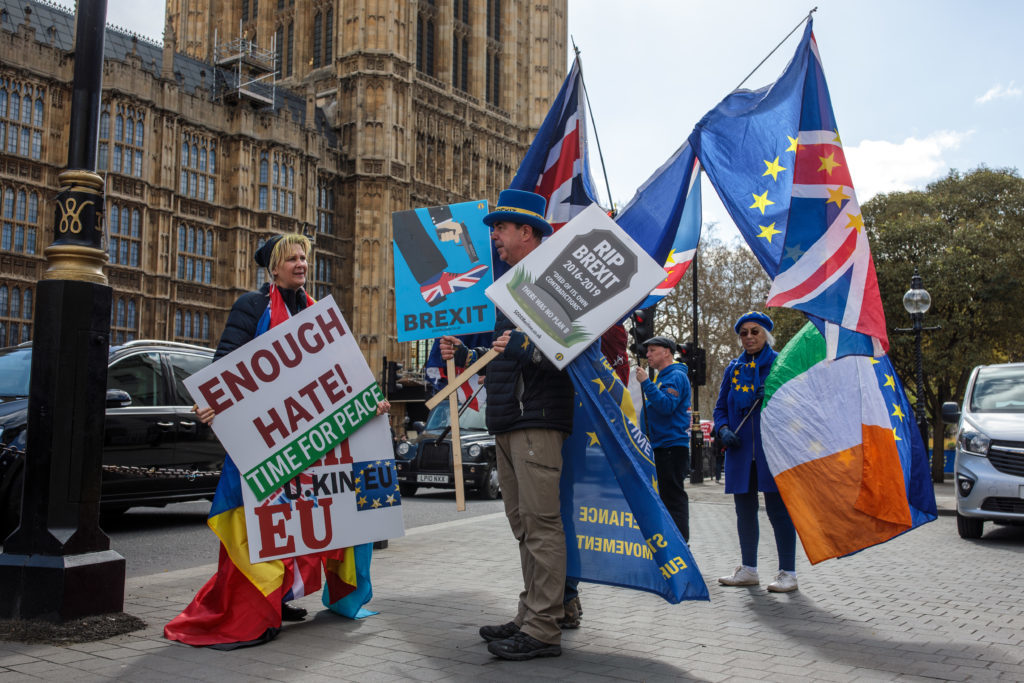 Anti-Brexit protesters demonstrate with flags outside the Houses of Parliament. (Photo by Jack Taylor/Getty Images)

Rees-Mogg said that, while the deal is "deeply unsatisfying", he now believed it is the only way to leave the EU.

"We are in a terrible constitutional muddle, we have a broken-down relationship between the executive and legislative," he said.

"In those circumstances, the deal that Mrs May has got, with its many faults, is at least leaving the EU.”