A juvenile barn owl, Tyto alba, peers from its nest hole in the trunk of a tree. (Getty)

THE barn owl population in Ireland is set to rise once more thanks to the valiant efforts of conservationists.

Once found everywhere in Ireland, the barn owl population has been in decline in recent years, becoming Red-listed in Ireland and noted as Declining across Europe due to their rarity.

It is believed that the species, who shriek rather than hoot as other owls do, may be behind the ancient Irish legend of the Banshee, who it is famously said can be heard screaming when someone close to you is about to die. 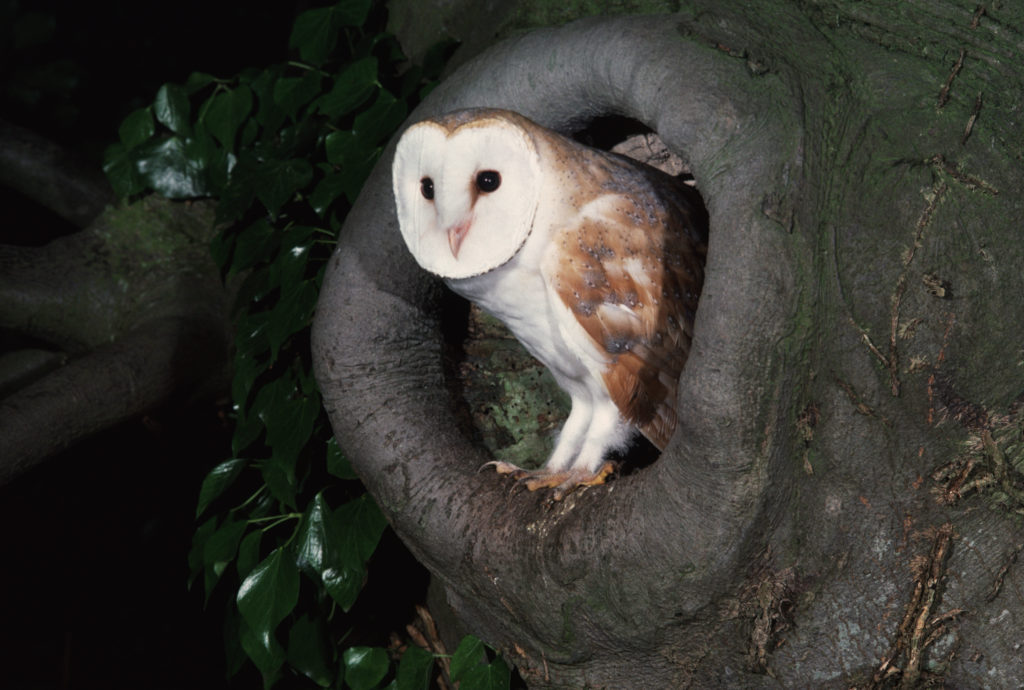 A juvenile barn owl, Tyto alba, peers from its nest hole in the trunk of a tree. The shriek of the bar owl could be behind the legend of the Banshee (Getty)

The ghostly white owls are still scarce residents of central and southern Ireland, according to Bird Watch Ireland, but they no longer breed in large patches of northern, western or eastern Ireland.

Now, however, thanks to the conservation efforts of Bird Watch Ireland, a project hoping to bring back the numbers of the nocturnal animal seems to be having the desired effect, according to RTÉ News.

Bird Watch Ireland volunteers in County Cork, assisted by Cork County Council, have been building and installing nest boxes to help the vulnerable species to safely breed and regain their numbers in Ireland.

No mean feat! All 25 kilos of a Barn Owl nest box being put in place by @BirdWatchIE volunteer @AlanMc_23 & friend Jaime Darby - one of 15 external boxes being built as part of a conservation programme. More 6.01 @rtenews #birdsofprey pic.twitter.com/l9gC0SSdrD

RTÉ News reports that the National Biodiversity Action Plan will see a number of these boxes be placed across Cork in an effort to reverse the population decline, which is partly due to the owls being killed by rodenticides in their prey.

You can help Bird Watch Ireland in their efforts to make Barn Owls flourish once more by sponsoring a Barn Owl Nestbox-- you can find more details here.