A LARGE group of campaigners gathered in London to mark the 50th anniversary of the Bloody Sunday atrocity.

The event, organised by the Terence MacSwiney Commemoration Committee [London], brought MPs together with Troubles victims outside the Houses of Parliament to commemorate the lives lost in Derry on January 30, 1972.

On that day 13 innocent civilians were shot dead by members of the British Army's Parachute Regiment at a march protesting internment without trial.

The keynote speaker for the Westminster memorial event was Gerry Duddy, whose brother Jackie Duddy was just 17 when he was killed in the tragedy. 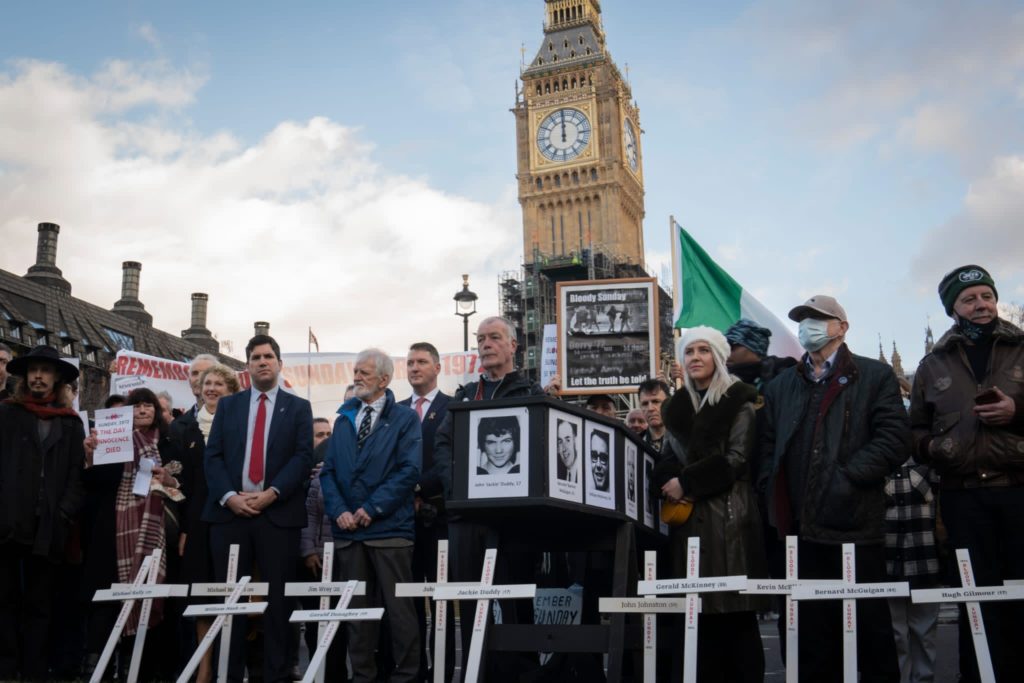 The teenager’s body was famously photographed being carried behind Fr Edward Daly as he waved his bloody stained handkerchief.

Labour MPs Diane Abbott and Richard Burgon were also in attendance at the event, while a message of support was read out from fellow MP John McDonnell.

John Finucane, the Sinn Féin MP for North Belfast - and son of the murdered human rights lawyer Pat Finucane – also spoke at the event, telling the crowds of his family’s own struggle to achieve truth and justice for his father.

Frank Glynn, Chair of the Committee, was one of the organisers of the event.

“The occasion was also an opportunity to protest this current Tory government’s proposed amnesty for British Crown forces,” he told The Irish Post. 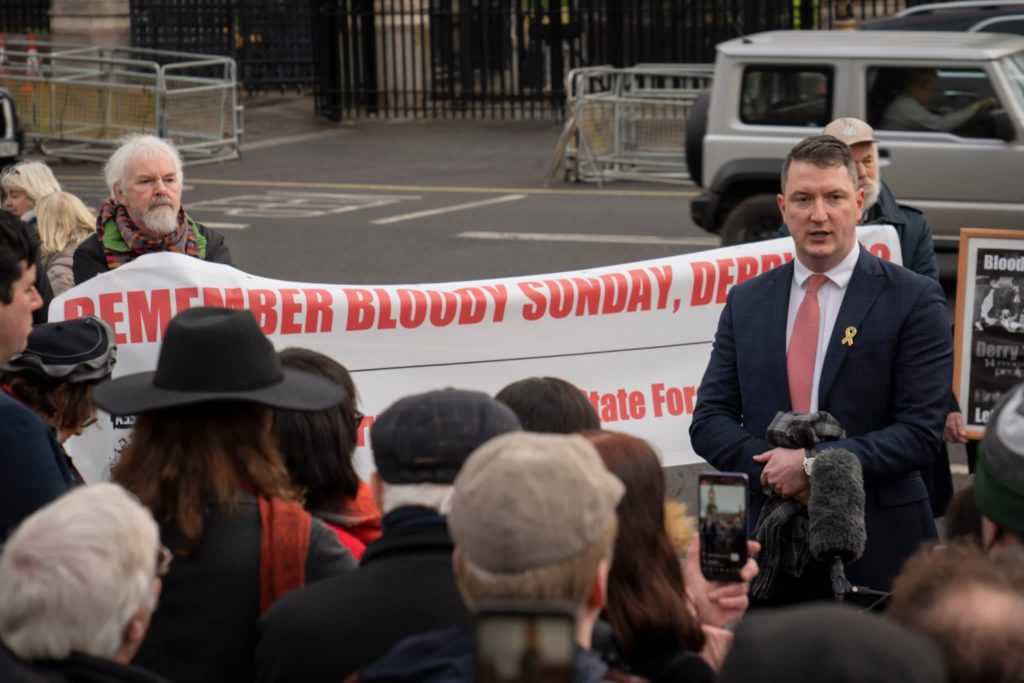 Cross-party MPs spoke at the event

“MPs from other parties were invited to attend and the Committee strove to ensure it was non-party political,” he added.

“Shelly Asquith was present to read a statement on behalf of Stop the War Coalition and we were also joined by longstanding political activists in the Irish community Jim Curran and Sean Hughlahan, who respectively opened and closed proceedings,” he explained.

“It was unfortunate that the event received no official support or representation from the Irish government.

“It was entirely organised on a voluntary basis by the members of the Committee and our supporters.”