BOY GEORGE is to set to follow in the footsteps of Freddie Mercury and Elton John with his very own Hollywood biopic.

According to Deadline, MGM is developing a film based on the life of the Culture Club singer that will focus on his upbringing in an Irish working-class family and breakout success as the lead singer of the band Culture Club.

Born George Alan O’Dowd, Boy George was the second of five children born to Gerry and Dinah O’Dowd and raised as part of a working-class Irish Catholic family in Woolwich, London.

His father was born in England but was of Irish descent, while his mother came from Dublin, having moved to escape the stigma of being an unmarried mother at the time.

Boy George went on to achieve global stardom as part of Culture Club, scoring a string of hits with songs like Do You Really Want to Hurt Me, Time and Karma Chameleon.

To date, he’s sold more than 100 million singles and 50 million albums as a performer and writer and was previously the focus of a television drama that saw British actor Douglas Booth play the singer. 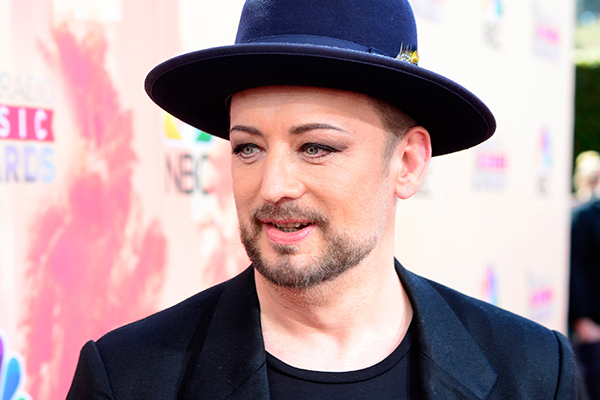 Sacba Gervasi is attached to write and direct the new film, with Kevin King Templeton, a producer on MGM’s two “Creed” movies, also signed on.

Gervasi’s previous credits include The Terminal and Hitchcock, while he also directed the award-winning documentary Anvil: The Story of Anvil.

“We couldn’t be more thrilled to be working with both of them to bring this remarkably honest and wildly entertaining tale to audiences around the world.”

MGM is also developing an Aretha Franklin biopic with Jennifer Hudson in the central role.