THE PRESIDENT of Brazil has tested positive for Covid-19.

President Jair Bolsonaro confirmed to reporters yesterday, Tuesday 7 July, that he had taken a test and "it came back positive".

"There’s no reason for fear," he told the press conference. "That’s life. Life goes on."

"I thank God for my life and the role I’ve been given to decide the future of this great nation that is called Brazil.”

The 65-year-old has repeatedly played down the effects from the virus, calling it a "little cold", flouting social distancing measures and refusing to wear a mask until a court ordered him to wear one in public for others' protection.

Brazil is the second-worst affected country from the coronvirus pandemic after the United States, with 1.6 million confirmed cases and over 66,700 deaths.

Similar to US president Donald Trump, Bolsonaro has been clashing with Governors who took the virus seriously, closing beaches and businesses and ordering a lockdown, measures which the far-right president called "overblown".

He continued to downplay the effects of the respiratory virus at the announcement yesterday, where after he told reporters he was carrying the disease, he removed his mask, smiling, and said

He went on to thank "all those who have been praying for me" and told those who were criticising his approach to the virus, "no problem, carry on criticising as much as you like". 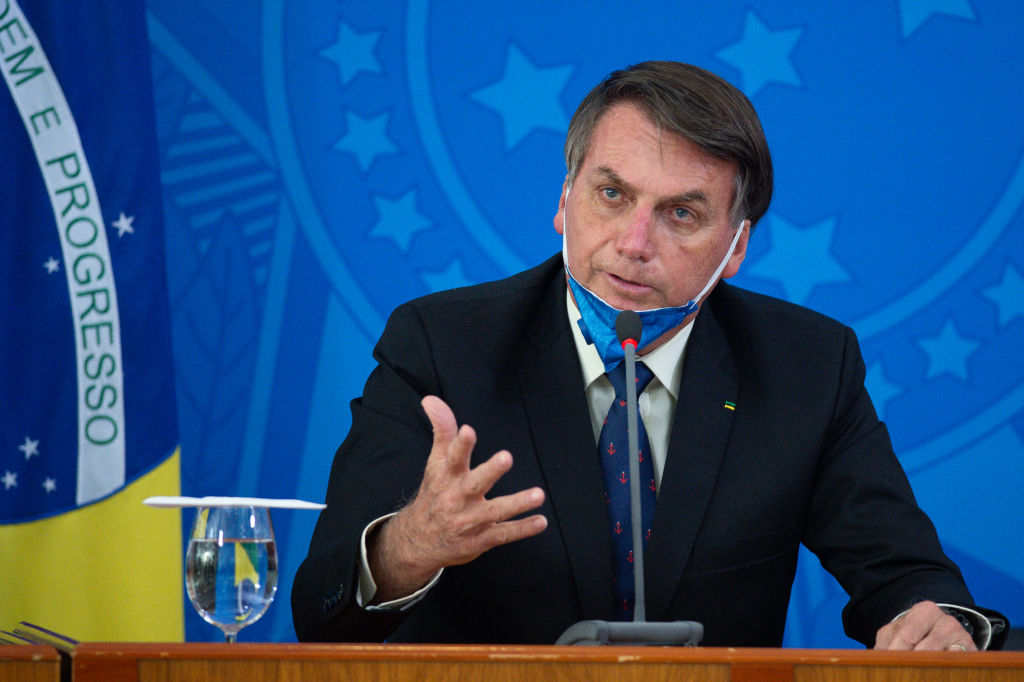 Brazil currently has no permanent Minister for Health leading the country through the pandemic, after two were forced out of their jobs in less than a month after continuous clashes with the president over the approach the country should take.

Former Health Minister Luiz Henrique Mandetta said the president's infection proved how inappropriate his behaviour had been, telling GloboNews "Going around Brasília, without a mask, hugging people ... he was flirting with infection and he was infected".

Bolsonaro's diagnosis comes just three days after he met with the US ambassador to Brazil for a 4th of July lunch at the ambassador's home.

Multiple top cabinet members, including the foreign minister and defence minister, were present at the gathering and all were photographed without face masks.