Bridge connecting Ireland and Scotland could result in 'Celtic powerhouse'

A PROPOSED BRIDGE connecting Ireland and Scotland could create a “Celtic powerhouse”.

Leading architect Professor Alan Dunlop from Liverpool University has said that a combined road and rail crossing could be created between Portpatrick, Dumfries and Larne in Northern Ireland.

The expert believes that the new structure would boost the Scottish and Irish economies and help solve any longer-term disputes over the re-emergence of an Irish border post-Brexit. He spoke out after the Foreign Secretary raised the prospect of a bridge over the English Channel last week.

According to Mr Dunlop, the proposed bridge would cost significantly less than the one put forward by Boris Johnson connecting England and France.

“A bridge between Scotland and Northern Ireland would be an excellent idea,” he told The National's, Kathleen Nutt.

“In terms of a crossing between Scotland and Northern Ireland, a Celtic Connection, the coastline between each country is more sheltered and the waterway better protected (than the English Channel).

“Crucially, the North Channel of the Irish Sea is not nearly as significant a shipping lane.”

Mr Dunlop added: “To propose a bridge between Scotland and Ireland would, in fact, be a big step in actually creating a “Celtic Powerhouse” and give politicians the opportunity to invest in the infrastructure of the true north. It might even prevent London and the south-east from sinking into the Channel under the weight of investment in that region.

The proposed “Celtic powerhouse” bridge would be comparable to the suspension rail and road bridge which connects Denmark and Sweden across the Oresund Strait. 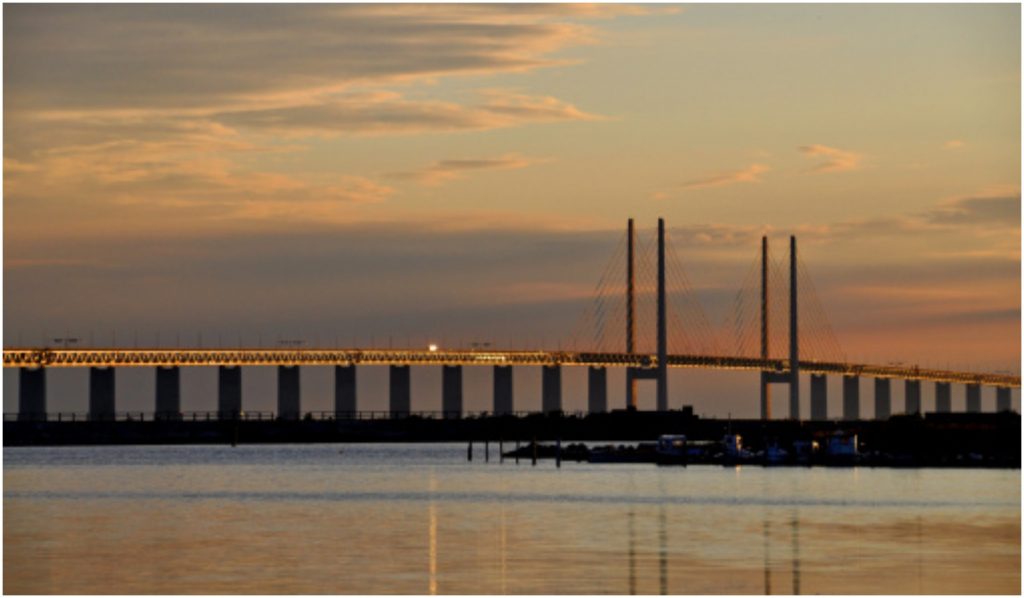 The estimation of the cost of the “Celtic Connection” bridge would be somewhere between £15 billion and £20 billion. The estimation for the English Channel bridge is £120 billion.

Speaking about the cost of the Boris Johnson’s English Channel bridge, Mr Dunlop said: “I’d say at least £120 billion for a Channel bridge and that’s a conservative estimate. It would really be cheaper to move France closer.”