BRITISH MPs have spoken of their fears for Ireland and the Irish in Britain as Article 50 is triggered.

Concerns have been voiced over maintaining the Common Travel Area, the Good Friday Agreement, and the status of the Irish living in Britain.

"My first concern is for our economy here in Ireland and the jobs of our citizens, secondly the border and peace process, thirdly the Common Travel Area between Ireland and Britain, fourthly Ireland's place in the future of Europe and that's going to take into account what will the relationship be between Britain and Europe," he said.

"I think there was a huge lack of preparedness on behalf of the British Government in general and the Northern Irish secretary didn't recognise the threat that Brexit would be to the people of Ireland and Northern Ireland,” he said.

"I really worry that enough seriousness hasn't been given to Northern Ireland.

"I'm convinced that this Government hasn't given enough seriousness to the fact that the Good Friday Agreement was a statement of the time, but are yet to be progressed on the ground and I don't think this Government ever quite got to grips with that."

Speaking for the future of the Irish people in Britain, Conor McGinn, Labour MP for St Helen's North and chair of the Irish APPG who raised the issue of the status of the Irish in Britain in the House of Commons, says although the British Government has "the best intentions", he's concerned there is no concrete plan for Irish citizens' future in Britain.

"I've no doubt that there is goodwill on the part of the Government in terms of Irish citizens here, their rights, their entitlements and the status they have had," he added.

"What we need to see is a concrete plan and action on guarantees and promises that Irish citizens right, status and entitlements remain exactly as it is now as Britain leaves the EU."

Speaking of the Common Travel Area, Taoiseach Enda Kenny said: "We've had the [Common Travel Area] since 1922 however it's not just about travel, it's about residence and the right to work."

"Citizens from Britain and Ireland have acquired these rights over 90 years and we want to maintain those rights and my government and the British Government are committed to doing that." 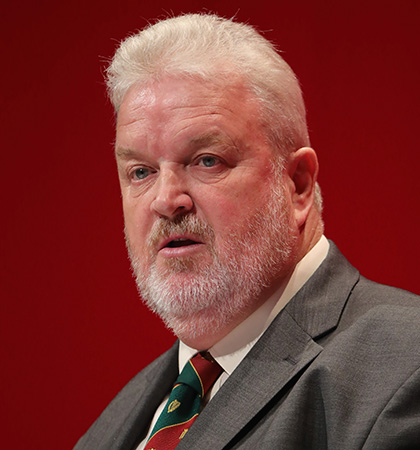 Martin John Docherty Hughes SNP MP for West Dunbartonshire, said for his constituency - which is made up of a large Irish diaspora who travel home to Ireland regularly - any kind of border or travel restrictions would put "a barrier into stability."

"The tangible move to any kind of border is of grave concern for people who have been living in Britain - predominantly for those who, for the first time in 40 years, are possibly facing barriers to enter Donegal,” he said.

"In terms of a broader family life between Scotland and Ireland, this isn't an issue of travelling to a different county but travelling to a family who share the same history, same connection and puts a barrier into stability and the economy in Britain and in Ireland itself."

Conor McGinn also spoke of the uncertainty for the Irish business community in Britain who, before Brexit, could live a "hybrid existence" between Britain and Ireland and are now worried that may not continue.

"I think people have been able to live a hybrid existence between Britain and Ireland in that it doesn't matter where your business is based, you can do business anywhere and I think there's a worry that may not continue.

"Being members of the European Union, has just made it an easier relationship - from tourism, trade, and family, now there's a little bit of nervousness about how that'll work."

Taoiseach Enda Kenny says the future of trade between Britain and Ireland will remain unclear until Article 50 is triggered.

"What we do want is no sign of any border in the future and we are not going back to what we had before," he said.

In terms of borders and the Good Friday Agreement, the Taoiseach maintains that that it is a legally binding document and will be retained.

"Insofar as Northern Ireland is concerned; we want free movement of people, free movement of services, we don't want to see a return to a border, and we will look for an all island solution in the future."

Mr McGinn also said the Agreement has to be respected as it is the foundation for the devolution of power to Northern Ireland.

"It set out devolution in Northern Ireland and how that would work in a power sharing arrangement, these are tough, challenging and difficult times for that but it's the job of the Government here as well as the Irish Government to be co-guarantors of that, whether or not Britain is in the EU," he said.

Mr Docherty Hughes said that all Governments need an "open and frank discussion" on Brexit to ensure stability for peace and  the economy.

"Brexit adds a different dimension on Northern Ireland, particularly in terms of certain district councils in Northern Ireland working with Co. Donegal - profound work that is done with funding from the EU.”

He added: “Where does that place in this debate? it's about public services and practical impact on everyday life."

Concerns over how Brexit might affect Northern Ireland come in a week that saw the British Government give the North’s main political parties a few more weeks to agree a deal on power-sharing.

In January Sinn Fein pulled out of government in the North citing the "deep-seated arrogance" of power-sharing partner the Democratic Unionist Party over its handling of the abuse of an energy subsidy scheme.

Talks have been on-going since with Britain's Secretary of State for Northern Ireland James Brokenshire saying there was no appetite for a return to direct rule from London.

Should an election be called it will be the third in a year. "I think there are a few short weeks in which to resolve matters," Mr Brokenshire added.

Tourism numbers in Northern Ireland suffers drop due to Brexit