BRITAIN'S three Rose of Tralee representatives will tonight take the stage at the Festival Dome in Tralee, Co. Kerry as the 55th International Rose of Tralee Selection enters its second day.

Lisa O’Halloran (Liverpool), Marie McDermott (Manchester) and Grace Kenny (London) are among the 14 remaining women set to vie for the crown at tonight's hugely anticipated showcase.

The festival has received huge media attention in Ireland with Irish Post columnist Katy Harrington sparking controversy after commenting that the event was "fake", "offensive" and "cringe worthy" and that it didn't represent modern Irish women.

The three British Roses will have a tough act to follow with last night's showcase of the first 18 Roses seeing a festival first as New Orleans Rose Molly Molloy Gamble received a marriage proposal live on stage - and she said 'yes'.

The 23-year-old agreed to marry boyfriend Kyle Catlett in front of an estimated half a million viewers at home as the brave man got down on one knee.

The business graduate quietly entered from the side of the stage as Molly was teaching host Daithi O Se and the audience about Mardi Gras.

And the expression on her face indicated that she had no idea it was coming.

"No, no, no," said Molly Molloy in a moment of utter shock, before eventually clarifying she had actually said 'yes' to the crucial question.

Following tonight's showcase, the overall winner of the Rose of Tralee will be announced live on RTÉ and the three British Roses will all be hoping to hear their name called out by presenter Dáithí O Sé.

Recent Politics and International Relations graduate Grace Kenny, 21, from Crawley in South London, told The Irish Post: “The Rose of Tralee is a celebration of young Irish women from across the world, promoting Irish cultures and values.” 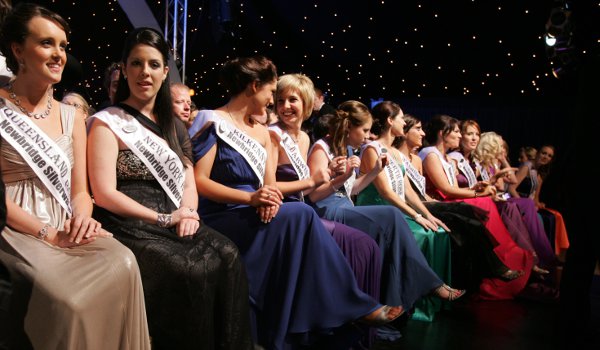 Part One of the Rose of Tralee Selection was broadcast live on RTÉ One last night.

While Lisa O’Halloran, 24 – who has been living in Liverpool for seven years – said the Roses had had an “absolutely fantastic time”.

Speaking of her experience so far, Manchester Rose Marie McDermott, 25, who is training to be a teacher said: “I’ve been able to see new parts of Ireland, and meeting all of the girls including new girls from Australia has been a highlight.”

She added: “ The Rose of Tralee brings families and communities together.”

This year’s Rose of Tralee International Festival got underway last week and included a wide array of celebrations; including the Festival Parade on Saturday evening.

Tralee was brought to a standstill as thousands of people lined the streets for the Festival Parade, sponsored by the city’s Bon Secours Hospital.

Considered one of the highlights of the 2013 Rose of Tralee Festival, the parade featured the 32 International Roses and their respective Rose Buds.

For Kerry Rose Gemma Kavanagh it brought back her childhood memories of the Festival (Audio), and Sydney Rose and Cork native Fiona O'Sullivan explained that she was overwhelmed by the whole experience (Audio).

They were joined by last year’s Rose of Tralee Nicola McEvoy and presenter of the the festival's TV show Dáithí O Sé. 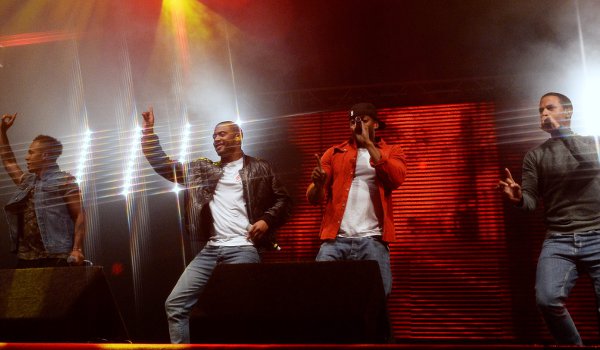 JLS performed some of their hits at the concert on Denny Street on Friday.

In addition, over 700 participants, marching bands, floats and costumed performers took part in the parade.

On Friday evening audiences were treated to an evening of music and entertainment.

The festivities continued that evening with the International Rose Ball. Over 1,100 people joined the 32 Roses at the sell-out black-tie Rose Ball in the Festival Dome.