Xavier Novell is a well-known figure in Spain's Roman Catholic communities, having become Spain's youngest bishop when he took the role in 2010 at the age of 41.

Despite his relative youth, Novell was firmly traditionalist in his views, supporting so-called 'conversion therapy' for gay people-- and even carrying out multiple exorcisms.

The former bishop resigned last month, after meetings with Catholic officials and even the Pope himself-- and BBC News reports that the 'personal reasons' for his resignation is that he left the role to be with a woman.

Upon Mr Novell's resignation, his Diocese of Solsona issued a statement confirming he had resigned for "strictly personal reasons, in accordance with what is contemplated in canon 401 §2 of the Code of Canon Law."

"Mons. Novell has made the decision after a period of reflection, discernment and prayer, at the end of which he has spontaneously presented to the Holy Father his own situation and his resignation to the pastoral government of the diocese of Solsona." 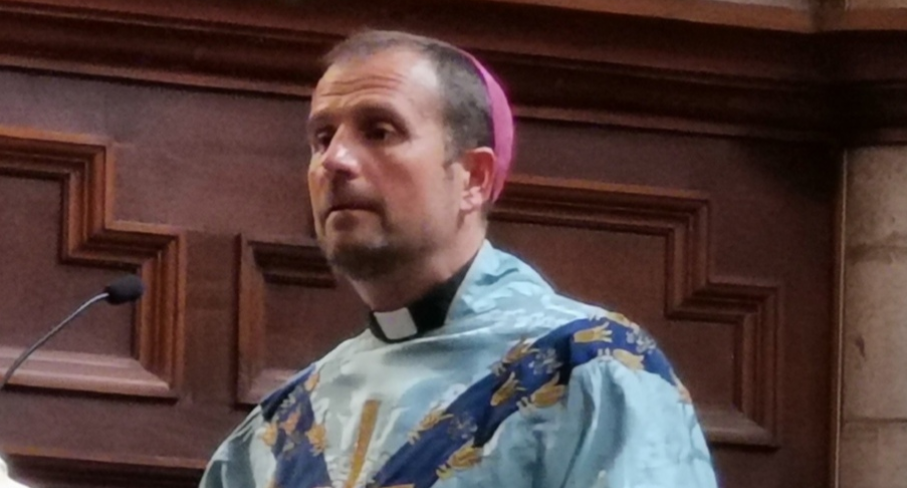 While neither Mr Novell nor Ms Caballol, a mother of two, have confirmed the reports of their relationship, the former bishop is quoted by Catholic outlet Réligion Digital as saying he had "fallen in love and wants to do things properly".

Mr Novell has previously spoken about how he had fallen in love in his youth, and wanted to marry and have children before deciding to join the priesthood.

After decades as a priest and later a bishop, Mr Novell has now broken his vow of celibacy and commitment to Christ in order to be with the author.

Spanish media reports that his high-profile resignation has caused outrage in the Catholic church, with some colleagues concerned Mr Novell may have been possessed by demons.