The banner displayed by fans during the UEFA Champions League game against Leipzig at Celtic Park (Image: Craig Williamson/SNS Group via Getty Images)

CELTIC have been handed a €17,500 fine by UEFA after fans displayed a banner opposing the British monarchy during a Champions League game.

The banner, which read 'Against hunger and the crown', was displayed in the stand at Celtic Park during the Glasgow club's 2-0 defeat to RB Leipzig on October 11.

According to AP News, the fine from European football's governing body relates to a banner 'judged to be offensive' by UEFA.

The penalty is the second received by the club this season for banners opposing the royal family. 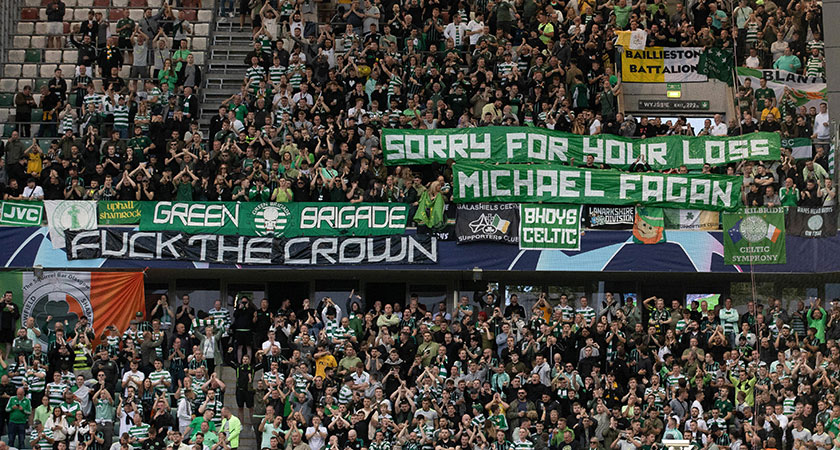 Last month, the club was fined €15,000 for a banner reading 'F*** the crown' that was displayed during their game Shakhtar Donetsk in Poland in September, days after the death of Britain's Queen Elizabeth.

At the same match, another banner read 'Sorry for your loss Michael Fagan', referring to the intruder who broke into the monarch's bedroom at Buckingham Palace in 1982.

Celtic's European campaign came to an end earlier this month after the club finished bottom of their Champions League group.