THE MAYOR of Chicago has provided a much-needed boost to the city ahead of St Patrick’s Day after opting to dye the city’s river green in celebration of Ireland’s patron saint.

12 months on and it initially looked as though Lightfoot would decide to forgo all of the festivities once again with the pandemic still ongoing in the US.

However, in a brilliant show of optimism for the year ahead, Chicago’s mayor has instead opted to have the city’s waterway tinted green in celebration of St Patrick.

One of the most enduring symbols of the St Patrick’s Day celebrations in the US, it’s a move that will no doubt be welcome by the city’s residents and the rest of the watching world.

While the annual parades have been sensibly called-off, the decision o dye the Chicago River green once again is sure to lift spirits after one of the darkest years in living memory.

Speaking to The Chicago Tribune, a spokesperson for the mayor explained they were eager to “honour the long-standing tradition.”

It’s a tradition that dates all the way back to 1962 when Mayor Richard J Daley hit upon the idea turning part of Lake Michigan green as part of the celebrations.

The dyeing process was done quietly with little in the way of announcement as the mayor was eager to  “minimise crowds and avoid congregating.” 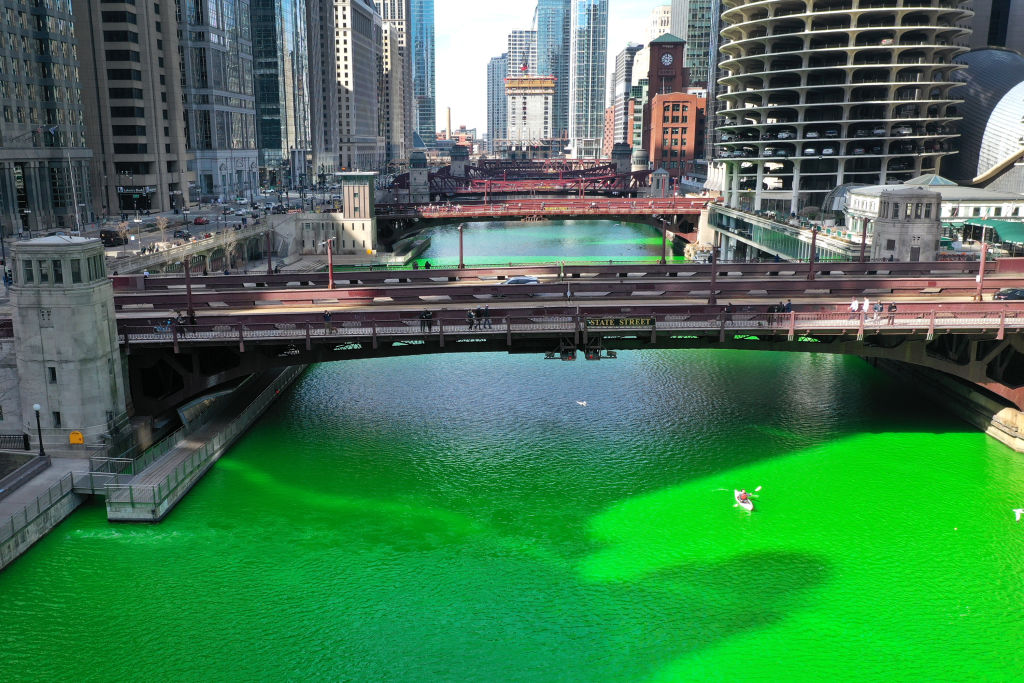 “Furthermore, the Riverwalk will be closed on Saturday and Chicagoans looking to see the River during the day are urged to ‘keep it moving’ and celebrate safely and responsibly,” the mayor's spokesperson added.

However, It is a move that has been welcome by several citizens.

Thomas Bender, 51, told the Tribune it provides a “little bit of normalcy that I’m sure is sadly missed by a lot of people.”

Mike Smith, 69, meanwhile, described it as “a biggie” to the people of Chicago.

“Just one of those traditions we don’t ever want to pass up."

The spirit of St Patrick is alive and well in Chicago.

After a year to forget, here’s to the first of many memorable St Patrick’s Days to come.