THE second day of vote counting is well underway, and it's all but confirmed that no one party will win an outright majority.

Ireland is now facing the prospect of a coalition government, with Sinn Féin, Fianna Fáil and Fine Gael all likely preparing for a long period of negotiations with one another.

The result was described as "something of a revolution in the ballot box" by Sinn Féin leader Mary Lou McDonald, after witnessing her party come out on top in the popular vote. 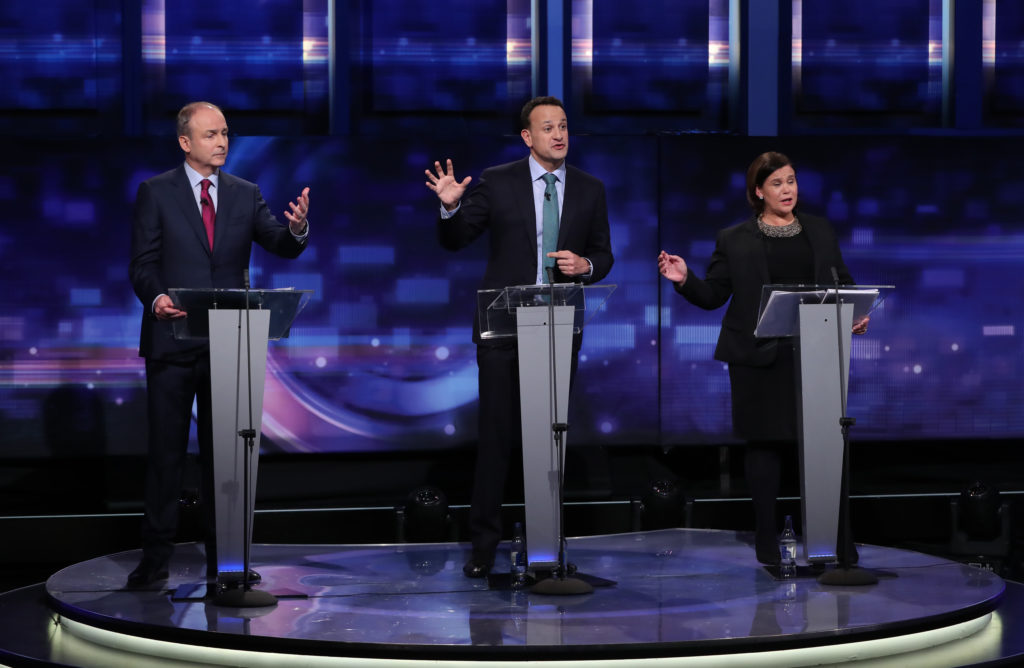 Thus far, the election results appear to be disastrous for Taoiseach Leo Varadkar, who only secured his seat in Dublin West on the fifth round of counting.

Varadkar, who had previously ruled out doing a deal with Sinn Féin, has since reiterated his stance, and admitted on Sunday evening that it would be "challenging" to form a government. 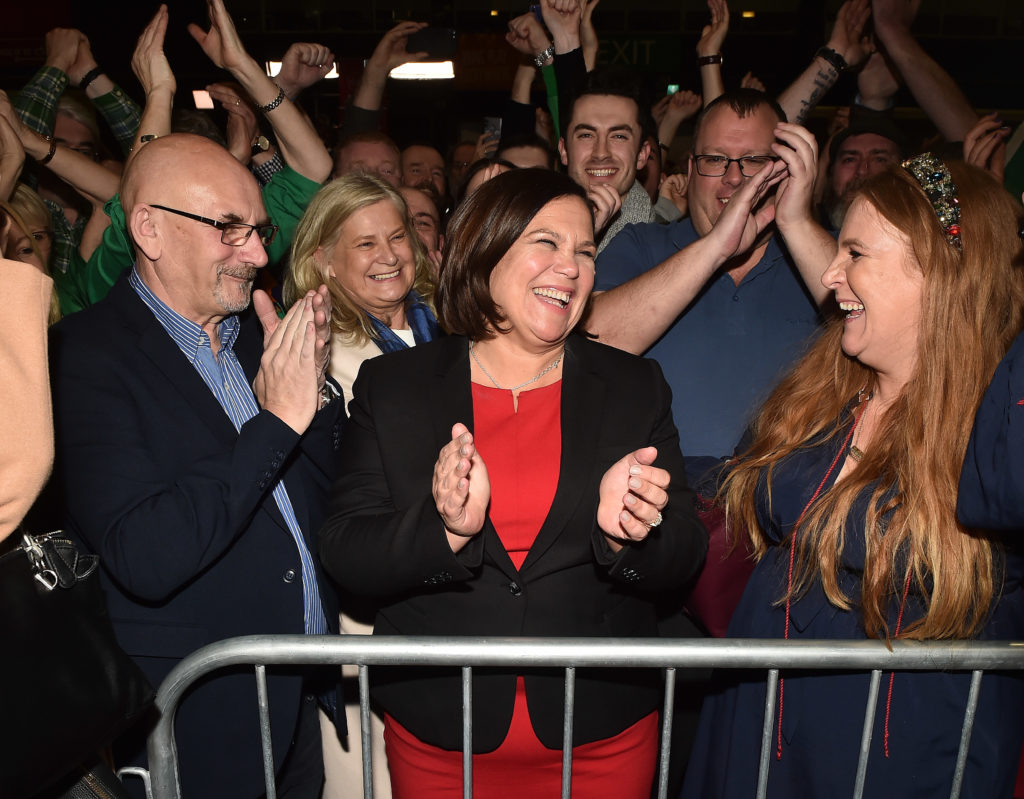 DUBLIN, IRELAND - FEBRUARY 09: Sinn Fein leader Mary Lou McDonald celebrates with her supporters after being elected at the RDS Count centre on February 9, 2020 in Dublin, Ireland.

Fianna Fáil leader Michael Martin meanwhile has failed to rule out doing a deal with Sinn Féin, despite insisting that such a move would be impossible during his campaign.

Speaking to reporters following the results, Martin was repeatedly asked to reiterate his opposition, and insisted even though there were "significant incompatibility" issues in terms of policy between the two parties, he was not prepared to dismiss the possibility of deal between the two outright. 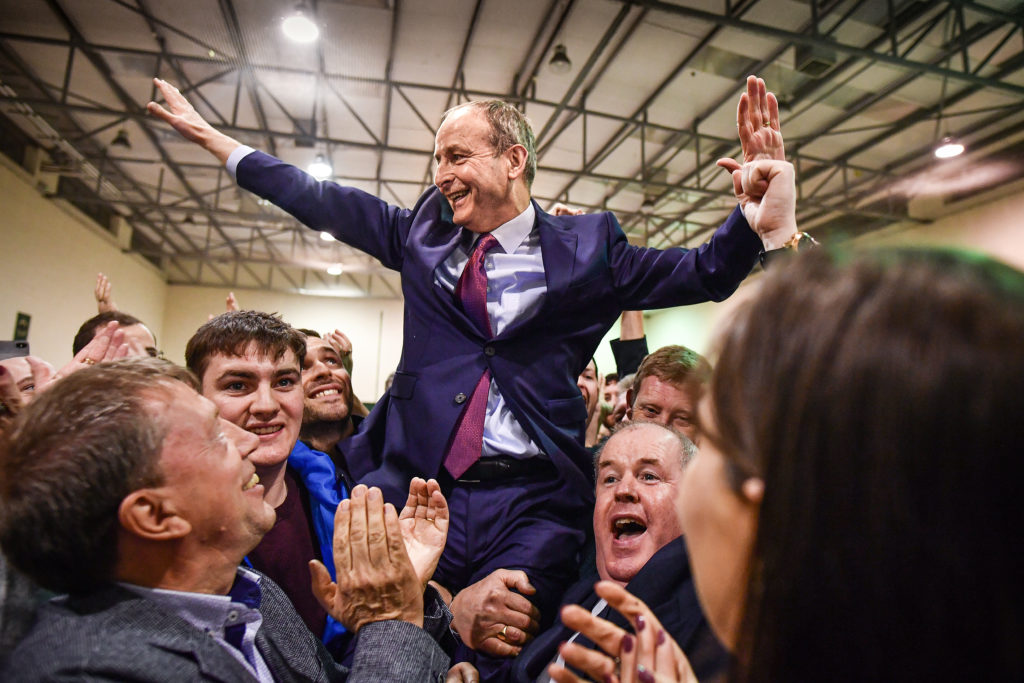 CORK, IRELAND - FEBRUARY 09: Micheal Martin of Fianna Fail reacts to being elected to the 33rd Dáil at the Irish General Election count for the Cork South-Central constituency at Nemo Rangers GAA on February 9, 2020 in Cork, Ireland.

Ms McDonald, who topped the poll in her four-seat Dublin Central constituency, said: "The frustration people have felt for a long time with the two-party system, whereby Fine Gael and Fianna Fáil handed the baton of power between each other - that's now over," she said.

"My first job of work, and I commenced this yesterday, is to establish with other parties whether or not there are the numbers to deliver a government without Fianna Fáil or Fine Gael." 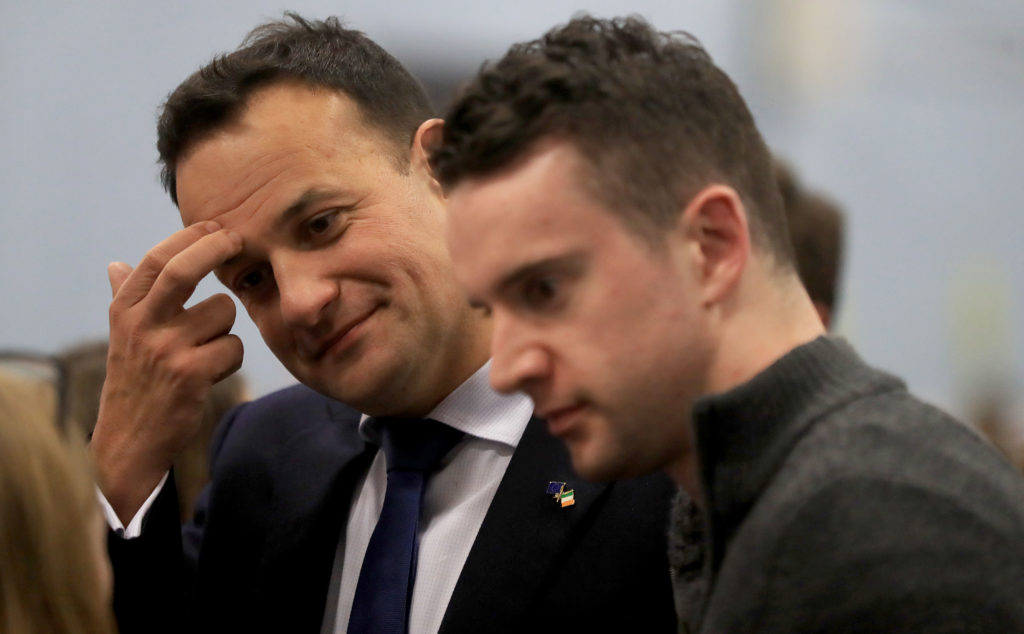