IRISH comedian has spoken about the moment he met his birth mother just two years ago.

Speaking to The Late Late Show host Ryan Tubridy, the 50-year-old stand-up said he had a happy childhood with a 'wonderful' adoptive family.

But while he always considered trying to track down his birth family, it didn't become a priority until he watched the film, Philomena.

Starring Judi Dench, it tells the true story of an Irish woman trying to find the son she was forced to give up for adoption.

Ó Briain said: "I went to see the film and I went, 'Jesus, there's not just me in this, I have a responsibility, an obligation, to this woman who gave a baby up for adoption and has no clue'.

After encountering red tape, fake information, false information and scores of redacted documents, he worked with a social worker who separately made contact with his birth mother.

"My birth mother was startled and a bit surprised after that length of time," Ó Briain told Tubridy.

"All I wanted to do was to find out who it was, sent them a letter going, 'look who's OK, it was grand, I ended up with a lovely family and it's been very, very good'.

"I remember writing the letter.

“There was a separate letter then I had to write, going 'look, it would be lovely if we could meet.

"That was a weird thing to get across." 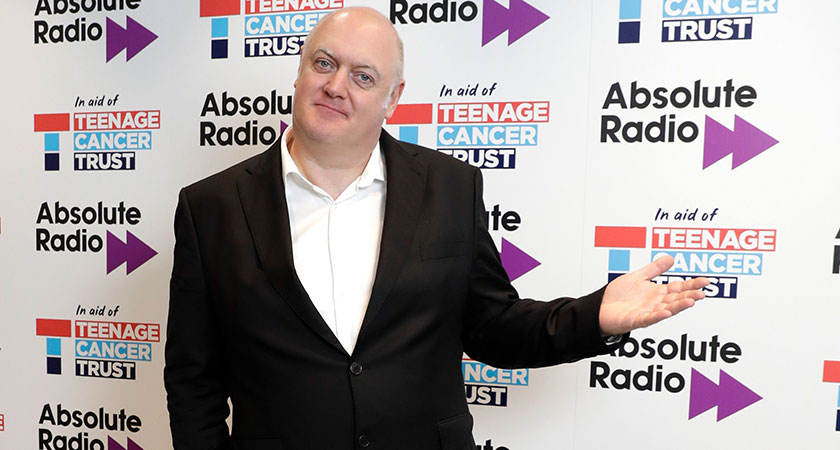 The London-based comedian, who has a degree in mathematics and theoretical physics and co-hosted the BBC's Stargazing Live, recounted the first meeting with his birth mother in a Dublin hotel just before the Covid-19 lockdown.

"It was a weird mix of motions and non-emotions," he said.

"I have a very happy family life and I'm meeting a stranger, essentially.

"I far know them better since then, but in that moment it was very, very weird.

"People presume that suddenly all the questions will be answered and they'll look exactly like you and they're like 'oh yeah, weirdly I've always been into maths!'

"Weirdly all the questions you think it answers, it doesn’t answer."

Huge thanks to everyone who got in touch after the Late Late. A bit strange to be all serious for once, but it’s clearly an important issue for many other adopted people. Hopefully we can get the ridiculously controlling law changed.Happy to go back to being silly onstage after.

Ó Briain said the ensuing lockdown allowed both parties to process their emotions and the significance of what had happened.

He added that following the lifting of travel restrictions after lockdown, he has been able to travel to Ireland to meet his birth mother again, as well as his extended birth family, including sisters and a brother.

Following his experience, Ó Briain hopes it will soon be easier for Irish adoptees to track down their birth parents.

Currently, adoptees must apply to the authorities to find out their identity at birth, but their parents can object and block the release of information.

Under the new Birth Information and Tracing Bill, adoptees would be given priority to access information, while birth mothers will be able to state a 'no contact' preference, which will be relayed to adopted children, if they wish.

Dara Ó Briain: ‘A Staycation is NOT a holiday in the same country you live in’