This has been a long, long time coming.

A new service that sends boxes of Irish treats – including Tayto, obviously – to homesick emigrants living abroad has launched at long last.

CraicPack.ie is sending the first and only monthly boxes full of Irish snacks and refreshments around the world in a creative and unique way, to help Irish people who miss home.

The long-overdue service will ship boxes of Tayto, Cadbury, Lyons Tea (well, Barry’s for anyone from Cork), and all the Irish favourites anywhere on earth.

In addition to snacks, CraicPacks weighing up to 2kg will also contain a recipe and some of the ingredients to re-create beloved Irish dishes that can’t be sent in the post. Spice bag anyone? 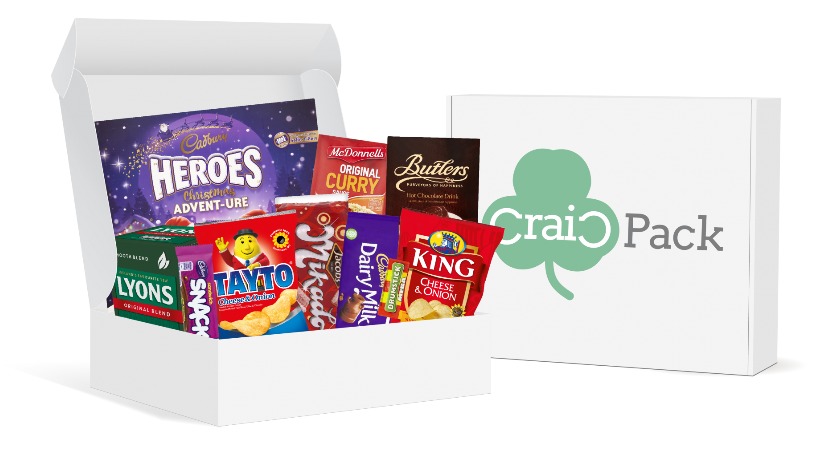 "Being away from home is incredibly difficult, and receiving a shipment of reminders from home gives people joy and keeps them mentally strong".

Geronimo, who's originally from Canada but whose partner is Irish, used to receive shipments of Canadian snacks from his mam when he first moved to Ireland – which was the inspiration behind CraicPack.ie.

He says that receiving treats from home helped massively with adjusting to life in a new country and he aims to give back to the Irish community that welcomed him with open arms.

And to help the local community, a portion of proceeds from every box will be donated to Focus Ireland and other homeless charities across the nation.

"We’re sending food abroad, but we also want to provide food for those in need here in Ireland, especially with Christmas coming up," adds Geronimo.

"The Irish diaspora is arguably the largest of any in the world and the Irish are so proud of their Irishness. The quality of the food and snacks here is something to be proud of.

"Irish people don’t realise until they are abroad that they hate the tea wherever they are, and to add to that, they don’t have a purple Snack bar to go with their mediocre tea!"