THE CRANBERRIES’ iconic hit Zombie has been named on a list of the Top 50 most popular songs to listen to during lockdown.

A total of 500 public Spotify lockdown playlists have been analysed as part of research commissioned by Delight Counselling, with some 31,562 songs sorted through as part of the study.

Interestingly, the findings showed that 70% of the top 50 artists were male, 24% were female and just 6% were bands with both male and females.

The Cranberries were among the latter, with the band’s 1994 hit Zombie coming in at a credible 17th on the countdown.

The top 50 songs have ranked by the number of times they appeared in the public playlists.

In some instances, some songs appeared the same number of times, this resulted in a tie.

Perhaps unsurprisingly, the Bee Gees topped the list with their disco hit Stayin’ Alive, which featured on no fewer than 44 different lockdown playlists.

Aside from The Cranberries, however, there was little in the way of an Irish presence on the list with the likes of U2 and The Pogues both failing to make the cut. 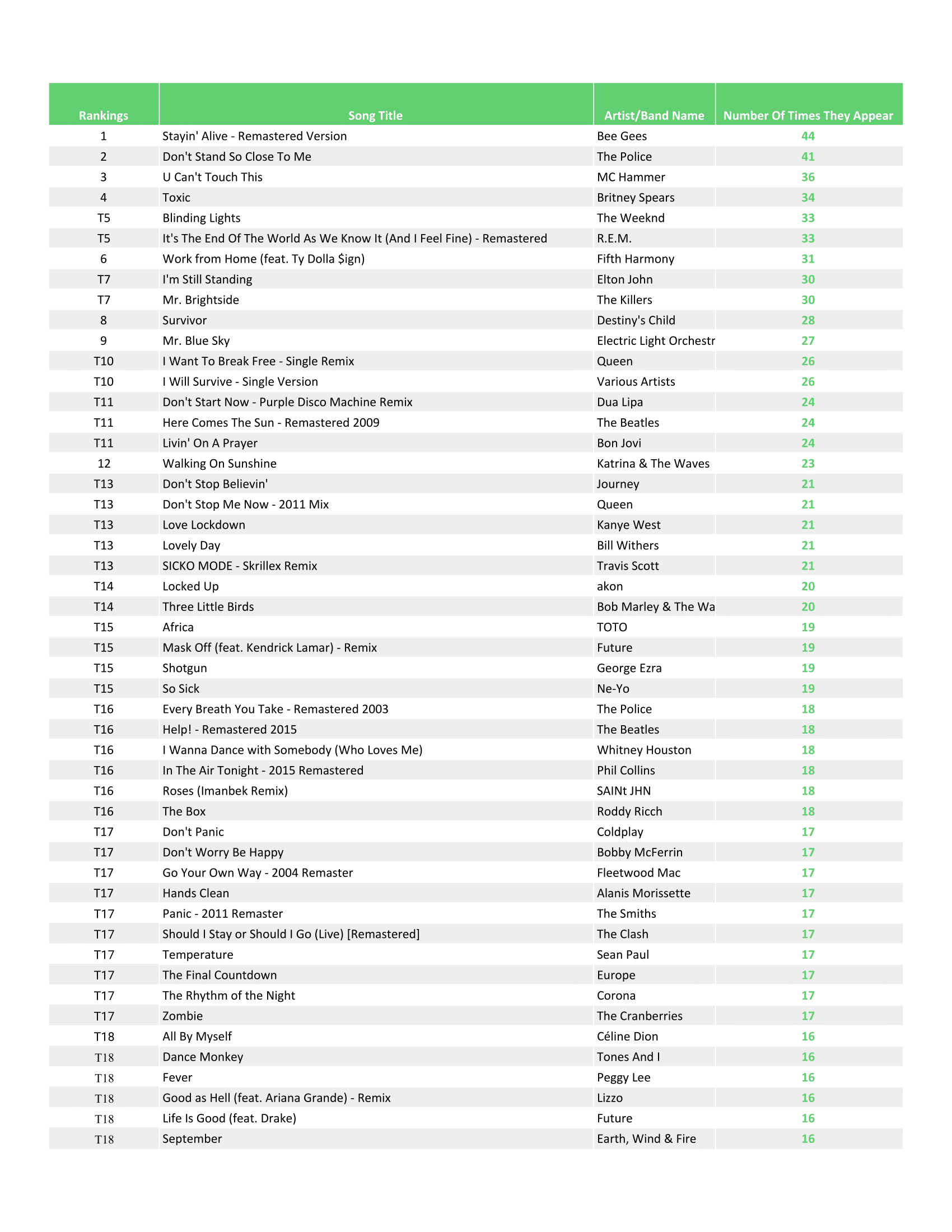 "Music can help energise our mood and provide an outlet for us to take control of our feelings.

“Music is a popular way to cope with difficult times, which is why many people are turning to music during lockdown."

Zombie was originally written by Dolores O'Riordan as a reaction to the IRA bombings in Warrington that killed two children and injured 56 others in March 1993.

The song recently became the sixth music video from the 20th century to clock up a billion-views on YouTube.