Anti-abortion protesters during the March for Life rally in Dublin on Saturday (Image: Leah Farrell / RollingNews.ie)

AROUND 2,000 people gathered at an anti-abortion rally in Dublin on Saturday, where calls were made to provide women with more information on alternatives to abortion.

The event, organised by March for Life, was held as the government's review into the country's abortion legislation draws to a close.

The review got under way last year, almost three years after the repeal of Ireland's Eighth Amendment came into force after it was backed by two-thirds of voters.

A march from St Stephen's Green to Molesworth Street near Leinster House was followed by speeches from pro-life supporters including Dr Brendan Crowley and Independent TD Carol Nolan. 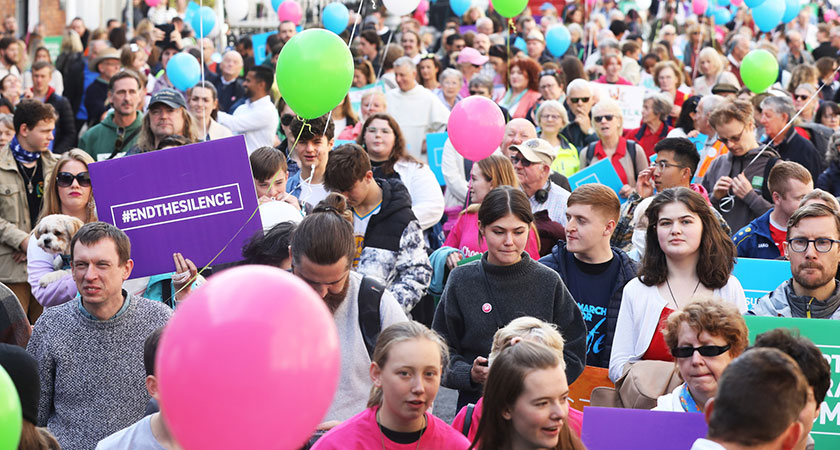 As well as demanding greater resources to support and inform women about alternatives to abortion, organisers also called for greater engagement from the government with pro-life representatives.

"Women and their unborn babies deserve better than a system where all the focus is on abortion and where information is withheld from women prior to abortion taking place," event MC Wendy Grace told the assembled crowd.

"Where they are not given information of other supports and other options that are available, life-affirming options."

She added: "Our message once again is loud and clear to the government today — you cannot ignore the voices of more than one-third of the electorate just because you want to do so for ideological reasons." 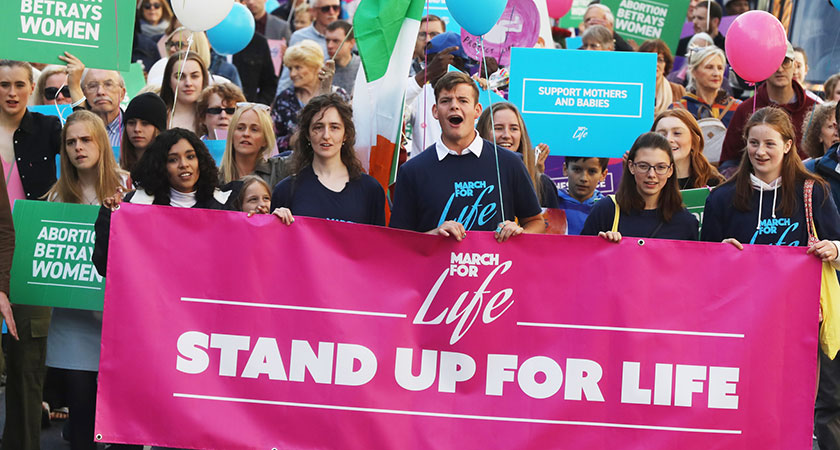 The repeal of the Eighth Amendment allows for abortion within the first 12 weeks of pregnancy, or beyond in the case of a risk to the mother's health or conditions likely to result in the baby's death shortly after birth.

A clause was included in the legislation to allow for a review within three years of the change in the law.

The review aims to monitor the impact, operation and effectiveness of the legislation in practice, as well as the delivery of services in the area.

In July, Taoiseach Micheál Martin told the Dáil that the review is likely to be completed by the end of the year.