A BABY bison has been unveiled as an Irish wildlife park’s newest resident and now they need your help to name her.

The female European bison calf was born at Fota Wildlife Park in Cork on June 2, however her birth was only revealed today.

She will now join the 13-strong herd at the park, which includes her mother Red and father Hyssop.

However the park are giving members of the public the chance to name the new arrival, and suggestions can be made on the attraction’s website. 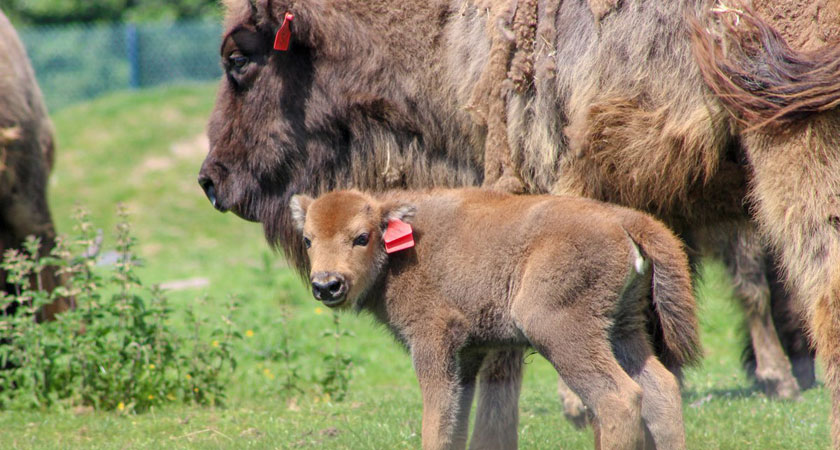 “We’re delighted with our new addition to the European bison herd and Red and calf are both doing great,” he said.

“As a first-time mother she’s adapting to her new calf very well – she’s very protective of her and they both are taking to suckling with ease.”

The European bison is the largest land mammal in Europe and a big bull can weigh up to 1,000 kilos and reach a height of six feet.

Unfortunately they were hunted to extinction in the wild in the early 20th century. 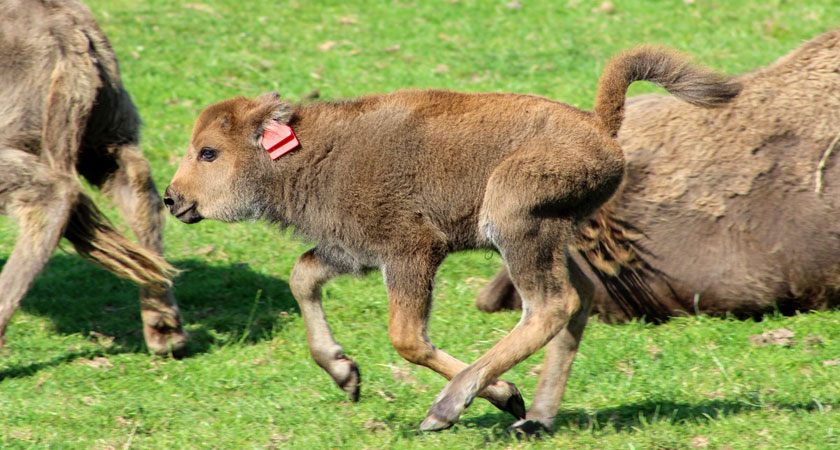 Since 1999 however, Fota has participated in a captive breeding programme that has seen the animals re-introduced to the wild across the continent.

In April 2008, Fota sent its first European bison to Poland, where its descendants now roam the Białowieża Forest.

Four years ago it sent two female bison to join a wild herd in Vanatori Neamt Nature Park in Romania.

To suggest a name for Fota’s bison calf, visit the park’s website by clicking here.