THE most dangerous jail in the country for both inmates and staff has been revealed in new figures released by the Irish Prison Service (IPS).

Some 110 attacks on prisoners by other detainees were recorded at Mountjoy Prison in Dublin last year, representing over a quarter (26%) of the total 418 attacks in Ireland's entire prison system.

However, such incidents across the country's 13 prisons have been falling since 2012 – when 715 were recorded – with attacks in Mountjoy itself down three from 113.

The next highest number of prisoner-on-prisoner assaults last year occurred at Castlerea Prison in Co. Roscommon at 76, followed by Cloverhill Prison in Dublin at 54, Midlands Prison in Co. Laois at 44 and Cork Prison at 42.

The IPS figures also show Mountjoy recorded the highest number of assaults by prisoners on prison workers at 24, up from 18 in 2017 and representing more than one in five of all such incidents across the prison system.

Cork Prison saw the second highest number of attacks on staff at 15, from nine the previous year.

Overall, the number of assaults by inmates on prison staff has increased every year since 2015 when 91 were recorded – having reached their highest levels in four years in 2018 with a total 110 attacks. 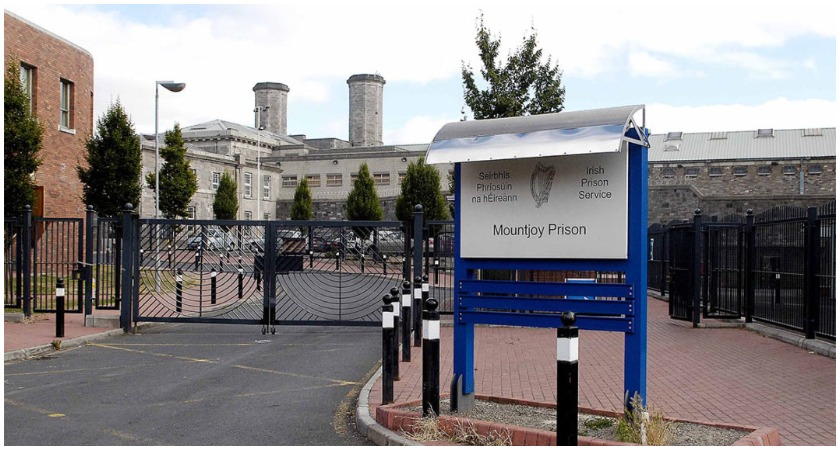 Mountjoy Prison in central Dublin is Ireland's most dangerous jail by some distance (Image: File)

The figures also show that no such incidents occurred in either of the country’s two open prisons – Loughan House in Co. Cavan and Shelton Abbey in Co. Wicklow – in the past four years.

In late 2016, a review of assaults on prison workers carried out by the State Claims Agency found the ratio of assaults to the number of prisoners was very low.

However, justice minister Charlie Flanagan said that every assault on prison staff is treated seriously and action is taken including the reporting of serious incidents to Gardaí.

Speaking today, Minister Flanagan added that recommendations made by the State Claims Agency were being implemented – including a full review of the prisoner disciplinary system.

"The role of a prison officer is a difficult and challenging one. Prison staff must deal with a wide range of complex issues and there are occasions when they are subjected to unacceptable levels of violence," he said.

Jim Mitchell, deputy General secretary of the Prisoner Officers' Association (POA), said Mountjoy was a "particularly difficult environment" for prison workers due to the number of gangs there – with common dangers including being "kicked at, punched, bitten, scalded, head-butted, hit with chamber pots".

He added: "We never put much emphasis on statistics as it takes only one assault to disfigure a prison officer. I believe that the actual numbers of such restraint interventions are much higher.

"There is no respect for gender in the attacks as female staff across the prison estate have been victims of assault.

"Prison staff are under no illusions – we know we are not in charge of Teletubbies – some of the prisoners that our members come across are people who have committed very serious violent crime, and our ambition is to reduce the number of assaults by prisoners on prison staff to zero."