GARDAÍ HAVE arrested two men in connection with the seizure of an estimated €1.5 million worth of cocaine at Rosslare Port, County Wexford, with the help of Detector Dog Flynn.

Gardaí report that two men, aged in their 20's, were arrested at the scene following the discovery of a large quantity of drugs in a vehicle which had disembarked a ferry from Cherbourg in France.

Revenue officers made the discovery when they stopped and searched an Irish registered vehicle using a mobile X-Ray scanner and the skills of Detector Dog Flynn. 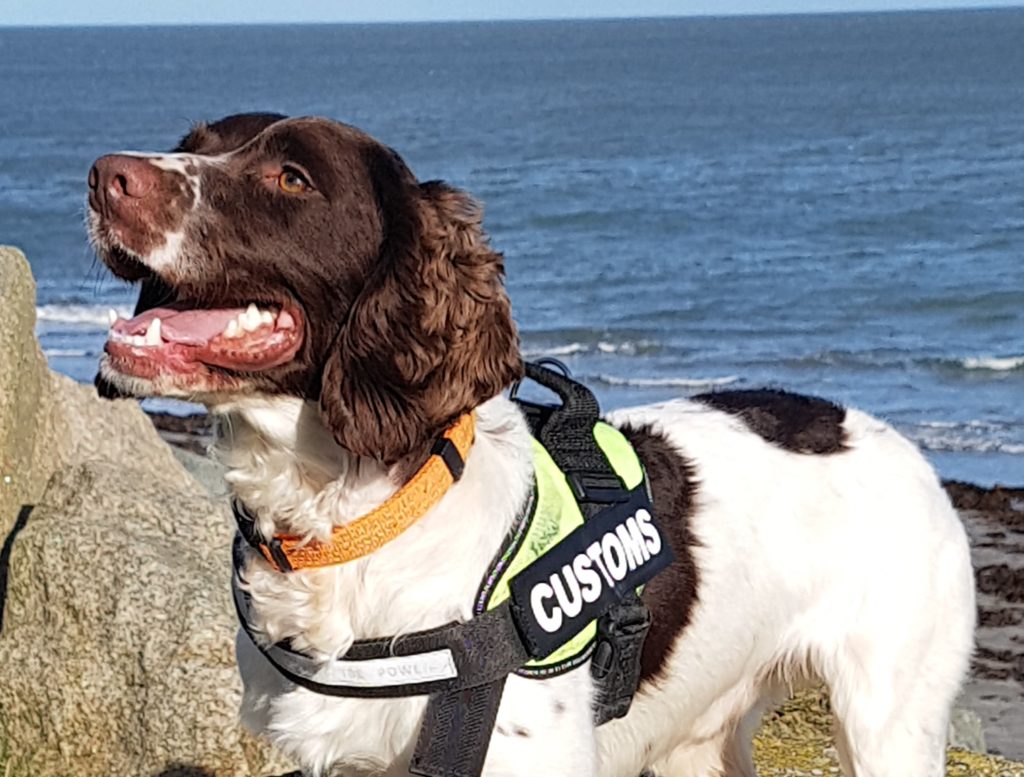 The drugs, believed to be cocaine with a street value of €1.5 million (pending analysis), were concealed within the back seat of the vehicle.

Both men, who have addresses in Ireland, were arrested and are being detained under Section 2 of the Criminal Justice Drug Trafficking Act 1996 n Wexford Garda Station. They can be held for questioning for up to seven days while Gardaí conduct a number of follow up searches.

Sniffer god 'Detector Dog Flynn' has assisted Gardaí in uncovering a number of large-scale smuggling attempts to traffick drugs and cash into Ireland through Rosslare Port.