OVER 100 young people have been treated for the effects of alcohol and drugs, in what the ambulance service has described as a “major incident” at Belfast’s Odyssey Arena.

The concert-goers – some as young as 14 - were attending an over-16 DJ Hardwell gig when many of them became ill.

Charity worker Joe Hyland who helped to treat people at the scene told the BBC it was "like a disaster zone.

"I was dealing with kids with buckets of vomit and they were crying - it was a mess," he said.

“Some of them were very, very ill - life-threateningly ill, where they had over indulged.”

Mr Hyland said that upon realising that there was an increasing threat to life, the paramedics were called and had to declare a major incident due to the large numbers needing medical help.

In total 108 people required emergency medical attention, with over half needing treatment inside the venue.

17 people were taken to two hospitals in the city, the Royal Victoria and the Mate. Three of them have since been discharged and the remaining 14 are in a stable condition. 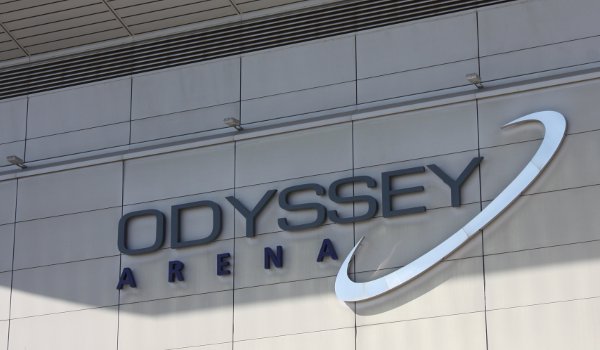 Scott McBride was attending the concert and described the scene inside the venue.

"Everywhere you looked, you were guaranteed to see someone who was ill," he said.

"One of the guys I saw was sitting in his own vomit against a wall and struggling to keep his eyes straight."

It is believed that police are planning to speak to Odyssey’s management to discuss the incident.

According to sources police will also investigate claims that many underage teenagers purchased alcohol at the venue’s bars and were allowed entry inside whilst intoxicated.

The Northern Ireland Ambulance Service (NIAS) called the events that took place outside the concert venue a "major incident" on Thursday evening, due to the number of resources that had to be deployed.

A spokesman for the Odyssey Arena, Adrian Doyle, said: "It is our understanding that a number of patrons arriving to attend a concert by Dutch DJ act Hardwell have required medical attention, having already been intoxicated on their arrival at the complex.

"These patrons were not granted entry to the Odyssey Arena, and were treated by the Ambulance Service outside."

Many concerned parents of those who were attending the concert were unable to contact their children while the event was taking place.

At the end of the concert at around 11pm, a large number of parents arrived at the Odyssey Arena and waited for news.

By: Anthony McLaughlin  -  2 hours ago

By: Anthony McLaughlin  -  2 hours ago