DONALD TRUMP has refused to take part in a virtual debate with Joe Biden next Thursday.

Organisers of the event announced that proceedings would take place in an online capacity due to President Trump's Covid-19 illness and to reduce the risk of spreading the virus.

But Trump quickly insisted that he wouldn't be getting involved.

"I'm not gonna waste my time on a personal debate. Sit behind a computer, ridiculous. They cut you off... I'm not doing a virtual debate," he said during a phone interview with Fox Business on Thursday.

"That's not what debating is all about. You sit behind a computer and do a debate. It's ridiculous.

"That's not acceptable to us. I beat him in the first debate," he added. 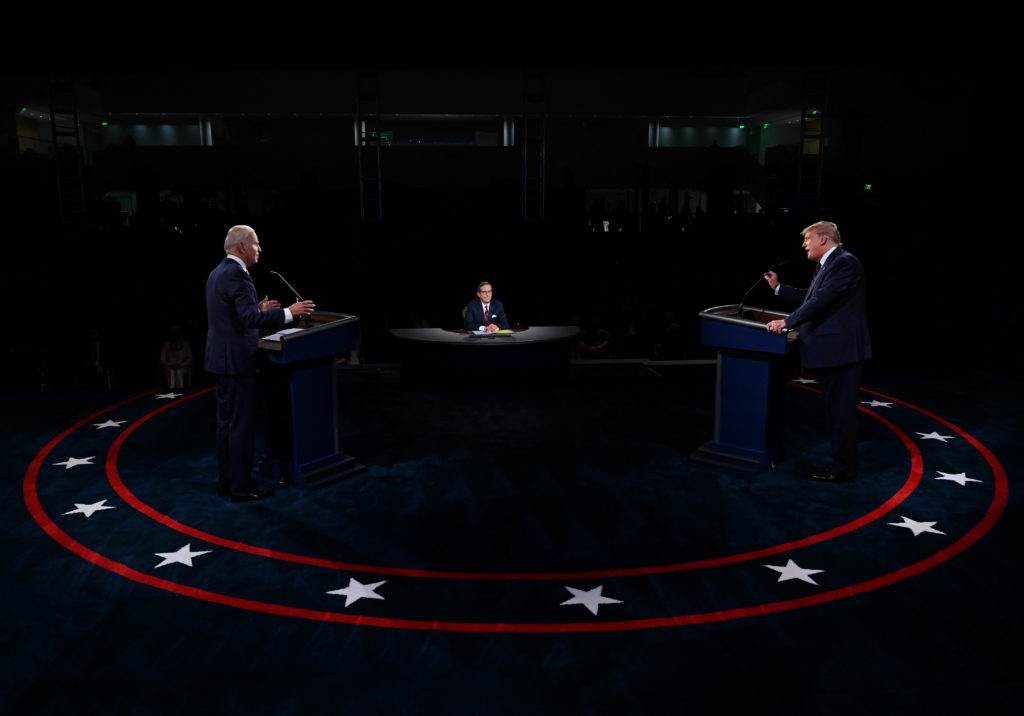 Since Trump's comments, Biden's campaign has been pushing for the second debate to be moved to 22 October so "the president is not able to evade accountability," the campaign said.

Trump and Biden locked horns during a televised debate on September 29, just three days before the President was diagnosed with coronavirus.

Biden's team also insist that the former Vice-President will still turn up for the virtual debate, even if Trump fails to.

During his phone interview, Trump went on to say that he was a "perfect physical specimen" and that he isn't "contagious at all".

On Wednesday, Trump's personal physician Dr Sean Conley said that the President was now "symptom free" and hadn't shown signs of the flu in over four days.

Joe Biden accuses Trump of 'looking down' on Irish Catholics