DONALD TRUMP reportedly requested a mail-in ballot for the local elections at his new residence in Florida despite previously suggesting it was a “fraudulent” method for voting.

The former President had claimed the 2020 election was rigged after the US witnessed a surge in the number of mail-in voters in swing states like Michigan and Pennsylvania where Joe Biden won.

The Trump administration sought to undermine these results through a series of baseless claims of voter fraud and legal challenges to election results.

There were also reports of the administration limiting postal services in certain swing states to try and stop mail-in ballots reaching counting centres in time.

All the while, Trump continued to spread misinformation on Twitter regarding mail-in ballots.

In July 2020, at the height of the pandemic, he tweeted: “With Universal Mail-In Voting, 2020 will be the most INACCURATE & FRAUDULENT Election in history. It will be a great embarrassment to the USA.”

However, with many apprehensive about visiting voting centres while coronavirus cases were continuing to rise, the number of mail-in ballots soared.

Now it would appear Trump has changed tack after The Guardian reported that the ex-President h requested a mail-in ballot for Palm Beach county’s municipal election in Florida this week.

According to the report: “The local election took place in Palm Beach county on Tuesday and that same day Trump was cited as being in New York, according to Getty Images. So he reportedly voted by mail instead of in person in Florida.” 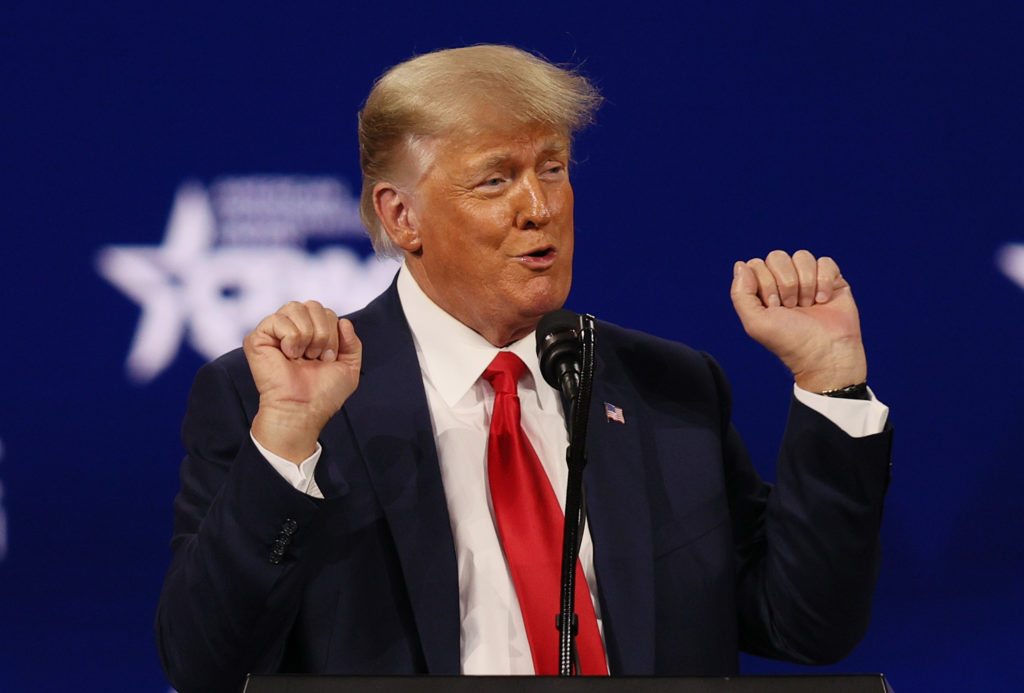 One of 126,000 people in Palm Beach county to vote by mail, this isn’t the first time Trump has appeared to contradict the claims he previously made when claiming Biden’s victory was fraud.

This is the third time Trump has voted by mail in less than two years.

In fact, Trump is even on the record as telling the people of Florida to vote by mail last summer.

Back then he tweeted:  “Whether you call it Vote by Mail or Absentee Voting, in Florida the election system is Safe and Secure, Tried and True. Florida’s Voting system has been cleaned up (we defeated Democrats attempts at change), so in Florida I encourage all to request a Ballot & Vote by Mail!”