DONALD TRUMP has sensationally described his coronavirus illness as "a blessing from God".

The President returned to the Oval Office on Wednesday, two days after leaving hospital and less than a week after being diagnosed with Covid-19.

He recorded another video message for the American people, stressing that despite contracting the deadly disease, he feels better than ever, before describing his illness as "a blessing in disguise".

"For me, I walked in, I didn't feel good, a short 24 hours later I was feeling great, I wanted to get out of the hospital," he said.

"And that's what I want for everybody. I want everybody to be given the same treatment as your president because I feel great, I feel like perfect.

"So I think this was a blessing from God that I caught it.

"This was a blessing in disguise." 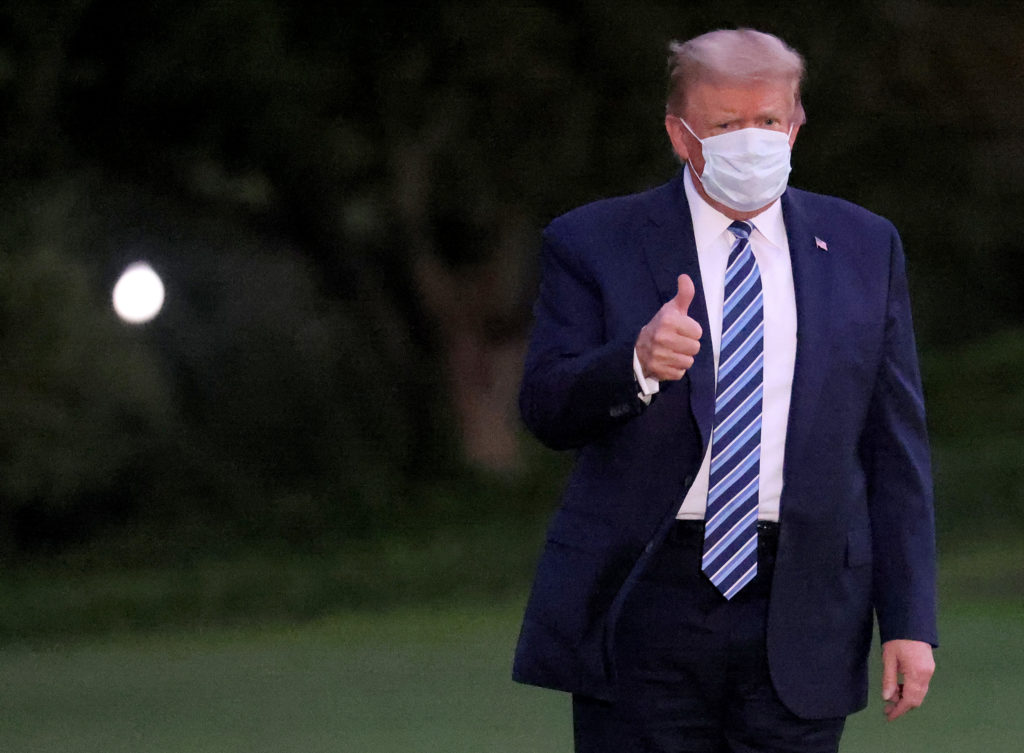 Mr Trump's personal physician Dr Sean Conley claimed that the President was now "symptom free" and hadn't displayed any signs of a fever in the past four days.

The treatment Mr Trump received while in hospital has been scrutinised, with suggestions he was taking a 'cocktail of drugs', including medicines that were largely untested, in an attempt to fight off the virus as quickly as possible.

In his latest video address, the President stressed that all Americans should have access to the treatments he was given, adding that the experimental antibody cocktail he was given last week was a cure rather than a therapeutic measure.

"I want to get for you what I got - and I'm going to make it free. You're not going to pay for it," Trump said, before later focusing his crosshairs back on China.