IRELAND IS tackling the continued threat of wildfires in a fairly unique way-- by employing dozens of endangered goats.

This summer saw a number of devastating fires destroy grassland across Ireland, including in Killarney National Park in County Kerry, where over half of its landmass was destroyed by the blaze.

In Howth, County Dublin, gorse fires blazed for weeks in dry weather before eventually being extinguished by the Dublin Fire Brigade.

Ireland's wildfires are caused by dry shrubbery called gorse catching fire, either by careless use of fire such as barbecues, or, more often, by local farmers intentionally clearing the land of the shrubbery.

Now a unique conservation project has seen 25 goats relocated from the hills of County Mayo to Howth Head, where they will naturally graze on the gorse and hopefully prevent any more devastating fires seen in the area this summer.

As reported by RTÉ News, the goats-- critically endangered Old Irish Goats, the island's only native species-- have arrived on the Dublin hills along with their shepherd, Melissa Jeuken, who spent years tending the goats on her parent's farm in County Clare.

She told the outlet that the groundbreaking conservation project is "a natural way of dealing with the problem [of gorse fires]".

"The goats are good at scrub control. They love gorse and will graze on it day in, day out, if they can." 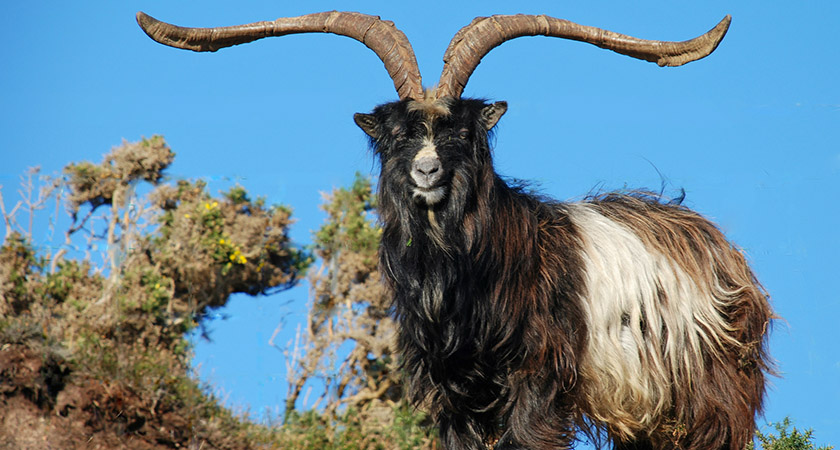 The goats will be allowed to roam relatively freely, with no fences established in the area and instead employing a GPS-tracking device on the animals to keep track of their location, and the herd will also be intentionally moved to different sites to clear up the grasslands.

Conservationists also hope that the project could help re-establish the Old Irish Goats and prevent them from going extinct-- while the 25-strong herd in Howth is currently made up of females and kids, male goats will join the herd next month.

It's not the first time goats have been employed in Ireland-- last year, a Cork community 'hired' four mountain goats to keep their local graveyard tidy while at the same time being environmentally conscious.

The new employees are used to keep the community's final resting place free of overgrowth and weeds during the summer months, in a way that will minimise the potential damage of gravestones and without the need for dangerous weed killers.

You can read more about that here.