A SPEEDING driver who fled the scene after he struck and killed an Irish pensioner in London has been jailed for 14 years.

John Francis 'Frank' Heneghan, 72, was left critically injured after he was struck at speed by a car driven by 31-year-old Anop Singh.

The much-loved Mayo native was pronounced dead at the scene shortly after.

After Singh was sentenced on Friday, Detective Inspector Cheryl Frost described him as as 'a coward and a liar' who had 'attempted to spin a web of lies'.

Paying tribute, Mr Heneghan's family said he was 'funny and charming and had a roguish twinkle in his eye'.

The tragedy happened more than five years ago, however the case was delayed by administrative challenges and Covid.

When it finally went to trial, the court heard how, at around 1.30am on Saturday, August 12, 2017, Mr Heneghan got off a bus on High Road, N15, following a night out with friends.

Originally from Co. Mayo, Mr Heneghan had lived in South Tottenham for many years before returning to his home town of Kilmaine.

He had returned to London for a visit to catch up with family and friends. 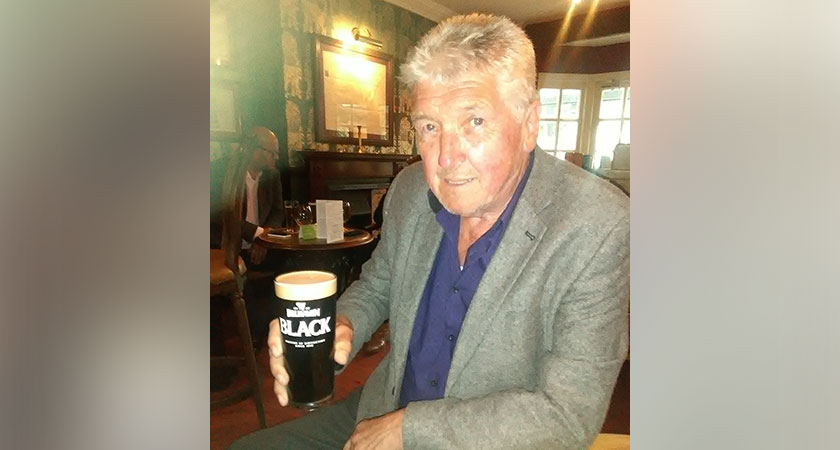 As he crossed the road, he was struck by a grey VW Golf at a speed estimated to be between 47mph and 76mph, in an area with a 30mph speed limit.

Mr Heneghan was left at the scene after the vehicle made off.

Police and paramedics attended but there was little they could do, so severe were his injuries and he was pronounced dead at 1.54am.

A post-mortem examination gave his cause of death as multiple injuries.

Singh, of Jessam Avenue, E5, travelled home and parked the car on his drive, before calling police from a relative's phone at 7.30am, claiming he had been awoken in the back seat of his car by family.

He said he believed his car had been involved in some sort of collision but that he was asleep in the rear at the time, could not remember anything and that he did not know the driver.

He was arrested on suspicion of causing death by dangerous driving and answered no comment to all questions asked.

Detectives from the Serious Collision Investigation Unit tracked CCTV and discovered that Singh had been out drinking with two other men at two bars in Haringey.

They spent around two hours drinking vodka and champagne at the second bar before being ejected by staff at around 11pm.

Singh returned to remonstrate before going back to his vehicle with the one of the other men and finally driving off at around 12.21am.

ANPR cameras picked up the Golf travelling along Seven Sisters Road, N4 at 1.34am, in very close proximity to the collision site.

Singh's phone number was identified and he was found to have made 53 phone calls between 1.37am and 2.39am.

Thirty-eight of the calls were to one number and the rest to four different phone numbers, proving that he could not have been asleep during that period as he had claimed.

The actual phone he used has never been recovered. 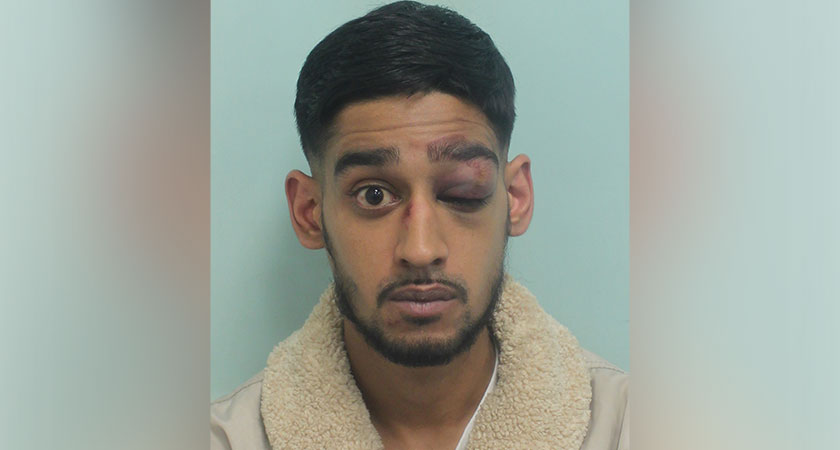 Singh had an eye injury when arrested that was not spotted on CCTV from the night before (Image: Metropolitan Police)

Officers also found Singh had substantial swelling to his eye when arrested, believed to have been caused by the collision.

CCTV from the night before did not appear to show any such injury, while the clothing he had been wearing was also found to be different on arrest.

Forensic evidence from the vehicle further proved Singh was behind the wheel when the vehicle struck Mr Heneghan.

Singh was charged by postal requisition in September 2019.

He was found guilty of perverting the course of justice in March 2021 but was given court bail after the jury could not reach an agreement regarding a charge of causing death by dangerous driving.

On Wednesday, May 11, Singh was convicted of causing death by dangerous driving before being sentenced two days later at Wood Green Crown Court to a total of 14 years' imprisonment.

He received 12 years for causing death by dangerous driving and two years for perverting the course of justice, to run consecutively.

DI Frost said Singh was willing to go to any lengths to avoid paying for his crime.

"By all accounts Frank was a much-loved man," she said.

"He was originally from Co. Mayo in Ireland but had lived in South Tottenham for some time.

"Frank was on his way home having been out for the night with friends.

"The only way to describe Anop Singh is as a coward and a liar.

"He knew exactly what he had done but still attempted to spin a web of lies, going to great lengths in disposing of his phone and clothing.

"He even claimed a family member had awoken him in his car that morning — but that relative refused to confirm that in a statement to police.

"It appears there is little he would say or do to get away with it, but our investigation was able to prove beyond all doubt that he was responsible."