A NEWLY discovered photo of notorious Wild West outlaw Billy the Kid is estimated to be worth millions, after it was bought for just $2 from a junk shop.

The faded image was amongst several other photos in a cardboard box at a shop in California, when a collector bought it in 2010.

Just $2 (£1.30) was paid for the image, which shows the criminal – who has Irish roots - and his gang, the Lincoln County Regulators, playing croquet in New Mexico in 1878.

Rare coin experts Kagin’s, based in San Francisco, will be the exclusive seller of the second-ever authenticated photograph of the legendary gunman.

With so much speculation about his short but delinquent life, The Irish Post decided to find out more about one of the most colourful characters of the Wild West. 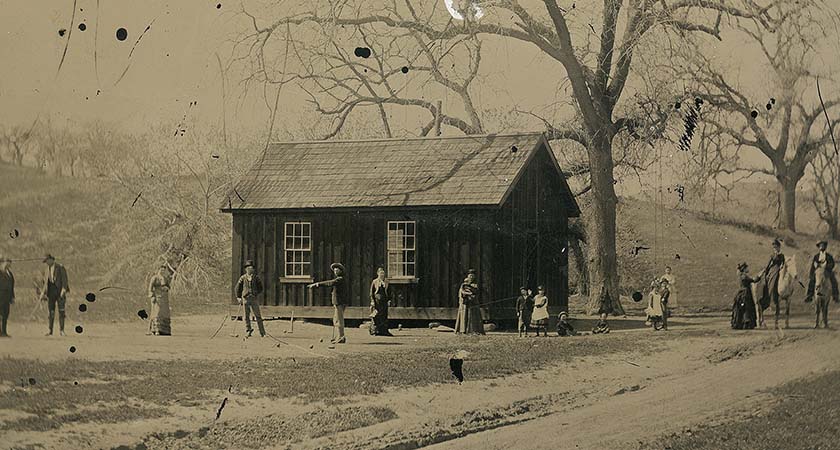 1. His real name was Henry McCarty but he is known in Wild West folklore as Billy the Kid.

2. He was born to Patrick McCarty and Irish-born Catherine Devine in 1859 in New York City.

3. Billy the Kid died at the age of 21, after legend has it he took the lives of twenty-one men, one for each year of his life.

4. McCarty was 5 ft 8 in with blue eyes, blond hair, and a smooth complexion. He was described as having a “friendly” nature, despite his violent ways.

5. In 1877, he moved to New Mexico, where he later became one of the leading gunmen in the epic gangland battle of the Lincoln County War.

6. He was relatively unknown during his lifetime, but was thrown into the public eye for his notoriety in 1881 when New Mexico's governor, Lew Wallace, placed a price on his head.

7. After facing trial for the murder of a local sheriff he was sentenced to be hanged, but he famously escaped the Lincoln jailhouse.

8. On the run and hiding from the authorities, he was spotted in Fort Sumner three months after his escape. The circumstances of his death are not known for certain but it is believed that he was shot by Sheriff Pat Garrett above the chest.

Billy the Kid: 9 fascinating facts behind the story of America's most wanted outlaw

Billy the Kid: Photograph of second-generation Irish outlaw alongside his killer discovered 136 years on