Eight things you need to know about the Maze Prison escape

ON SEPTEMBER 25 1983, 38 members of the Provisional IRA escaped from a Co. Down prison.

It was – and remains to this day – this biggest prison escape in British and Irish history.

Though it was considered one of the most secure prisons in Europe, a carefully plotted escape led to the PIRA members taking over their prison block in Maze Prison, near Lisburn.

Prominent republicans, including Sinn Féin politician Gerry Kelly and the party’s northern chairman Bobby Storey, made a run for it that day – but not all of them managed to stay out of prison for long…

At 2.30pm on the day of the escape, three prisoners using concealed guns that had been smuggled into the prison took control of H-Block 7. All of the prison officers in the block were overpowered by their accomplices and prevented from calling for help. All that was left now was to make their move.

2. They had help from the inside

It was a tricky operation to begin with but the prisoners enlisted one of the guards to help them plot their escape. Brendan ‘Bik’ McFarlane, along with two of the prisoners, subdued the unsuspecting guard who was standing to attention at the gate to H-Block 7 – meaning complete control was taken.

3. They stole the guards’ uniforms

To escape unnoticed, the prisoners stripped the prison guards of their uniforms and put them on themselves. Along with McFarlane, they managed to go unnoticed. They waited for their getaway vehicle before loading up the remaining prisoners.

4. They drove out in full view of the watchtowers

A food truck was their mode of transport – and once they had loaded the prisoners from H-Block 7 inside, they calmly drove the truck out the gates in full view of the prison officers and the watchtower guards. Along with the driver, who was held at gunpoint, there were 38 prisoners in the truck. It was almost 4pm – nearly two hours after they seized control of their block. 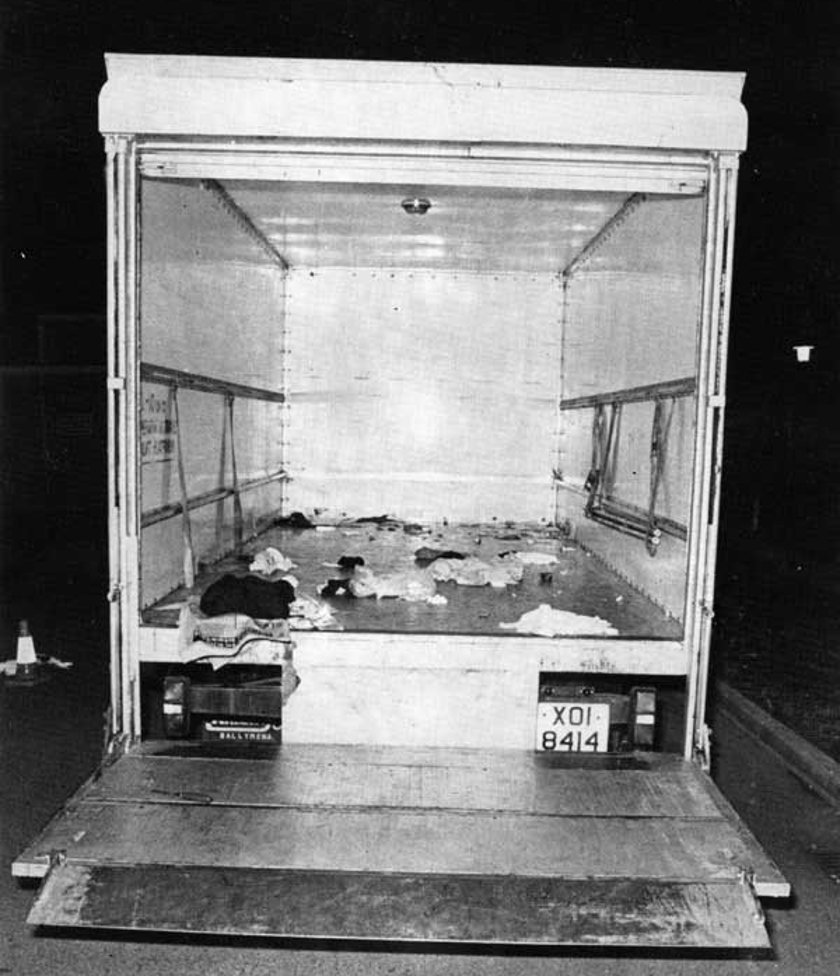 The food truck the prisoners used to escape in. Picture via An Phoblacht

One of the prison officers left behind in H-Block 7 managed to raise the alarm at around 4.05pm but it was too late to prevent the escape. Some of the officers near the gate attempted to stop them but one was shot in the leg by an escapee. The assailant was in turn shot and injured by one of the guards in the watchtower.

6. Not everyone escaped unharmed

The escape was not without violence. Officers were shot, stabbed and beaten as the 38 men made a run for it. One officer, James Ferris, died of a heart attack after being stabbed three times in the escape.

7. Some of the prisoners were recaptured

Fifteen prisoners were recaptured on the first day of their flight to freedom. Over the next two days, four more were captured – leaving 19 on the run. In the years that followed, more of them were recaptured, while some died on active service with the PIRA. Most of those who were recaptured were released under the terms of the Good Friday Agreement.

8. It was the biggest prison escape since WWII

To this day, the Maze Prison escape is the biggest breakout in British and Irish history – and it is also the biggest escape since World War II in Europe.