Jimmy Loughlin, 20, was attacked in his home

THE family of a young man brutally murdered in an unprovoked attack in his own home have revealed their ongoing pain and the questions that remain unanswered on the third anniversary of his death.

Jimmy Loughlin, 20, was attacked with a crowbar in his home on Connolly Street in Sligo town on February 24, 2018.

His neighbour Richard McLaughlin, whom he had never met, broke down the door of his house at around 1.20pm and unleashed his barbaric and fatal attack.

On July 9, 2019, McLaughlin, of The Laurels, Woodtown Lodge, Sligo, was found not guilty of Jimmy’s murder by reason of insanity and was immediately committed to the Central Mental Hospital in Dublin.

The trial revealed that when McLaughlin attacked Jimmy he was suffering from delusions brought on by paranoid schizophrenia.

Jimmy’s parents Michael and Paula Loughlin moved their family to Ireland from their home in north London in 2002.

Michael, whose parents hail from Ballintogher in Co. Sligo and Claremorris in Co. Mayo, and Paula were both born and raised in London.

They began raising their family in Harrow before deciding to move to Sligo – taking eldest daughter Grace, Jimmy and younger daughter Rose with them.

Their youngest daughter Kitty was born in Sligo in 2003.

The couple explain that they made the move to find “a new way of life”, however now, since Jimmy’s death, they live with the trauma of his loss every day. 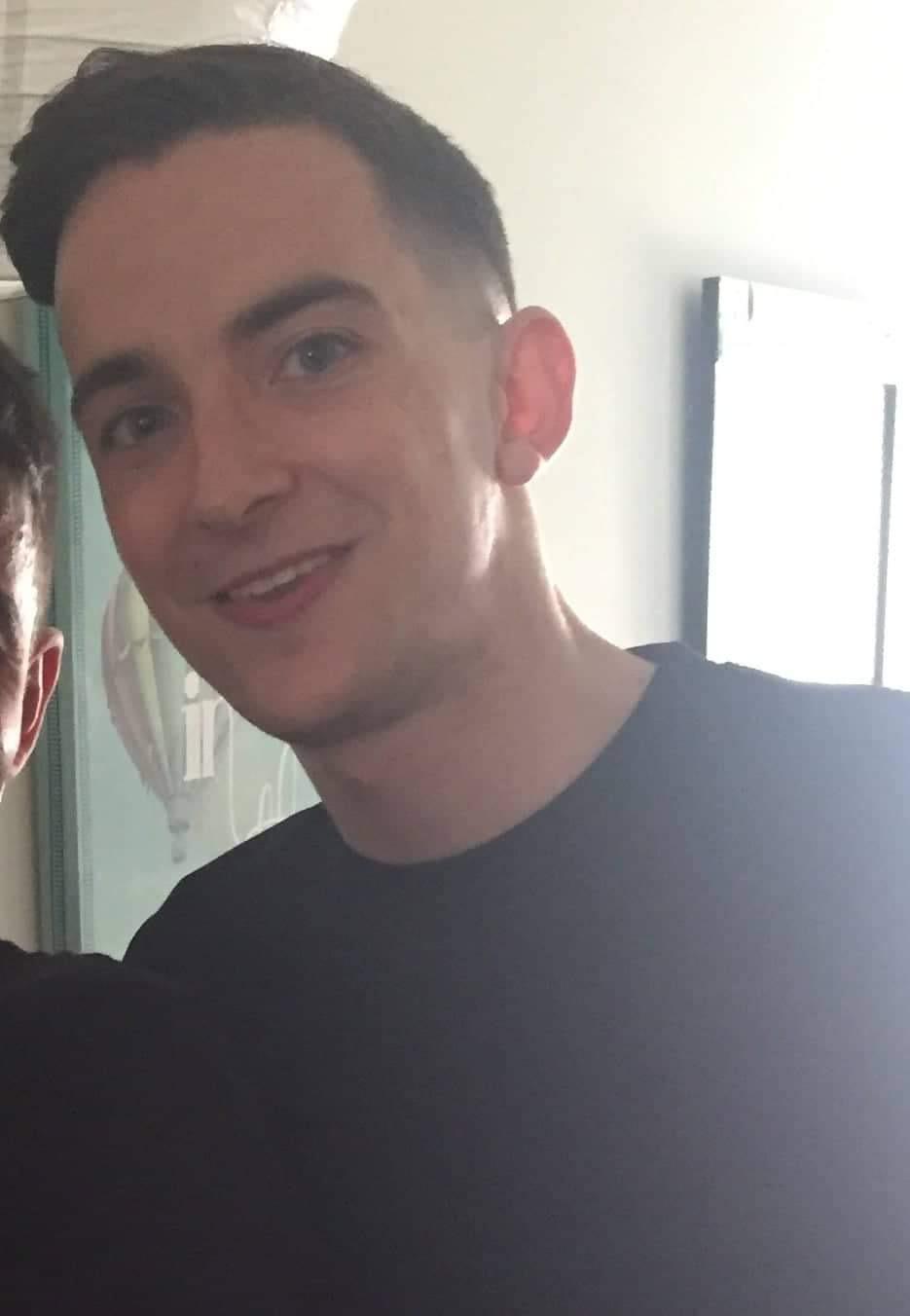 The third anniversary of Jimmy's brutal death falls this week

This week, Mr Loughlin revealed to The Irish Post the pain the family continues to endure as the sombre anniversary of Jimmy’s death falls.

“We will never forget the unimaginable day of February 24, 2018 and every painful day since then being without our only son,” he said.

“This was the day our beloved son Jimmy was murdered in his own house whilst getting ready to go to work, in the most barbaric and horrific way.

“We left our home that afternoon to call into see Jimmy and take him to work, when we got a phone call from Jimmy’s friend telling us there was an ambulance outside Jimmy’s house.

“We drove there as quickly as we could and were met with the road taped off with garda blue and white tape and, despite identifying ourselves to Gardai, we were refused access to see our son as it was a crime scene.”

Mr Loughlin described the desperation felt by himself and his wife as they tried to get to their son.

“We pleaded to be let through, crying in the street, but we were both taken to the garda station in Sligo,” he explained.

Less than an hour later they were told by a detective inspector that Jimmy was dead.

“The aftermath was horrendous,” Mr Loughlin admits, “having to go back home and tell our three daughters what had happened to their special brother will haunt us for the rest of our lives.”

It was not until a year or so after Jimmy’s death that the family learnt that the man who killed him had a history of posting online videos threatening to kill someone, and when his trial eventually began they found themselves sitting merely metres away from him.

“All five of us attended the murder trial at the Central Criminal Courts of Justice in July 2019, and we had to sit through two days of horrific graphic evidence explaining how Jimmy suffered and the brutality inflicted on him for no reason whatsoever,” Mr Loughlin explains.

“The 18-month wait for the murder trial was unbearable and no remorse was shown by the assailant sitting approximately 10 feet away from us.”

Even now, three years later, the family is still waiting on some court matters to be concluded.

“We hoped that all other matters including the Coroner’s Inquest and litigation would have been concluded by now to allow us to move on, instead we are still having to deal with these issues,” Mr Loughlin said.

He added: “The pain for us, our three daughters, family and close friends will never go away, there are so many unanswered questions, and, in any event, we will never have the right answers to help to ease our pain.

“But the murderer Richard McLaughlin was known to mental health services in Ireland for close to 10 years and we demand to know answers as to how such a random attack led to Jimmy’s death.”

The family took the opportunity this week to thank the many people who have been supporting them through their grief.

“Our parish priest Fr Vincent Connaughton, our families and friends in Ireland and London have given us great comfort and support and without that we do not know where we would be,” Mr Loughlin admitted.

And, marking the anniversary of their son’s death, they remembered a young man who was “loved by everyone”.

“Jimmy was completely innocent, he had his whole life ahead of him, yet was taken from us at the age of 20,” Mr Loughlin said.

“He loved Sligo, he was so funny and a real entertainer. He was kind and gentle and loved by everyone who knew him.”

He added: “Now we must stay strong for Jimmy, and our three daughters, as the five of us continue to live in this nightmare - and that will never change. “