A NEWRY family is appealing for help from the public following the cruel theft of a 10-day-old donkey foal from a field near their home this week.

Jessica foal was senselessly stolen from a field on Rathfriland Road at some point during the evening of Monday, May 18.

Her sudden disappearance has hit Jessica’s mum, Martha, hard, according to owner Amanda.

“Her mother is in a terrible state, running in circles and baying in distress,” she told Belfast Live.

“So, we’re worried for her health because she is so distressed and has so much milk and it’ll make her sick if she can’t nurse her baby.”

Jessica’s tender age also leaves the young foal in a highly vulnerable position, out in the world without her mother to help and support her.

It’s not just Martha who has been left reeling from the theft of Jessica either, with Amanda’s two young children, Harry, 8, and Daisy, 4, similarly distraught.

“We’re all so shocked and very upset. Jessica was only born 10 days before she was taken from our field,” Amanda said,” she said.

“We have searched every inch of our farm which is all enclosed and she’s not here.”

They haven’t given up on finding Jessica though or bringing those who stole her to justice.

In fact, they are willing to offer up a financial incentive for anyone who can track her down or has information about her whereabouts. 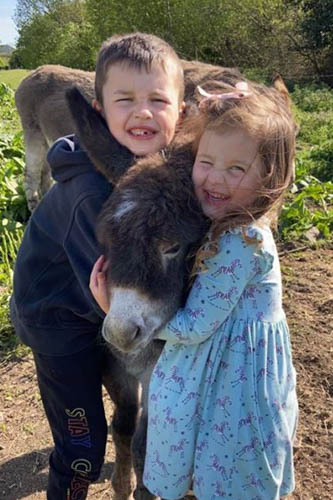 “The police have enough evidence to confirm she has been stolen and we are offering a reward for her safe return,” Amanda said.

The PSNI’s Sergeant Willis said: “The foal is just 10 days old and needs support from its mother.”

“I am urging anyone with any information which may assist with our enquiries to contact police in Newry on 101 quoting reference 2040 of 19/05/20.

“Information can also be provided to the independent charity Crimestoppers on 0800 555 111, which is 100% anonymous and gives people the power to speak up and stop crime.”