A CURIOUS Irishman who recently emigrated from Dublin to begin a new life in Leamington Spa has discovered a 19th century dungeon hidden below his studio apartment.

Daniel Carly said he was “shocked” at the discovery after renting the studio without completing a viewing, and quick read of the lease before collecting the keys detailed no dungeon.

But upon inspecting his new home only one day after moving in, the young Dubliner discovered a trap door just outside the toilet.

He said his immediate thought was: “A bit of underfloor storage for some tools and old paint cans,” which he described as “pretty unexciting”.  But a closer look revealed that there was more to this trap door…a stairs, leading to where? 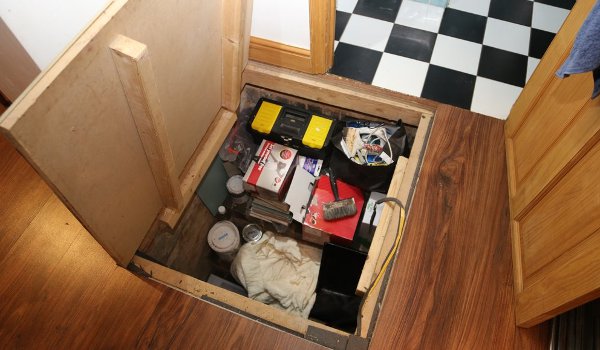 But a hatch door leads to a secret dungeon

“Of course there couldn't be a secret dungeon complex under my bog-standard studio I rented for small money. That only happens in poorly-written movies,” said Carley.

But to his surprise, he learned that his cosy ground floor conversion was part of an old English monastery conversion which dated back to the 19th century and beneath his new home was an eerie network of passages and tunnels.

“I was completely freaked out since it was so unexpected. I suspected the dungeon stretched beneath the entire building, so I sealed the hatch and awaited backup.

“I have a tiny room on the ground floor. Got a great deal on the rent, and didn't realise how much value I got until I moved in and found an area worthy of any movie-grade exploration.” 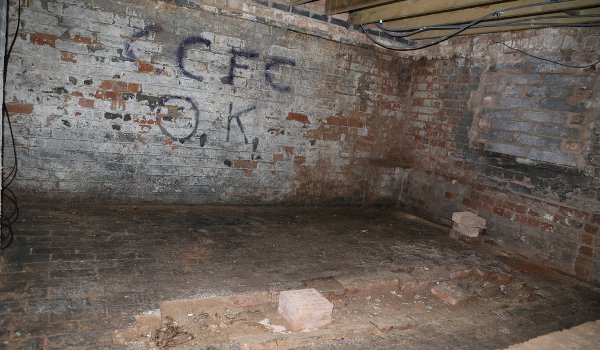 It makes an ideal venue for a party

Now, he says there’s talk of a Halloween party.

“More exploration needs to be done,” he said. “But it's very scary living above it alone.”