AN Irishman who defied death when he fell from a seven-storey building says he's the luckiest man alive as he heads home for St Patrick's Day.

Dubliner Dave Conway, 37, will be celebrating St Patrick’s Day 2018 by being discharged from an Australian hospital, where he has spent the last nine months battling to stay alive.

The qualified carpenter and dad-of-one lost both legs below his knees in the horrific fall, while working on a construction site near Brisbane on July 10 last year.

But the Rathcoole native is delighted to finally be celebrating this March 17 at home with his mum Connie, wife Vivienne and seven-year-old daughter Keisha.

Dave was resuscitated by colleagues after falling 20 metres through scaffolding onto concrete at Lakefront Crescent, Varsity Lakes on the Gold Coast.

After landing feet first on concrete, Dave endured 38 operations and procedures, 82 litres of blood transfusions and two months in an induced coma. 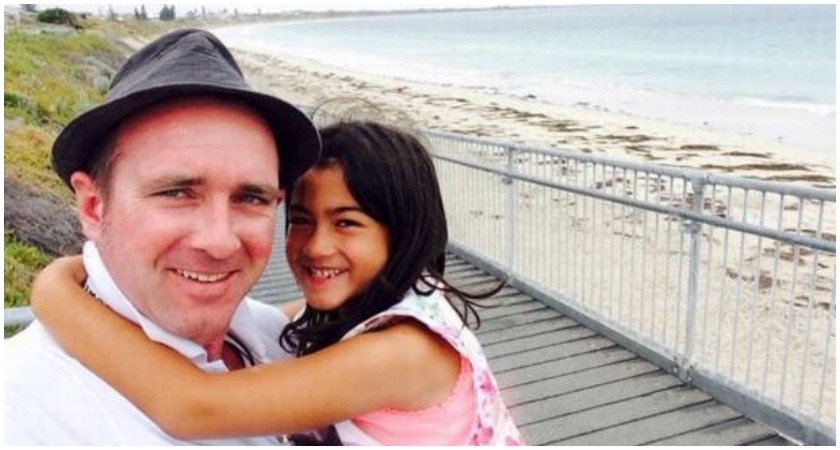 Dave Conway with his daughter Keisha before the accident (Image: 7 News)

Dave admitted he is looking forward to going home again but is a little nervous.

“I put it [surviving] down to Irish endurance. I think I did die and they [doctors] brought me back to life," he said.

"I promised my daughter I’d be around forever, so that was the fight in me the whole time. I am really the luckiest and happiest man alive to be here.

“It will be strange but good to get out of hospital after all this time. I am nervous but that will all ease over time".

He added: “The doctors have allowed me to go out from the hospital for a few hours some days to reacclimatise myself.

"My home is also being modified and a ramp allowing me to get into it in a [wheelchair] has been installed.”

Dave, whose nickname is ‘Dodger’, does not remember anything about his fall and was confused when he eventually woke up from his coma.

“I thought somebody had hit me over the head with something in Surfers Paradise," he said. "That’s the dream I had while I was in a coma.”

Two days after the the accident, his entire family including mum Connie, dad Shay, and brothers Stephen and Richie flew out to be at his bedside.

They didn't know if he would be alive once they made it to Brisbane. 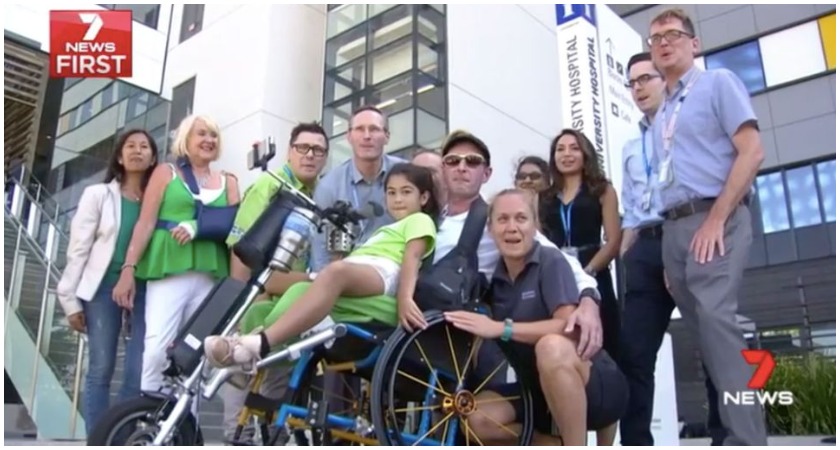 Dave credits his survival to the team at Gold Coast University Hospital in Brisbane (Image: 7 News)

Dave explained: “I didn’t know anything about falling off a building. My dad showed me a video of the area and I was shocked.

"I didn’t know how anybody could survive that. It was all new to me."

The 37-year-old said he was blown away by the dedication of some 200 medics who fought to save his life.

“You would wonder why if a person come in with such a bad condition like that, you’d wonder why they would bother.

"They’re amazing people to say,’look, let’s give this a good crack’. They’re just passionate about their job.

“The Gold Coast University Hospital is probably one of the best in the world. If that was anywhere else, they might have put me in the garbage bin.”

Dave said his injuries brought his family and friends closer together despite his move to the other side of the world in 2002.

Friends and family managed to raise €36,000 to help him with his lengthy recovery.

“It has brought people together," he said. "We were all drifting apart and doing our own thing but it’s drawn everyone together. My friend Tadhg got a Dodger’s army tattoo and has paved the way for many of my other friends to follow suit in support.

“A lot of good came out of it too and if I can get prosthetics I’m back on track.