TWO TERROR attacks have hit France today after a man with a knife killed at least three people in a church, allegedly beheading two of them.

The first incident occurred at the Notre Dame cathedral in Nice, and the second in the town Avignon.

One elderly victim, a woman who had come to pray, was "virtually beheaded" by the attacker who went on to do the same to a male church warden.

He then fatally stabbed another woman, and wounded several other before fleeing.

Police shot and wounded the attacker, who is now in hospital. 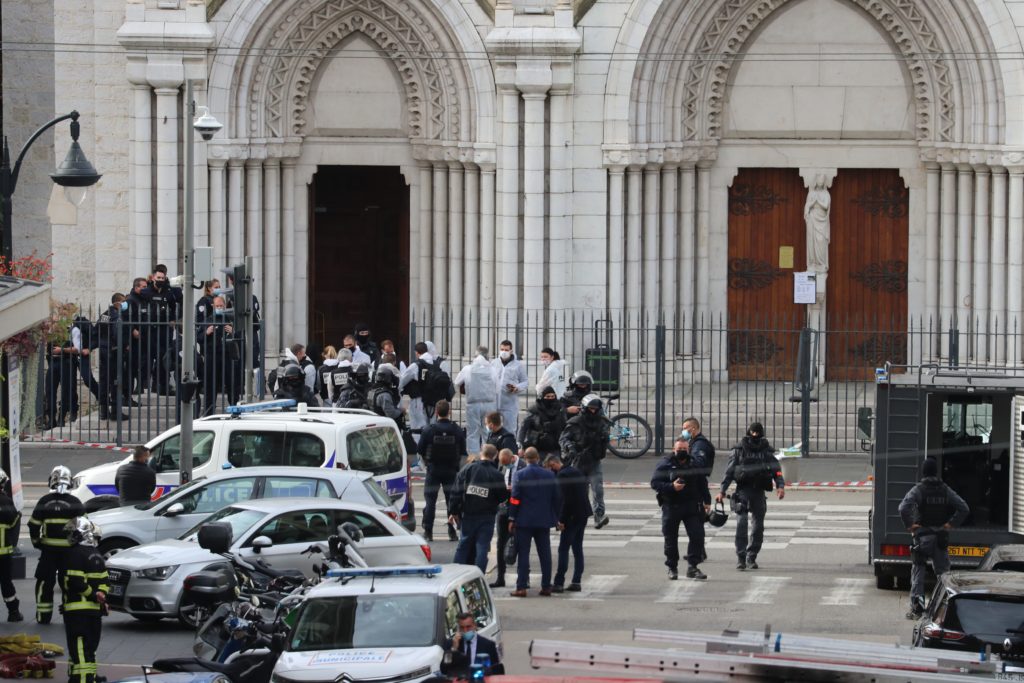 French members of the elite tactical police unit RAID leave after searching the Basilica of Notre-Dame de Nice after a knife attack in Nice on October 29, 2020, as forensics officers prepare to enter.

Nice Mayor Christian Estrosi described the incident as a "terrorist attack at the heart of the Notre-Dame basilica".

Hours later, a man armed with a handgun shouting "Allahu Akbar" (Arabic for 'God is great') was shot and killed by police in Avignon in the south of the country.

It's also understood that a guard was attacked outside the French consulate in Jeddah, Saudi Arabia. A suspect was arrested and the guard taken to hospital. 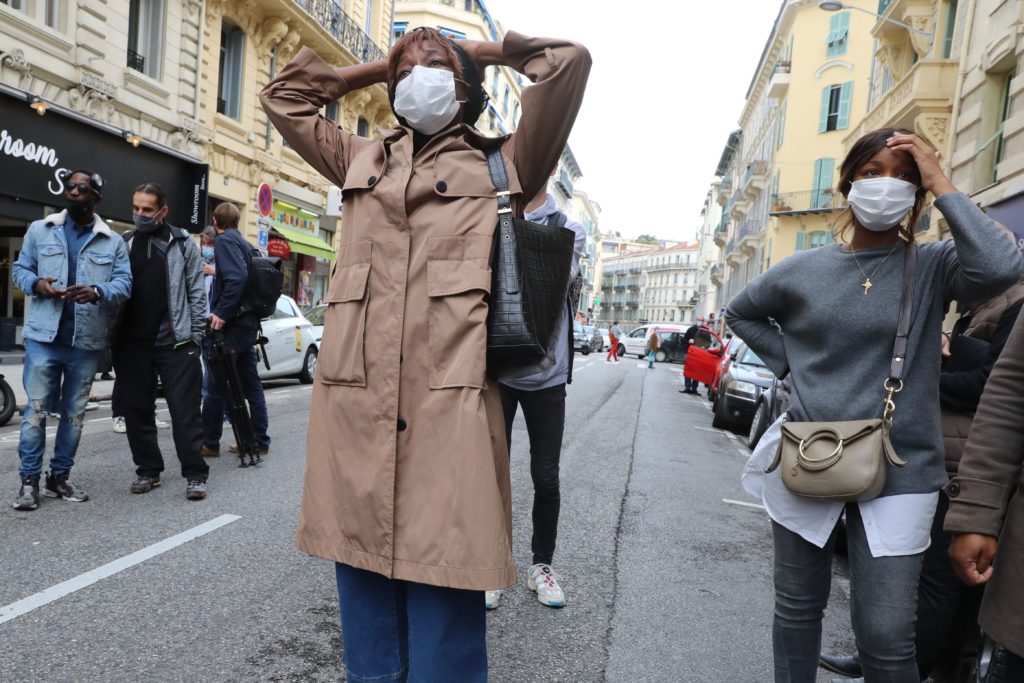 A relative (2nd-R) of the sacristan victim of a knife attack cries in front of the Basilica of Notre-Dame de Nice in Nice on October 29, 2020

The attacks come amid fury from Islamic people at French president Emmanuel Macron for defending satirical cartoons of the Prophet Muhammad.

Less than two weeks ago, French schoolteacher Samuel Paty was beheaded in Paris by a Muslim man because he showed the satirical cartoon in his class during a lesson about free speech.

Son, 32, charged with murder of his own mother, 57, found 'beheaded' in rural Ireland further remanded in custody