IT's no secret that Irish fans have captured the hearts of many French people, but one man took his love for them to the next level by penning an open letter.

Oliver Sauton's Facebook post captures just how much French people have fallen under the spell of the Irish fans.

He penned an open letter last week extolling the charms of the Irish fans.

The letter, written before Ireland's game against the French, opened with the words:

“Sunday your country will face mine in the knockout stages of Euro 2016. Well you know what? If my country wins or yours, I'll be happy.

And I will celebrate. As if my blood is French, my heart, thanks to you and your comrades, is increasingly Irish.”

He wrote about how Irish fans have lifted the mood in the country:

“Dear Irish supporter, you shall never measure how much good you are doing to our country. Before your arrival, here we kept to yell, people went on strike, they broke the shops and pounding it.

"We spoke only of hatred, discord and disgusting lawns of our stadiums. Since you're here, Irish friend, we speak only of generosity, brotherhood and good atmosphere that you put in the stands. In the stands and on the streets too!”

He even lavished  praise on fans who perhaps had a bit too much to drink:

“You do honour to your country, your people, to your ancestors. Even drunk, you're a gentleman. Even with your belly sticking over your shirt, you have class. Even defeated, you're in good spirits.” 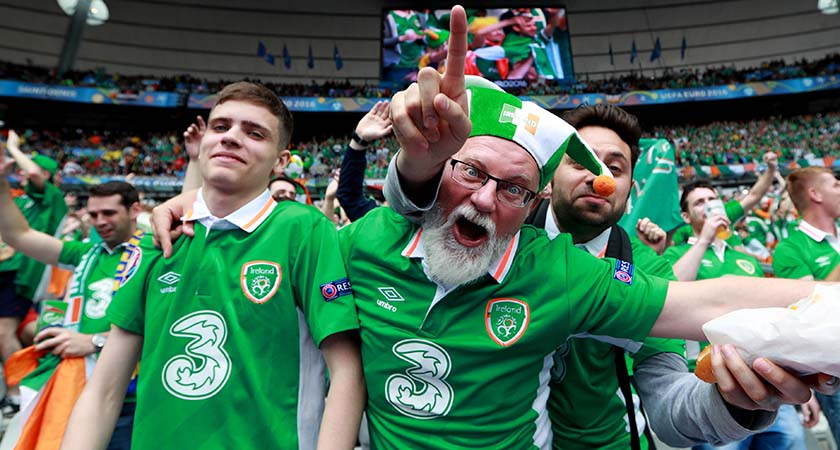 “I love you, the Irish, and I think I am telling the truth when I say the whole France that has fallen under your charm.”

Inevitably he had to address the Thierry Henry issue:

“You remember in 2009, we ripped you off. We played like feet (French expression for rubbish) and it took the hand of Thierry Henry to go to the World Cup.

"But if God is not (maybe) Irish, he must still know one in his family - divine justice - we were covered with ridicule, to make the whole world laugh (even strike history, specialty home ...).”

The Frenchman even considered his own Celtic roots:

“Waiting for the game, I will inquire about obtaining the Celtic nationality. I am even ready to learn your f****** incomprehensible accent. I start this post on social networks as launching a bottle into the sea: I hope it will reach up to you.”

“Have a good game, Irish brother. You can be proud. Because the Euros are not over and yet you've already won.”