Pat and Attracta Murray stand in the ruins of their home in Rathowen after it was destroyed in a fire in December (Image: GoFundMe)

A COMMUNITY who rallied together to raise funds to help an elderly couple rebuild their home have succeeded in hitting their target.

On New Years Eve, local woman Emily Lloyd set up a GoFundMe to help elderly couple Pat and Attracta Murray rebuild their home after it was devastated by a fire in the early hours of 29 December.

The couple thankfully escaped from the blaze with their lives, but lost many sentimental items along with the treasured memories which had been made in their home throughout the years, and were left with nothing but the clothes on their backs.

Launching the Murray Family House Fire Recovery fundraiser, Emily Lloyd of the Rathowen Community Development explained how Attracta and Pat-- who had just celebrated his 90th birthday-- are well-known, well-loved active members of the community in Rathowen, County Westmeath. 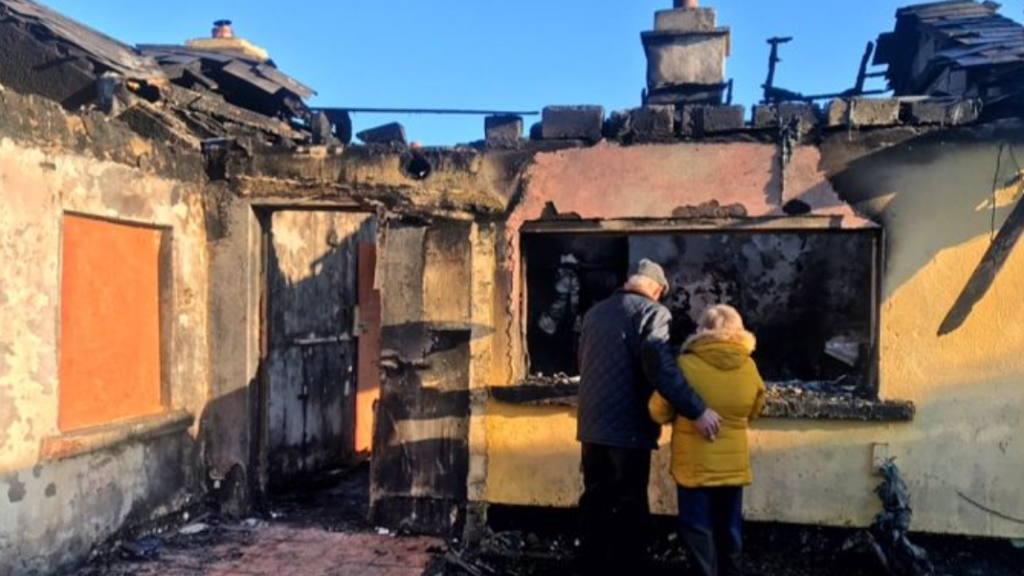 Pat and Attracta Murray stand in the ruins of their home in Rathowen after it was destroyed in a fire in December (Image: GoFundMe)

Attracta was active in the local ICA and is talented at embroidery, with her creations often seen at the altar of the local church, while Pat worked at keeping the graveyard neat and tidy for mourners, and is a "fountain of knowledge", able to regale anyone with stories of people and times gone by.

"The Murray family you could count on in times of need, true neighbours were there when called upon," the petition reads.

"Now, we in Rathowen Community Development are asking if you could please support our efforts to help raise some vital funds to rebuild their home through the go fund me page."

The community in Rathowen and beyond have donated generously, and incredibly, after just three weeks, the Murray Family fundraiser has reached its target-- a breathtaking €95,000.

The money raised will go towards rebuilding Mr and Mrs Murray's house, including refitting any plumbing and electrical which were damaged in the blaze, and the incredible example of a community rallying together to help those in need will not be forgotten.

You can view the fundraiser on GoFundMe here.