We all know Ireland is beautiful-- whether it be the coast, the mountains, the countryside or even the towns, streets and cities, and there's always something magical about seeing something from a completely new angle.

(Just like the time the International Space Station captured an image of the island on St Patrick's Day and we almost lost our minds from the sheer beauty of it.)

The Garda Air Support Unit were patrolling the skies above the capital city earlier this week, and in a rare moment where there was no rain obstructing the vision of the camera, captured a shot of Dublin looking utterly majestic.

The image shows the spectacular green spot of St Stephen's Green nestled among the city centre before stretching out into the suburbs, with the Dublin Mountains visible in the distance.

It's not the first time the Air Support Unit have shared aerial photographs with us peasants on the ground-- just last month, Gardaí shared an image of the city centre brilliantly lit up as darkness descended across the land.

They have also previously captured the sunrise in Wicklow...

Sunrise in Wicklow this morning.

The rugged coastline of Donegal...

Some gorgeous images captured whilst the Garda Air Support Unit were on #OperationFanacht patrols in Donegal today.

An Garda Síochána continue to urge the public to comply with the Public Health Guidelines. Together we can #FlattenTheCurve #StayAtHome pic.twitter.com/2lcbWKC3uo

...and a packed Croke Park Stadium.

Sean: “You’ll Never Walk Alone” from the Garda Air support Unit and all at An
Garda Síochána. pic.twitter.com/tX5qCFxTAp

And while they're all absolutely stunning photographs, nothing will beat the ultimate aerial shot-- Ireland from 410km up in space, on a clear and sunny St Patrick's Day. 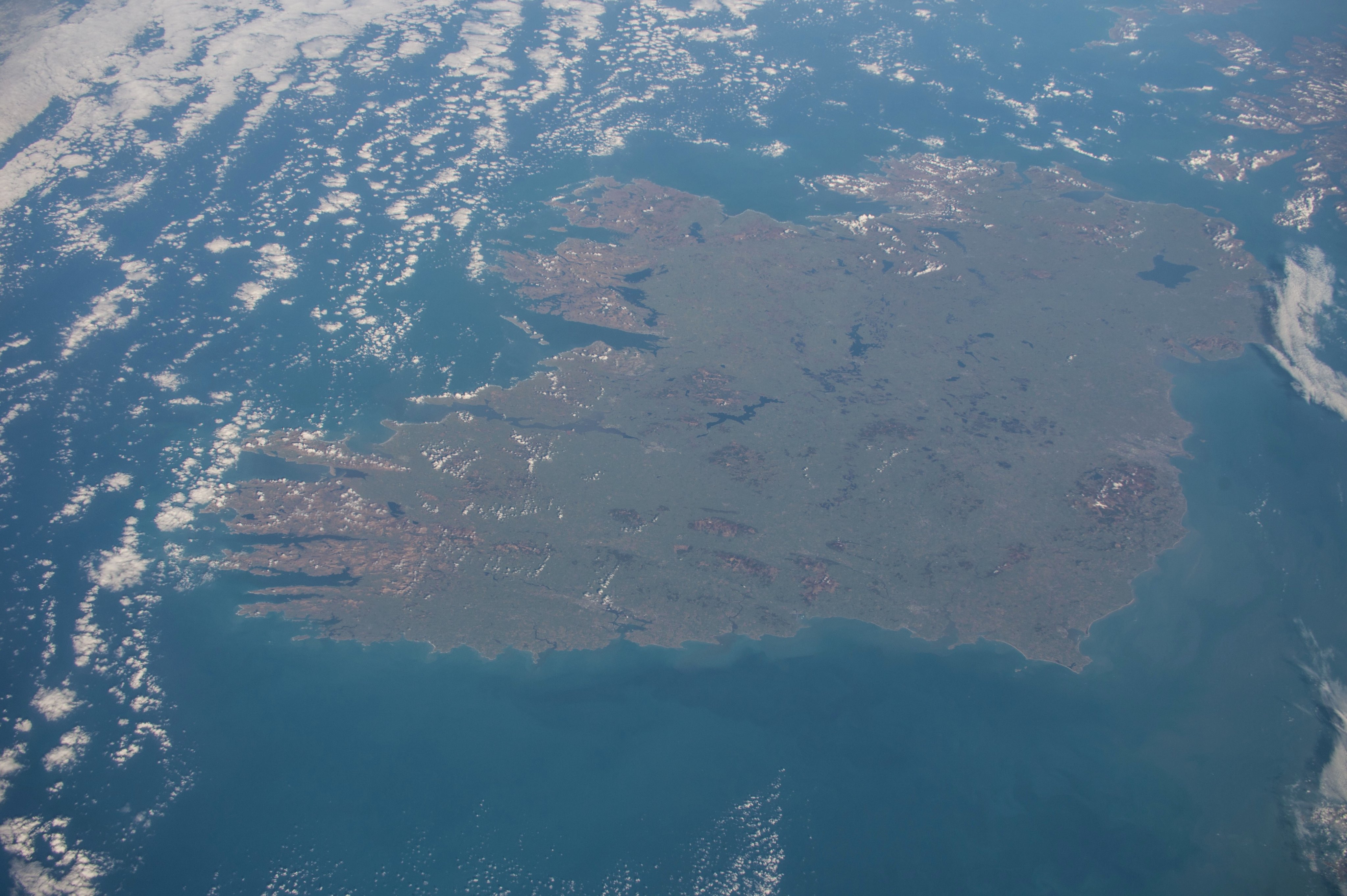