GARDAÍ discovered almost €600,000 worth of drugs hidden in a car after stopping a driver for traffic offences.

Gardaí attached to the Fermoy Roads Policing Unit stopped the car at 2.20pm on Friday while conducting a checkpoint in Mitchelstown, Co. Cork.

The vehicle was stopped for traffic offences, however a search of the car led to the discovery of approximately €380,000 of cannabis and €210,000 of cocaine. 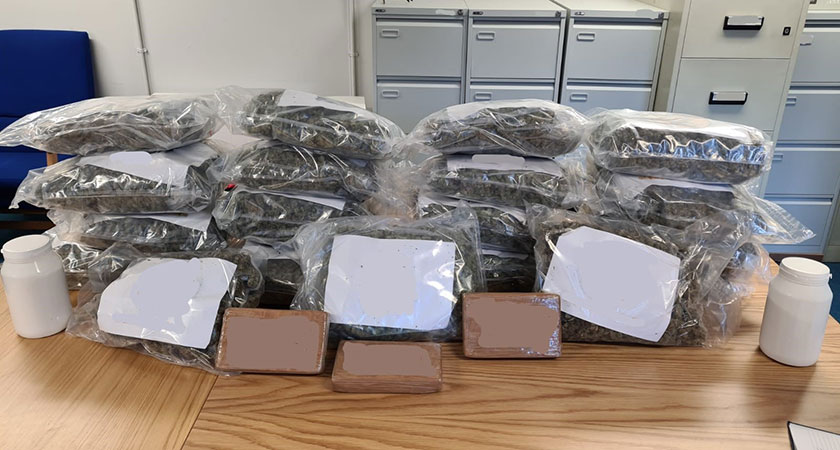 The find was made in Mitchelstown, Co. Cork (Image: An Garda Síochána)

The driver, a man in his 40s, has been arrested and his vehicle seized.