THE MASTERMIND behind a multi-million pound drugs trafficking operation that saw cocaine shipped from Holland to Ireland via Britain has been jailed for 32 years.

James Mulvey, 42, was the head of an organised crime group involved in the importation and supply of class A and B drugs on an industrial scale.

He lived as a ‘ghost’ for 10 years after the operation was uncovered in 2007 and his associates were arrested.

However Mulvey was apprehended in Lithuania on a European Arrest Warrant in March 2017 following a two-year investigation by the National Crime Agency. 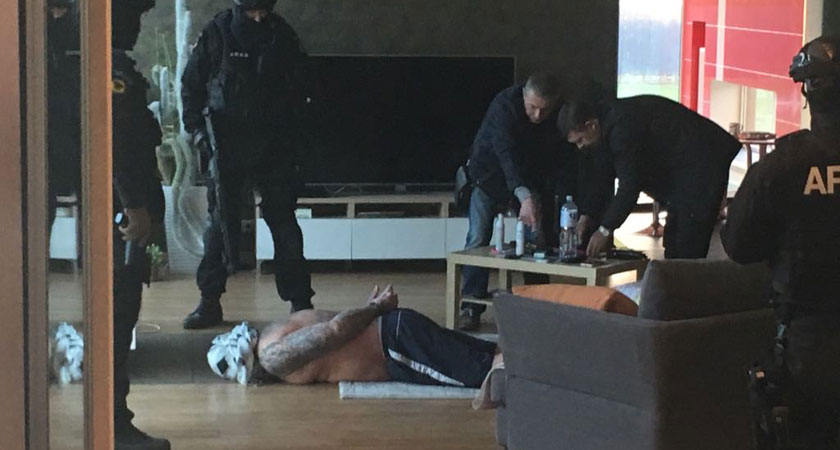 Mulvey is arrested in Lithuania in 2017 (Image: National Crime Agency)

Mulvey, from Solihull, previously lived a lavish lifestyle which included buying a €1.4million villa in Spain, high-end cars and a £1,000 per week cocaine habit.

However he was convicted today at Birmingham Crown Court of four counts of importing and exporting class A and B drugs between May 2006 and February 2007.

NCA investigators worked with law enforcement in Ireland and eight other countries to gather financial and telephone evidence that proved Mulvey was the mastermind behind a large-scale drugs conspiracy in 2006 and 2007.

Mulvey used bogus haulage businesses run by members of his network to import cocaine and cannabis from Holland to Ireland via Britain. 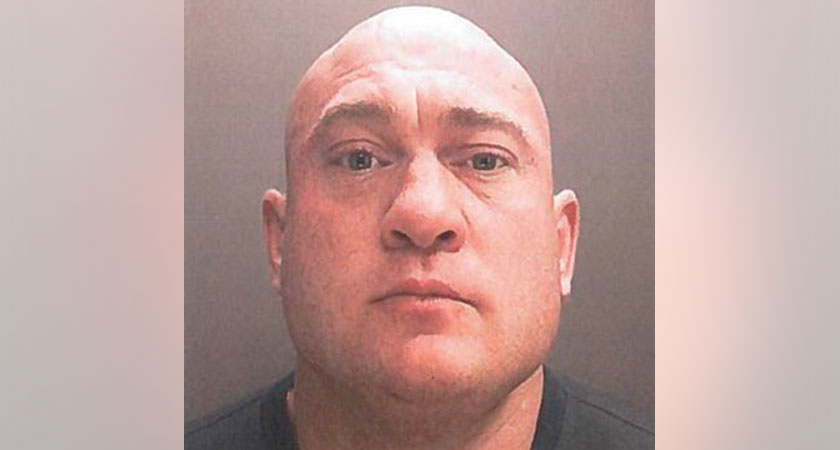 It is estimated the gang smuggled £68million worth of drugs from mainland Europe hidden in metal rollers, however the operation was foiled when a shipment was seized in Belgium in 2007 following a tip-off.

As police swooped on his associates, Mulvey moved to Spain. He went on to live in various countries including Brazil, Holland and Portugal, but returned to Britain in 2012 due to his father’s ill health.

At that point he became the subject of a surveillance operation by West Midlands Police and subsequently by the NCA in 2015.

Despite staying in hotels, continuing to travel abroad and replacing unregistered pay as you go sim cards up to once a week, NCA investigators were able to track Mulvey.

Call records and cell site data linked him to telephone numbers central to the conspiracies.

During the surveillance, a covert recording heard Mulvey admit involvement in another drug operation in which cocaine was imported to Ireland hidden in loads of children’s inflatable sea scooters and miniature Harley Davidson motorcycles.

The surveillance also heard him hint at his illicit connections and standing within the criminal underworld.

A covert recording revealed Mulvey refer to himself and his murdered Irish cousin Gerard Kavanagh as two of four in a fraternity of criminal bosses.

‘We will never stop’

Adam Warnock, NCA Birmingham Branch Commander said: “James Mulvey did his best to live as a ghost, having no conventional footprints in terms of home address, assets or bank accounts.

“Regular changes of phones and constant overseas travel were part of his attempts to evade law enforcement.

Our investigators worked with @WMPolice, @HMRCgovuk, and #lawenforcement partners in nine countries to collate and analyse extensive financial and telephone evidence, which proved Mulvey was the mastermind behind the operation https://t.co/yQpWHKYrjK pic.twitter.com/C7nvL3AUnx

“Over a meticulous two-year investigation in which over 20million documents were analysed, we evidenced Mulvey’s standing within international criminal circles and the damaging impact he has had on local communities.

“When Mulvey returned to the UK after five years, he thought he’d been forgotten by the NCA.

“We will never stop pursuing serious criminals like Mulvey and work with our international partners to ensure we track them down and bring them to justice.

“Our investigation into Mulvey and the proceeds of his crimes continues.”

The NCA are currently investigating 18 other people in connection with the laundering of money from Mulvey's operations.

Man shot by Garda at Covid-19 checkpoint in Cork