WHEN former glamour model Jayne Connery witnessed her mum showing signs of Dementia she gave up full time work to care for her on a daily basis.

Now, nearly two years later, the determined carer is planning to run 29 miles from her home in Buckinghamshire to Kings Cross in London on February 14, 2014 to raise awareness of the illness.

The Irish Post caught up with the fundraiser as she kicked off her training regime with a personal trainer from local sports firm JJP Fitness – who are providing their services free of charge to support the cause.

“I’m not the sort of person who walks anywhere, never mind run,” she said.

“This is definitely a challenge for me, but that’s exactly the point. I wanted to take on a challenge that will help raise awareness of what Dementia is more than anything. In a way the fundraising, which is for very good Dementia charities, is secondary to that.”

For Jayne the onset of her mother’s Dementia proved the start of a period of emotional turmoil which took many months to come to terms with.

“I really want to raise awareness for families of people suffering with Dementia, because I found a total lack of understanding when my mother started to show signs,” she admits.

“From social services to people in general, I found there was absolutely no one to turn to, so I set up a support group on Facebook which now has many members and grows every day.”

She adds: “I hear from people all the time who are in turmoil as their loved ones are showing signs of Dementia and I know how valuable that support network can be.

"If I had someone to talk to at the start I might have understood then – like I do now – that it’s not so bad, it can be maintained and you can still enjoy a happy life with your loved ones.

"Instead we had no no-one to advise us and made the heart-breaking decision to put mum into a home. I may not have done that if I had the support I have had since.” 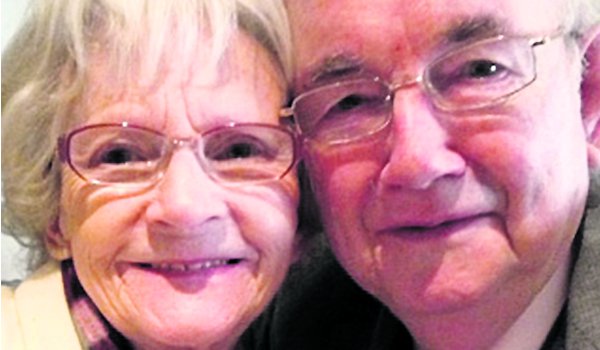 Although still in the early stages of the disorder the Tipperary native is based in a care home in Amersham where Jayne, now her care partner, visits every day.

Ellen’s husband Patrick, who hails from Limerick, still lives in nearby Gerard’s Cross, where the couple settled and raised their family after moving to England from Ireland in their younger years.

While Jayne finds the experience of caring for her mother and running an online Dementia support network ‘fulfilling’ she admits it’s something of a contrast to her previous lifestyle.

“Looking back on the lifestyle I had, my life has definitely changed,” the former model, who previously dated football personalities John Terry and Sven-Goran Eriksson, admits.

“I had a wonderful time, led a very nice lifestyle and that in a way has given me a platform to help raise awareness of Dementia.”

The carer, who now works part-time for an international airline, added: “I have a very fulfilled life now with my mum and I am very happy, but it took a long time to get here and I did give up a lot.”

She added: “I was very close to my mum and after the diagnosis, at my darkest moments, I sometimes wished she had a physical illness so I could still talk to and confide in her.

“That was the most difficult thing to come to terms with, but now I have a great relationship with mum again and I have learnt that Dementia does not have to be such a negative thing.

"But I have had to go along quite a long and windy road to get to that point and now I want to make sure there is help there for anyone else taking that journey.”