Opinion: Golf shouldn’t be back in the Olympics if top players won’t commit

NOT so long ago Zika was known as a virus. These days it is considered an excuse.

At least it is to golfers who – to a man – have cited the presence of the virus in Brazil as a chief reason why they are not travelling to Rio for this summer’s Olympic Games. First it was Adam Scott, then Charl Schwartzel and Louis Oosthiuzen. Next came Rory McIlroy, Jason Day and Shane Lowry.

Jordan Speith may follow, while Graeme McDowell has also withdrawn as his wife is due to give birth while the Olympics are on.

Officially – and undoubtedly in some cases, genuinely – Zika (a disease which can lead to birth defects in new borns) is their reason for withdrawing, even though it hasn’t stopped Katie Taylor and thousands of other athletes from taking the requisite precautions and heading to Rio.

In the aftermath of Jason Day's announcement, Taylor, the Olympic lightweight champion, tweeted: “Another one bites the dust. I wonder what excuse the golfers would have made if there was no virus.”

Another one bites the dust. I wonder what excuse the golfers would of made if there was no virus. https://t.co/z5GUgQVEc2

The answer came a day later when McIlroy admitted for the first time that gold medals did not mean as much to golfers as other Olympians. “I don’t think it’s embarrassing for the game because most other athletes dream their whole lives of competing in the Olympics, winning an Olympic gold, and we haven’t,” McIlroy said.

At least that is the way it is to golfers – a sport which is regularly guilty of self-praise rather than self-analysis.

Absent from the Olympics since 1904, its expansion since then has been unimaginable to those who attended the event at the Games of the III Olympiad in St Louis. Back then, the US Open was only nine years old; the US PGA was nine years away from its first drive; the Masters three decades shy of starting.

There was no Ryder Cup, never mind a European Tour or PGA Tour. No World Cup of golf existed. Nor a Presidents Cup. Yet they’re all there now, fighting for a place on a congested calendar, their tradition built up over the bulk of the last century. 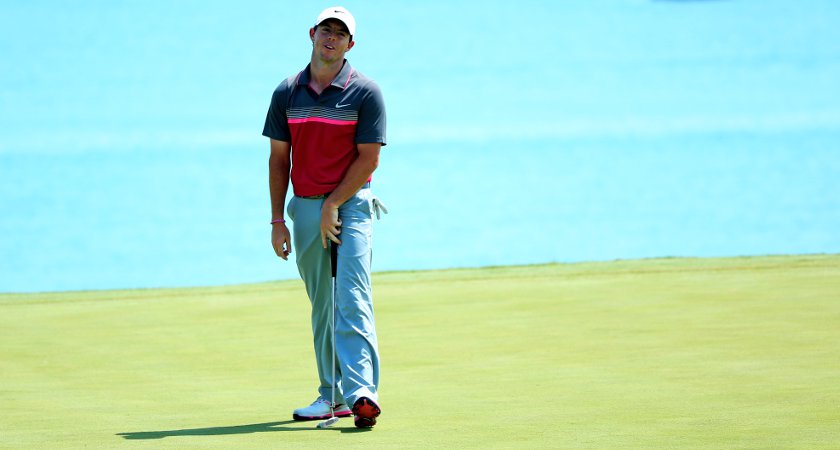 Rory McIlroy has greater priorities [Picture: Getty]
In the meantime, the power of the Olympics has soared, peaked and subsequently declined. To some, like Taylor, it is still the pinnacle. To others, like McIlroy, it carries less importance while to Scott and Vijay Singh, it is simply an annoyance.

“The timing of it, you know I have to focus over here [on Tour],” Singh said. “I would like to play the Olympics, but the Zika virus, you know, and all that crap. … It wasn’t that difficult [a decision]. I feel bad, I wanted to play and finally decided against it. It’s in the middle of the Tour over here and I’m trying to figure out my game.”

As Singh tries to 'figure out his game', everyone else is trying to figure out if a sport where so many of its leading players have shown such an evident indifference to the event, deserves a place in the Games. And some – including IOC member Barry Maister, who won a gold medal for New Zealand in hockey in the 1976 Olympics, firmly believes they should be kicked out.

"I don't think the sport should be allowed to continue in the Games under that scenario," Maister said. "Once they've got in, they have got to deliver. Just getting in with your name, and then putting up some second or third-rate players is so far from the Olympic ideal or the expectation of the Olympic Movement. The Olympics is about the best, and they pledged the best. Quite frankly, any sport that cannot deliver its best athletes, in my view, should not be there."

Arguing back, McIlroy believes there will be a difference in attitude in 2020 when the Games are hosted in Zika-free Tokyo. “A lot of guys are going to start families,” McIlroy said. “Zika is an obvious concern.” Yet not the only fear with Jordan Spieth, the world number two, raising other worries.

“I’ve heard some stories on both sides about the security threats that Brazil and Rio have,” Spieth said.

“Transportation is a big security issue down there, how to get from one place to another with the different kind of violence that we don’t see here. This is a personal safety decision which is going to outweigh any pressure that we feel [to compete].” 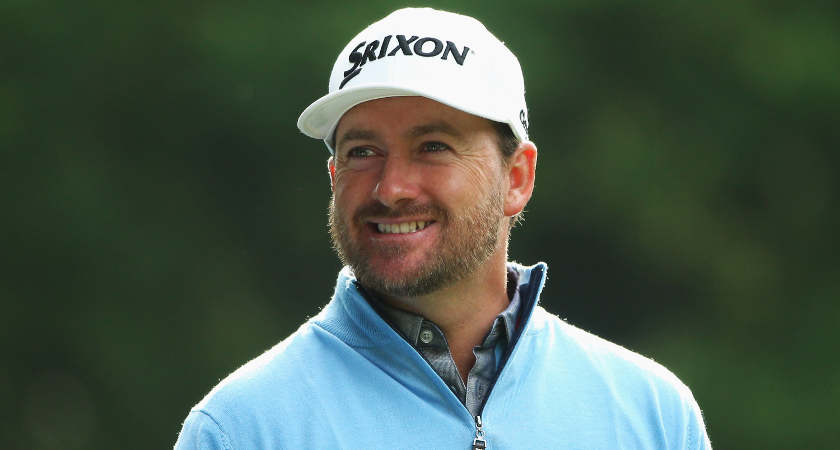 McDowell won't be representing Ireland in Rio either

So as these multi-millionaires deliberate and withdraw – while other, much poorer athletes prepare to slum it – golf’s image takes a battering. Their players look spoilt and ungrateful, well, some of them anyway.

Others – like Bubba Watson, the world number five, have bought into the ideal. "I can't wait,” Watson said. “My wife played professional basketball and she missed out on the Olympics because of a knee injury the one time she had a chance to make the team. So for me, it's an amazing sporting event that I get to be inside the ropes at. I get to see some of the athletes I've always wanted to see. I get to go to some of the events I've always wanted to watch and then I get to play in it."

Henrik Stenson, the Swede, ranked seventh in the world, sang a similar tune: “I’m really looking forward to the Olympics. I think it’s going to be a great experience. And if I could do something for myself and my family and my country by winning a medal, that would be awesome.”

Few disagree. Sadly, those who do only happen to be Stenson's rivals who are not so much out of touch with the rest of society but out of order. For 112 years the Olympics survived without golf and even if its status has clearly diminished over the last couple of decades – it remains a show worth watching and an event worth playing in.