THE final tragic moments of the crew from the search and rescue helicopter R116 which crashed off the West of Ireland coast last month have been revealed.

The details of the exchange between the crew have been revealed in the primary report into the Co. Mayo crash, released last night, April 13.

Helicopter R116, based out of Dublin, had been despatched on March 13, with four crew on board; Capt Dara Fitzpatrick, Capt Mark Duffy, winch operator Paul Ormsby and winchman Ciarán Smith.

But in the early hours of March 14, the helicopter lost contact with the Coast Guard and a large scale search and rescue mission began.

The bodies of Capts Fitzpatrick and Duffy were retrieved, but Ciarán Smith and Paul Ormsby remain missing. 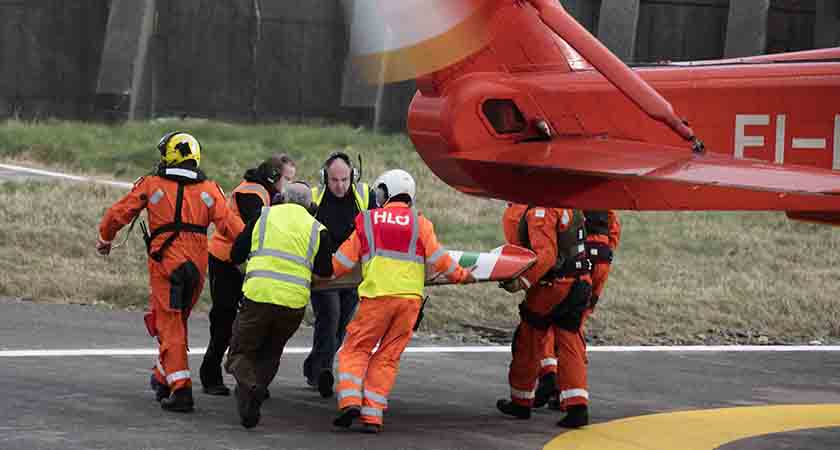 Search teams have recovered debris of helicopter SAR 116 which has been missing off Mayo since March 14. (Picture: Eamonn Farrell/RollingNews.ie)

The helicopter was retrieved from the seabed near Black Rock lighthouse, where investigators initially said the rear of the aircraft had "contact" with the rocks on the small island.

Now, the report into the primary findings of the aircraft's black box revealed that the crew identified the island, and attempted to "come right" before impact.

The helicopter was also equipped with a EuroAvionics EuroNav 5 moving map display which had a number of maps/charts available for selection.

But the exact information in relation to Black Rock and the Lighthouse varied from none, to detailed, depending on the selected map/chart. 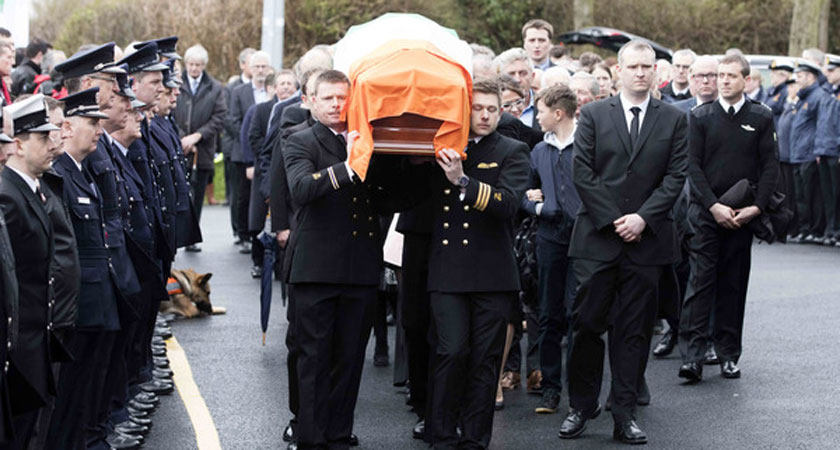 The audio of the crew is detailed on three channels; Capt Fitzpatrick and Capt Duffy each on separate channels and Paul Ormsby and Ciarán Smith sharing a channel in the rear of the aircraft.

"Looking at an island just in, directly ahead of us guys, you want to come right," the rear channel says.

"We're gone," Capt Mark Duffy says, before muffled sounds are picked up on the audio.

The helicopter then rapidly "pitched nose up" during the two seconds prior to the initial impact.

The investigation team have said that a further investigation will be carried using the recorded data, an assessment of mission management and human and aircraft performance.