A MAN has been shot dead by police after opening fire on the steps of New York City cathedral.

The incident occurred this past Sunday, just moments after an outdoor Christmas concert had concluded on the steps outside the Cathedral of St. John the Divine.

A choir had just was lingering on the cathedral steps, having just finished their performance, when the gunman approached the doors of the church and opened fire.

The man, who was said to be in his 50s, fired two hand guns into the air before police intervened.

Two New York police officers and a sergeant were present at the scene and immediately returned fire with a police source confirming that the suspect was struck once in the head.

The man was later pronounced dead at St. Luke's Hospital.

According to multiple witnesses the gunman was heard yelling the words “kill me”.

The motive behind the man’s actions is so far unknown.

Two semi-automatic firearms were retrieved from the suspect, along with a bag thought to belong to the gunman which contained a can of petrol, some rope, wire, multiple knives and a bible. 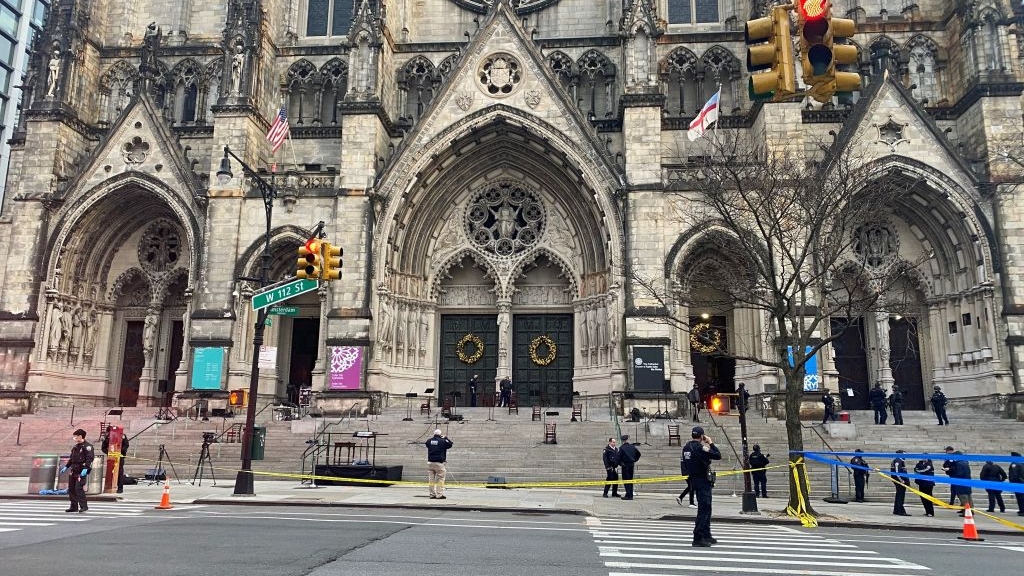 Isadora Wilkenfeld, a spokesperson for the Cathedral of St. John the Divine, said she was thankful "none of the attendees were hit.”

"It is horrible that our choir's gift to New York City, a much-needed afternoon of song and unity, was cut short by this shocking act of violence. We will remain strong, together, and serve as a safe space for prayer, meditation and celebration during the upcoming holiday season."

The NYPD is set to review body camera footage as part of an investigation into the incident.