THE HEALY-RAE brothers – seldom known to shy away from controversy – publicly lambasted Labour’s proposal for a zero Covid strategy in the Dáil on Wednesday.

In a dramatic turning of the tables, the brothers came under fire themselves from Labour's Duncan Smith, who questioned their credentials as ambassadors for working people.

Mr Smith’s party had called on Government to pursue a "National Aggressive Suppression Strategy", similar to a Zero-Covid policy, to combat the spread of the virus.

The strategy would aim to "get it down so low, that we get it down to double digits, that we can give Ireland a chance, that 2021 will be different to 2020", according to Party leader Alan Kelly.

It was met with approval by a variety of party members in the Dáil including, among others, Sinn Féin's David Cullinane, Social Democrat's Róisín Shortall and Richard Boyd Barrett of People Before Profit, whose party has advocated a Zero-Covid approach since autumn, RTE reports.

Minister for Health Stephen Donnelly even conceded that the motion contained "many, many very good ideas".

Other independent TDs, including the Healy-Rae brothers, were less enthusiastic about the ambitious proposals.

First to the take the floor was Michael Healy-Rae, who described the party as the "lost Labour Party of today, who are walking in the political wilderness" and accused them of "just trying to make themselves relevant in the whole political landscape today". 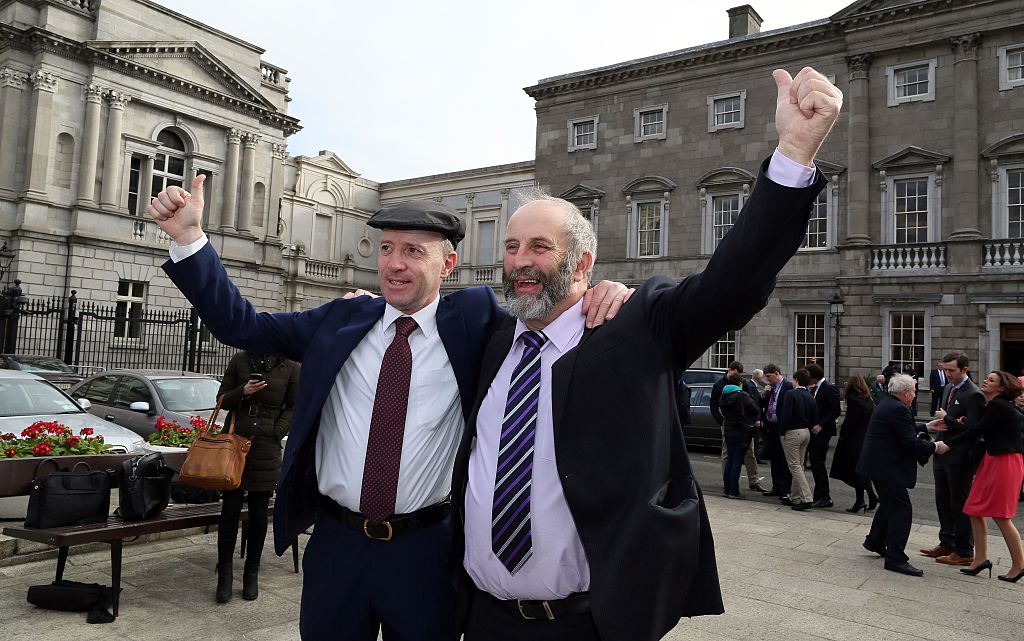 Michael Healy-Rae pointed to the motion as evidence that Labour is out of touch with the workers and small businesses that it’s meant to champion.

Following suit, Danny Healy-Rae said, "take for instance somebody trying to build their own house and getting in carpenter or a plumber, just to do work to finish off a house... do you realise that people need to finish off their homes?".

TD Duncan Smith, who could be seen shaking his head during the brothers’ speeches, took the floor to have the final word in the debate.

"I remember, as a kid in the 1980s, having to take any work going, hanging doors in Finglas just to put a roof over our heads and food on the table. I remember that.

"I spent my teenage years working on sites, filling skips. Did they? Or were they driving their Mercedes into their big plant hire shops, walking past all of their machinery, worth hundreds of thousands, to count all their money, to count up all their properties”.

A visibly agitated Danny Healy-Rae shouted from his chair but was inaudible to the large Convention Centre as his microphone was off.

The speaker intervened saying that Duncan Smith had the floor. Deputy Smith also shouted in response: "I'm not going to be lectured on understanding workers, I don't have to put on a political costume and a caricature to pretend I'm working class like some, they do".

Minister for Health Stephen Donnelly sat back in silence for the most part as the standoff continued, though looked slightly bemused as Mr Smith took a swipe at the party of “privilege”, Fianna Fáil, of which he is a member.

'A horse isn't a human': Irish TD defends Gordon Elliot over images of him posing on dead horse